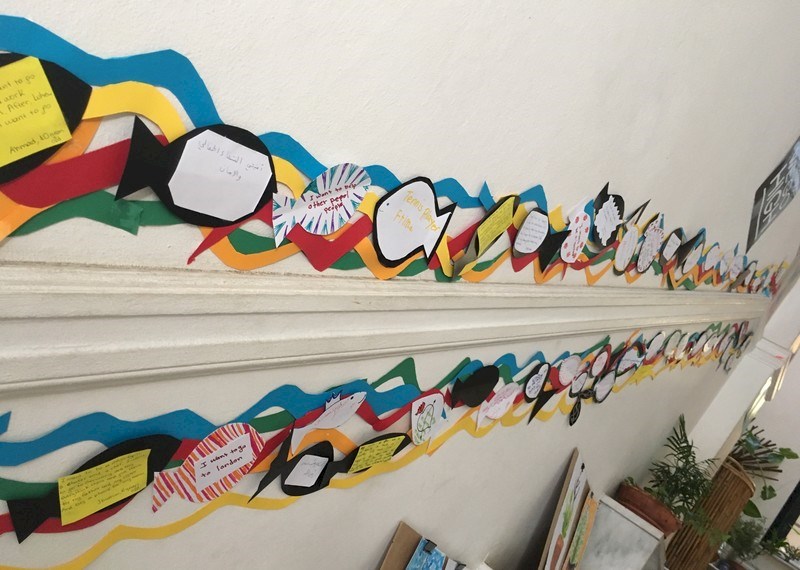 A safe haven for refugee women in Greece

A woman with a white scarf slung around her head is singing in Farsi. Her voice is soon joined by other women sitting around a wooden table.  A colorful blanket hangs on the wall behind them, and a white door with green shutters opens up into a terrace filled with lush, green plants. Birds are chirping loudly in the background.

When we close our eyes, it’s hard to believe that we’re in a building in the centre of the Greek capital Athens. The contrast is stark to the refugee camps in or near the city, where thousands of people are living difficult and uncertain lives after European countries closed their borders.

Luckily, Greece is also filled with warm hearts and people who do their utmost to treat refugees with dignity and care.

Spread over two floors decorated with art and drawings, the organization Melissa offers a safe haven for women who are trying to make a new life in a foreign place. The organization is run by a network of migrant women providing workshops and courses for other migrant and refugee women. Their main goal is to empower them to take control over their own lives.

“Melissa means honey-bee in Greek. The whole point was to use it as a metaphor for migrant women coming to Greece from all over the world, bringing in stories of suffering and separation but also ideas, skills, talents and hopes for the future and all the things that they contribute to the weaving of the social fabric in this society”, said Nadina Christopoulou, a Greek anthropologist and one of the co-founders of Melissa. The idea emerged many years ago, after extensive fieldwork with migrant communities. 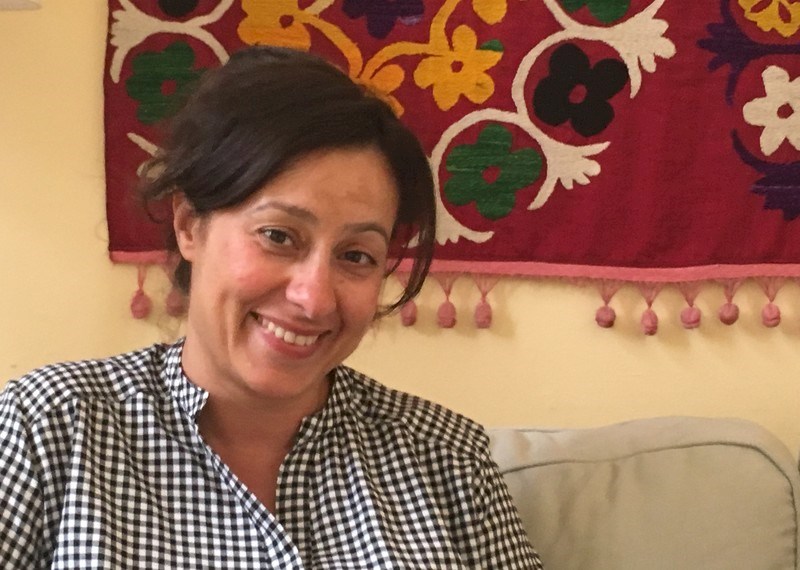 Nadina Christopoulou, a Greek anthropologist and one of the co-founders of Melissa. © Amnesty International

“There were all these wonderful inspiring leaders in the migrant communities, but there wasn’t sufficient communication between them. The idea was to create a bridge that would bring together women of diverse origins, a common platform where they could meet, talk, support one other, and try to find common solutions to their common problems”, Nadina said.

The official opening of Melissa Network’s day-centre in 2015 coincided with the escalation of the refugee situation in Europe.

“The immediate response was to become actively engaged in the humanitarian efforts”, Nadina said.

“When the borders closed, we realized that the refugees today would be our neighbors tomorrow”.

Now the centre offers an integration pathway consisting of literacy support, psychosocial support, information, and art and creativity activities, among other things. Everything is based on the idea of building trust and community.

“For us it was important not to deal with the notion of a refugee woman as a victim and as a passive recipient of services, but as an active agent of change”, Nadina said.

Recently Amnesty International held two workshops in Melissa. The aim was to discuss with women visiting the centre what makes them feel safe in a foreign country and how they can advocate for their own demands.

“We learned a lot from the women here and saw first-hand how empowering initiatives like Melissa can be. These women are not powerless victims, they have certainly suffered, but they have clear ideas about what they want and need. They are also not afraid to demand what they need if opportunity given.” said Irem Arf, Amnesty International researcher.

A woman who lived in one of the Elliniko camps in Athens before it was evacuated on June 2, told Amnesty that she took the bus to Melissa every day.

“I have many problems, but when I come to Melissa I feel much better”, she said.

Most women coming to Melissa live in refugee camps or other accommodation provided by the UNHCR and other organisations. 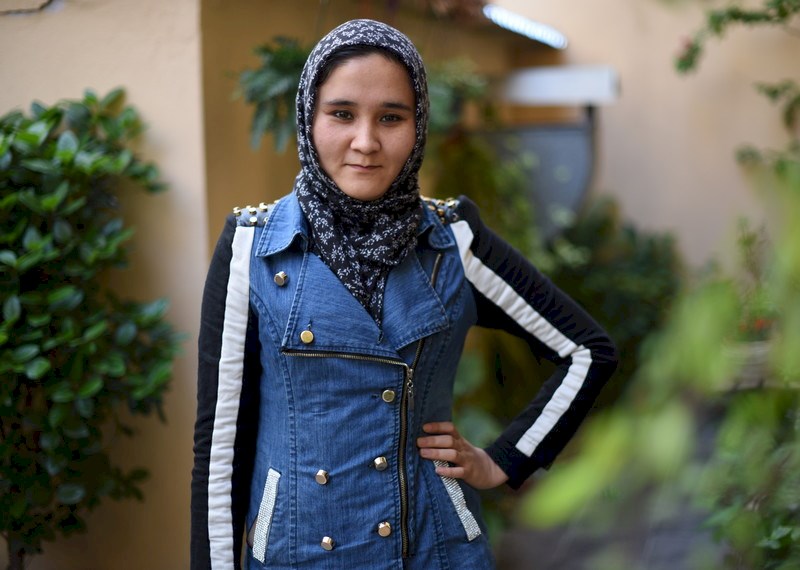 16 year old Marzia from Afghanistan regularly attends English classes at Melissa. Her eyes filled up with tears when talking about her eight months in the Elliniko camp.

“It was a very bad situation there,” she told Amnesty.

“At Melissa I feel very safe. I’m happy here, I pass the time with good people and I want to learn something”.

When Marzia spoke with Amnesty, she was living with her family in an apartment in Athens. Unlike many other refugees living in limbo in Greece, they have now been granted family reunification, so that they can go and live with Marzia’s brother in Sweden.

“We want to be together, all the family. My brother would also like to become a politician. We want to study together,” Marzia said.

Women and children have made drawings of fish filled with different quotes outlining their hopes and wishes. – © Amnesty International

Next to the stairs leading up to the second floor, women and children have made drawings of fish. The fish are filled with different quotes outlining the author’s hopes and wishes. A six year old boy wants to go to Germany to “buy everything there” and give it to his father and sister.

“There’s a lot of trauma that comes our way. People come with a lot that’s kept inside and because this is the first safe environment they find along the way, sometimes it breaks out,” Nadina said.

“We try to see it as a communal healing process and we try to all stand together and help one another in this”.

The majority of the people working at Melissa are migrants themselves, so they know only too well the anxiety and uncertainty most of the women are dealing with.

“They’ve coped with similar situations themselves. Empathy is their main tool,” Nadina said.

Nadina cannot emphasize enough how amazed she is by the women coming to Melissa.

“These women are exceptionally intelligent, composed and mature. They’ve been through so many difficulties, but they have so many ideas about their future. So many hopes, so many things to look forward to. We realize that these are opportunities they would never have had if they remained in their countries,” she said.

For Nadina, her favorite activity at Melissa is their weekly poetry workshop.

“To see these young women sitting around the table writing and reciting their poems, expressing their wishes for the future, their desires to make a life, to get an education, to get a sense of control of their own lives – it’s a wonderful moment. But what it reminds you is that their journey is taken because there are no life prospects for them otherwise.”