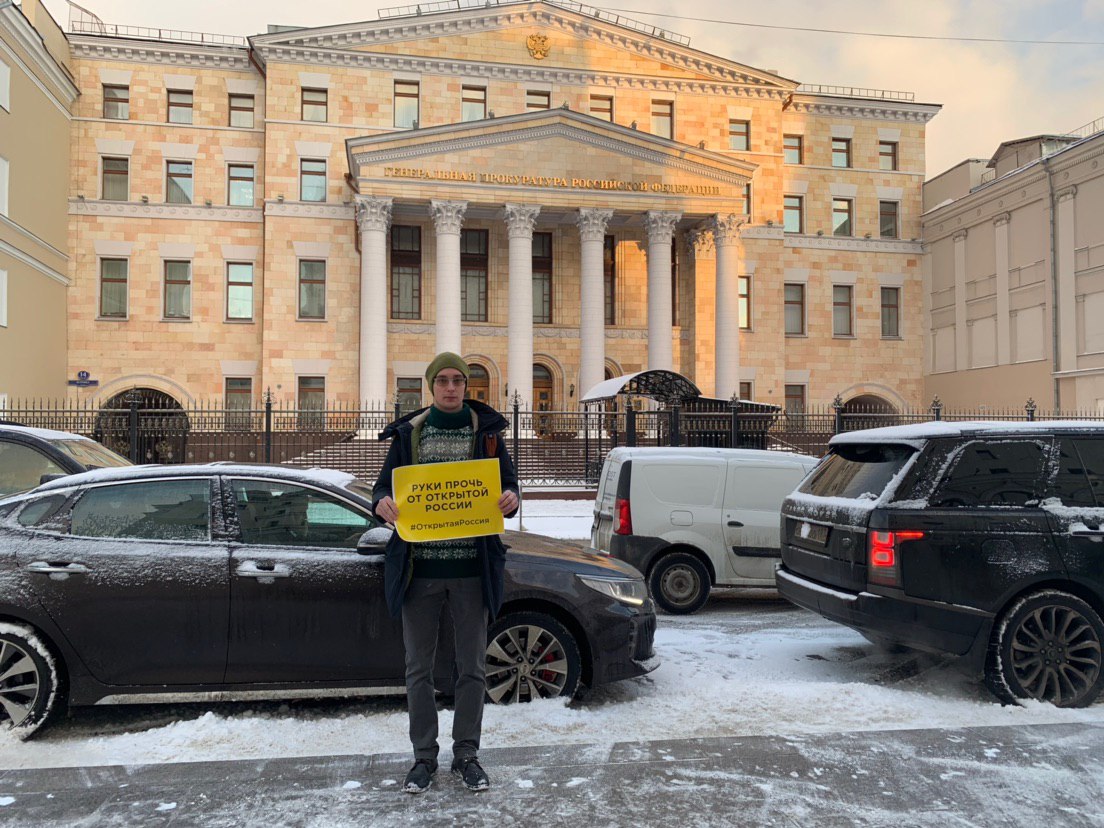 The Russian authorities have for the first time used the repressive “undesirable organisations” law to open a criminal case against human rights defender Anastasia Shevchenko, exposing her to the risk of a six-year prison term, Amnesty International said today.

This morning Anastasia Shevchenko, a Coordinator with the Otkrytaya Rossiya (Open Russia) movement, was charged with “repeated participation in the activities of an undesirable organisation.” Until now, violations of this law were punished under administrative law.

“In recent years, the Russian authorities have pursued a policy of suffocation and criminalization of dissent. The Open Russia movement has become the latest victim of this crackdown,” said Natalia Zviagina, Director of Amnesty International’s Office in Russia.

“It is extremely troubling that this sets a new precedent: and will be the first instance when a human rights defender is prosecuted under the Criminal Code for alleged cooperation with “undesirable organisations”. If applied broadly, this practice will have far-reaching implications for the right to freedom of expression in the country, as the authorities expand their toolkit for imprisoning human rights defenders and activists in Russia.”

In recent days, police have opened criminal investigations, conducted searches and arrests of Open Russia’s activists across the country.

On 21 January, police raided homes of six Open Russia activists in Rostov-on-Don (Southern Russia) and Kazan (Central Russia). A criminal investigation was opened against Anastasia Shevchenko, the movement’s Coordinator in Rostov-on-Don. This is the first-ever criminal case opened under Article 284.1 of the Criminal Code, according to which a repeated alleged violation of the law on “undesirable organisations” is a criminal offence.

On 17 January, Open Russia Coordinator in Pskov Liya Milushkina and her husband Artyom Milushkin were arrested and accused of selling drugs, an offense punishable by up to 20 years’ imprisonment. Artyom, who is also a political activist, previously reported that police officers threatened to plant drugs on him during his recent arrest in November. Amnesty International has interviewed several associates of the Milushkins all of whom are adamant that the criminal case against the couple is fabricated. Amnesty International has documented a number of cases in which activists have been prosecuted on trumped-up drug charges, including human rights defender Oyub Titiev who is currently standing trial in Chechnya.

On 18 January, police filed a case against Open Russia Coordinator in Krasnodar Yana Antonova for posting a video about the shortage of schools in the region. She was charged with “participation in the activities of an undesirable organisation”, this is an administrative offence when “committed” for the first time.