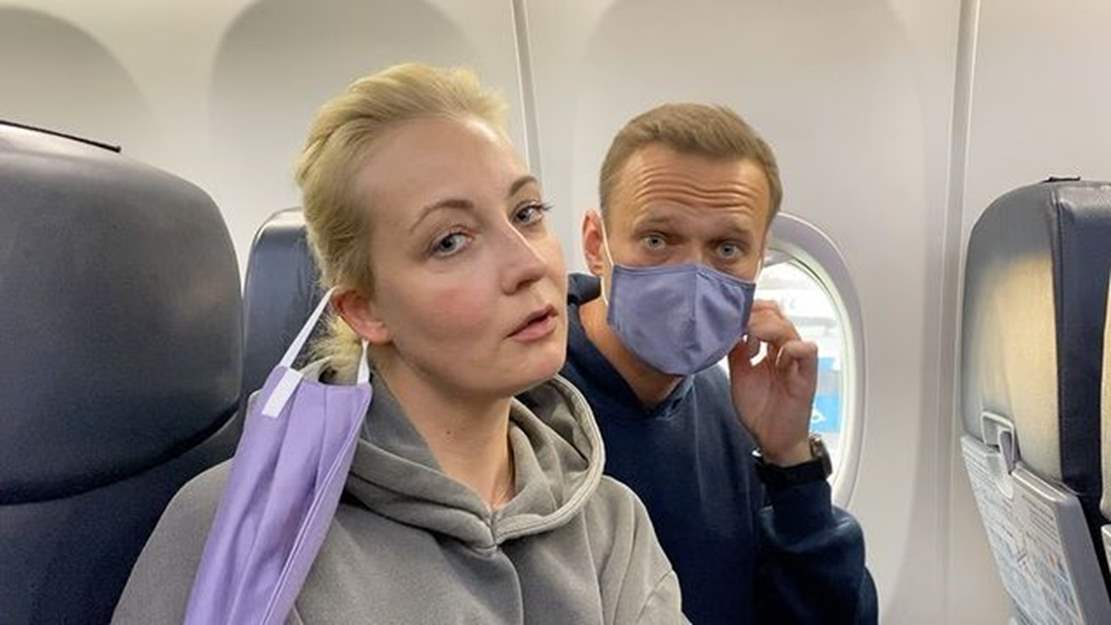 Russia: Aleksei Navalny becomes prisoner of conscience after arrest on arrival in Moscow

Russian authorities must immediately and unconditionally release prominent Kremlin critic, Aleksei Navalny, detained minutes after he arrived at Moscow’s Sheremetyevo airport from Berlin, Amnesty International said today. Navalny had been recovering in the German capital after being poisoned in Siberia in August.

“Aleksei Navalny’s arrest is further evidence that Russian authorities are seeking to silence him. His detention only highlights the need to investigate his allegations that he was poisoned by state agents acting on orders from the highest levels,” said Natalia Zviagina, Amnesty International’s Moscow Office Director.

“The Russian authorities have waged a relentless campaign against Navalny. While he was recovering in Germany, the Russian Federal Penitentiary Service demanded that he immediately present himself to a probation officer or face prison for violating a non-custodial criminal sentence, which was based on politically motivated charges. He has now been arrested on trumped-up charges of fraud.”

“The authorities handled Aleksei Navalny’s arrival as a fully blown security operation with hundreds of police officers summoned to the Vnukovo Airport, arresting and pushing out Navalny’s supporters into -20°C cold. They didn’t even stop at redirecting the flight to another airport, Sheremetyevo.

“All Navalny supporters and journalists detained in Moscow Vnukovo Airport must be immediately and unconditionally released. Their only crime – is wishing to greet Aleksei Navalny or to cover his arrival in Russia.”

Aleksei Navalny has been deprived of his liberty for his peaceful political activism and exercising free speech. Amnesty International considers him a prisoner of conscience and calls for his immediate and unconditional release. The organisation reiterates its call to the Russian authorities to open a criminal investigation into Navalny’s poisoning and ensure that all those responsible are brought to justice in fair trial proceedings. The Russian authorities must end their campaign of intimidation and political persecution against their critics, including the staff members and supporters of Navalny’s Anti-Corruption Foundation.

Popular political activist, founder of the Anti-Corruption Foundation and author of numerous groundbreaking investigations exposing corruption among Russia’s top officials and politicians, Aleksei Navalny narrowly survived what has since been independently confirmed as poisoning by Novichok nerve agent on 20 August 2020.

He has been tried and convicted in two separate, politically motivated criminal cases in previous years. On 29 December, the Russian Investigative Committee levelled new charges against Navalny, accusing him of embezzling 356 million rubles (4.9 million USD) in donations to the Anti-Corruption Foundation and affiliated non-profit organisations.