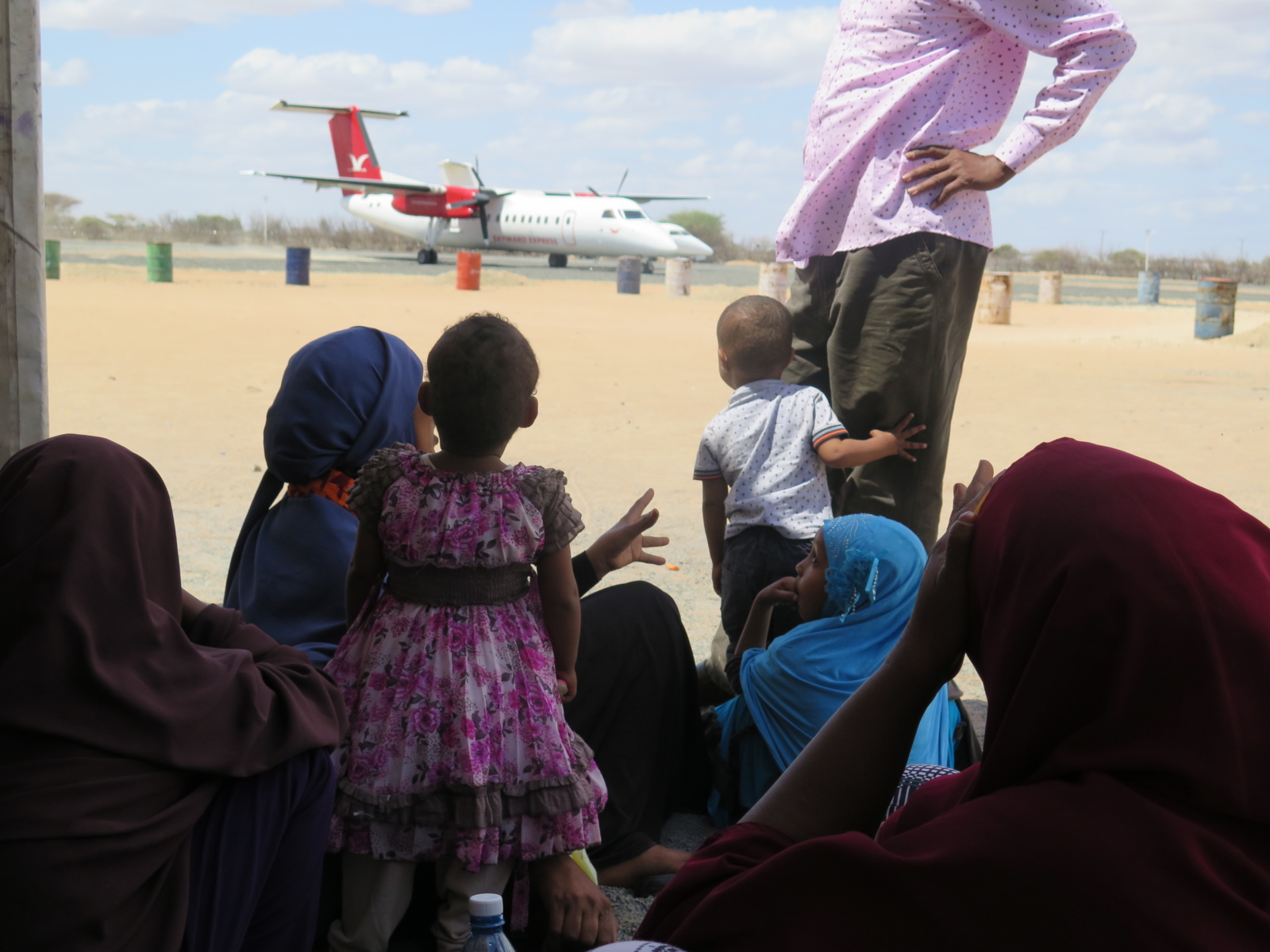 Refugees pressured to leave Dadaab return to insecurity, drought and hunger in Somalia

Thousands of Somali refugees who were pressured into leaving the Dadaab camp in Kenya are now facing drought, starvation and renewed displacement in Somalia, Amnesty International said today. Returns to Somalia from Dadaab have massively accelerated since the Kenyan government announced plans to close the camp in May 2016. In a new briefing, Not Time to Go Home, Amnesty International researchers interviewed returnees living in dire conditions in overcrowded cities or displacement camps in Somalia. Many returnees said they had left Dadaab because of dwindling food rations and services, or because of fears, stoked by Kenyan government officials, that they would be forced back with no assistance.

“In its zeal to return refugees the Kenyan government has made much of small security improvements in Somalia, but the grim reality is that many parts of the country are still plagued by violence and poverty. Refugees who fled drought, conflict and hunger in Somalia were coerced into returning in the midst of a severe humanitarian crisis, and many now find themselves back in the same hopeless situation from which they fled and still unable to go home. Until there is a significant improvement in humanitarian conditions, the Kenyan government must focus on providing continued protection to Somali refugees. Otherwise it risks riding roughshod over international standards stating that refugees can be returned only when their safety and dignity can be guaranteed,” said Colm O’Gorman, Executive Director of Amnesty International Ireland.

The huge Dadaab complex in eastern Kenya is currently home to nearly 240,000 people. In May 2016 the Kenyan government announced that it would close the camp, citing national security concerns and insufficient support from the international community. This triggered a huge acceleration in returns to Somalia which continued even after the Kenyan High Court ruled the camp closure was illegal in February 2017. In November 2016 Amnesty International documented government officials threatening refugees and telling them they had to leave, raising serious questions about whether returns were voluntary.

Somalia has been blighted by conflict for decades, and between January 2016 and October 2017 there were about 4,585 civilian casualties. The armed group Al-Shabaab maintains control over a significant portion of the country and carries out indiscriminate attacks which have killed or injured hundreds of civilians in the past year alone. In the midst of this insecurity, the humanitarian situation in Somalia continues to deteriorate. The country is currently experiencing a devastating drought and there is a persistent threat of famine. According to the United Nations Office for the Coordination of Humanitarian Affairs (OCHA) more than half the population is in need of humanitarian assistance.

This combination of factors has led to a huge internal displacement crisis. As of November 2017, there were 2.1 million internally displaced people (IDPs) in Somalia, many of whom have crowded into urban areas, placing a huge strain on resources. The lack of clean water in Somalia has also triggered a cholera outbreak which killed at least 1,155 people between January and July 2017. In this context, Somalia is clearly not ready for the large-scale returns that have accelerated since 2016. Nearly all of the returnees interviewed by Amnesty International stated that they and their families were facing serious hardship in Somalia.

Amina, a woman in her thirties, fled to Dabaab in 2011 as a result of drought. She was repatriated to the city of Baidoa with her husband and seven children in August 2016. She told Amnesty International that the water available in Baidoa is both unsafe and prohibitively expensive: “The biggest problem that we have in the area is water. We buy a jerry can of dirty water 7,000 shillings [(US$12)]. We can go for some days without water,” she told Amnesty International.

Somalia is also experiencing serious food insecurity and most returnees rely on assistance packages and humanitarian aid to obtain food. Igal, 40, also went to Baidoa after leaving Dadaab with his six children. He told Amnesty International: “If you visit our homes you will see people who have eaten nothing for at least three days.” Because many returnees cannot return to their original homes, accessing shelter is also a major problem. Nearly all the returnees interviewed by Amnesty International said that they had been unable to secure adequate shelter, and many were living in or around IDP settlements.

A key factor behind the Kenyan government’s push to return Somalis is the failure of the international community to provide adequate support. Funding for the refugee response in Kenya has declined sharply since 2011, far outpacing the reduction in refugee numbers. In November 2017, the UN refugee agency UNHCR’s appeal for its refugee response in Kenya was only 29% funded. In the same period, the World Food Programme (WFP) also experienced regular and chronic underfunding, forcing it to repeatedly reduce the value of the food rations given to refugees.

Amnesty International is calling on the international community to provide adequate technical and financial assistance to the government of Kenya, to support sustainable and long-term solutions for the integration of refugees in the country. This includes fully funding UNHCR’s appeal for the Kenya response, as well as increasing resettlement places and alternative pathways for Somali refugees.

“As the situation of returnees in Somalia becomes increasingly desperate, large scale returns from Dadaab are simply not viable. Rather than pushing to return refugees into a humanitarian crisis, the Kenyan government should be looking for sustainable solutions, including offering opportunities for local integration in Kenya. But it cannot do this alone. The international community needs to step up its response, which so far has been woeful and contributed to the suffering of refugees and returnees. As hunger, disease and violence close in on returnees in Somalia, the need for true responsibility sharing has never been clearer,” said Colm O’Gorman.

This report builds upon a report Nowhere Else to Go published by Amnesty International in November 2016. It assessed the conditions under which refugees took the decision to return to Somalia from Kenya in 2015 and early 2016 and the levels of insecurity and humanitarian challenges the returnees faced in Somalia.