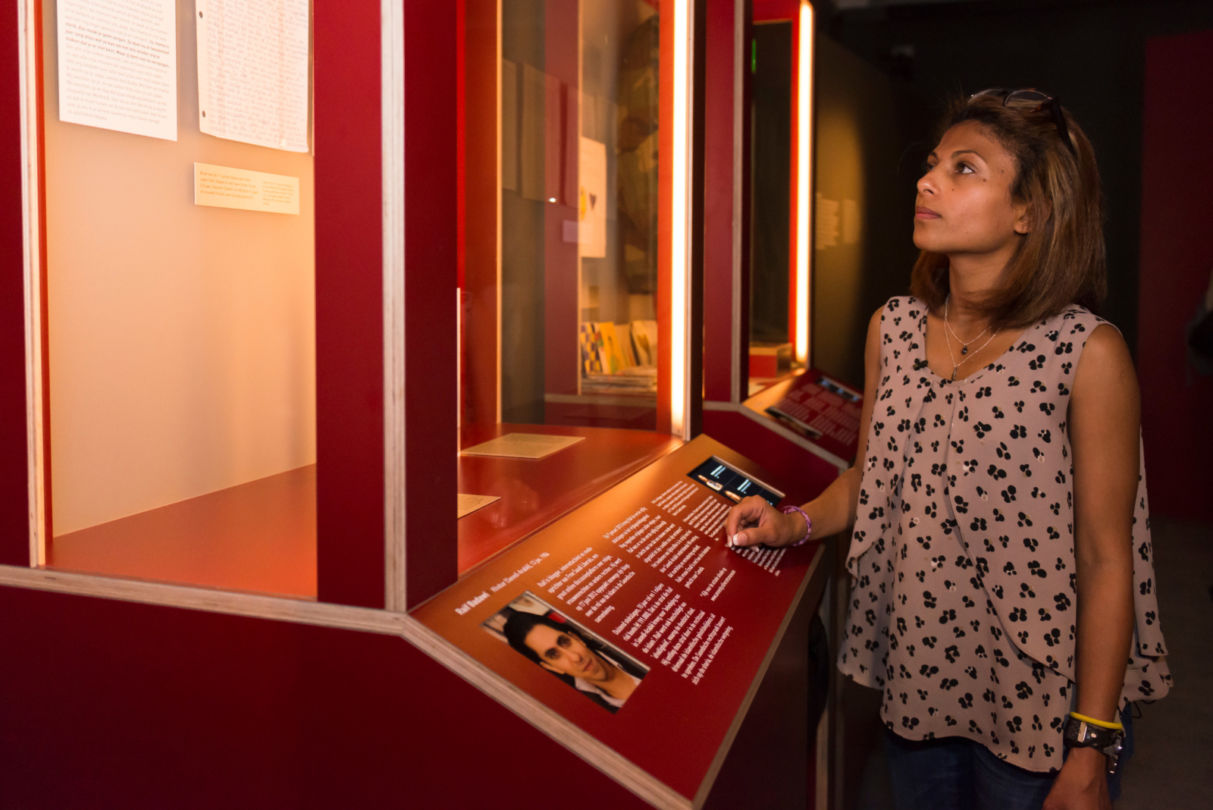 By now, millions of people around the world have come to know my husband Raif Badawi’s name. All of this attention is encouraging, but the reasons why have shocked me to my core.

Raif was arrested in our country Saudi Arabia three years ago today just because he expressed his ideas – he took to his keyboard and started his own website. He is a person who loves life and adores freedom, and for this he has received the harshest of sentences. He has been locked up since 2012, serving a 10-year prison sentence, and he has already suffered 50 lashes in public out of an unspeakably cruel 1,000 lashes – too much for any person to bear.

Since Saudi Arabia’s Supreme Court recently upheld his sentence, with no room for appeal, Raif still has the threat of 19 more flogging sessions hanging over him, despite his poor health. All of this because he expressed himself.

After we got married in 2002, our life together was beautiful, careless and free, up until he decided to launch his first Saudi Liberals website several years later.

Ever since then, I have always feared for Raif’s safety, for I know quite well that the religious establishment in Saudi Arabia is mighty, fierce and wanton. These fears were realised in 2007, when Raif was officially summoned for the first time by the State Security, and life soon turned harsh for us. Things got increasingly worse after his arrest in 2012 and then his drastic sentence was handed down last year.

With the utmost regret, I have to say that the harsh and inhumane sentence issued against Raif last year was meant to send a clear message to all those who might dare stand up against Saudi Arabia’s religious hard-liners; it came as a shock that I still cannot recover from – it has become a sheer inferno of unbearable torture.

Raif has always meant everything to me and the kids; he is a father of three angels and a great husband. I can never describe how much we miss him. We have lost almost everything since his imprisonment.The first day Raif was sent to prison I decided that I had two choices: to be weak, give up and hide in a corner weeping, or to stay strong and fight for Raif’s freedom. I am the kind of person who always has high hopes, despite the obstacles.

Raif has always meant everything to me and the kids; he is a father of three angels and a great husband

I have been through rough days but my first days in Canada were even rougher; a new language, new people and a new life. I’ve had to bear all of this on top of my thoughts about the long distance between Raif and me, and that I cannot go back to Saudi Arabia. However, in Québéc I have found genuine people who made me wish that Raif and I had moved to live here a long time ago.

My life in Canada can be described as perfect and great; the way the Quebecois people treat us is more than superb. The government of Quebec and the political opposition have been very supportive; they are all magnificent. The only thing I miss here is having Raif with us.

Far beyond Canada, people around the world have been very supportive of me and Raif – in particular due to the efforts of Amnesty International activists, who spared no campaign or activity to help us. All the phrases of the world will not be enough to express my thanks to them for all their efforts to free Raif. They recently organised an excellent tour to bring me and my message to several European countries, where I met with political leaders. The European leaders welcomed me as if I were a politician or diplomat, and such treatment alone prompted me to be optimistic and full of hope. Everyone is trying, and hopefully these efforts will one day bear fruits.

I have pleaded and would like to reiterate my plea to His Majesty King Salman, Saudi Arabia’s ruler, to pardon Raif and stop his flogging. It is true that I have received no reply but I remain optimistic and will continue pleading until the last moment.

Amnesty International supporters around the world have campaigned alongside Ensaf Haidar and continue to call for the immediate and unconditional release of Raif Badawi and all other prisoners of conscience in Saudi Arabia.