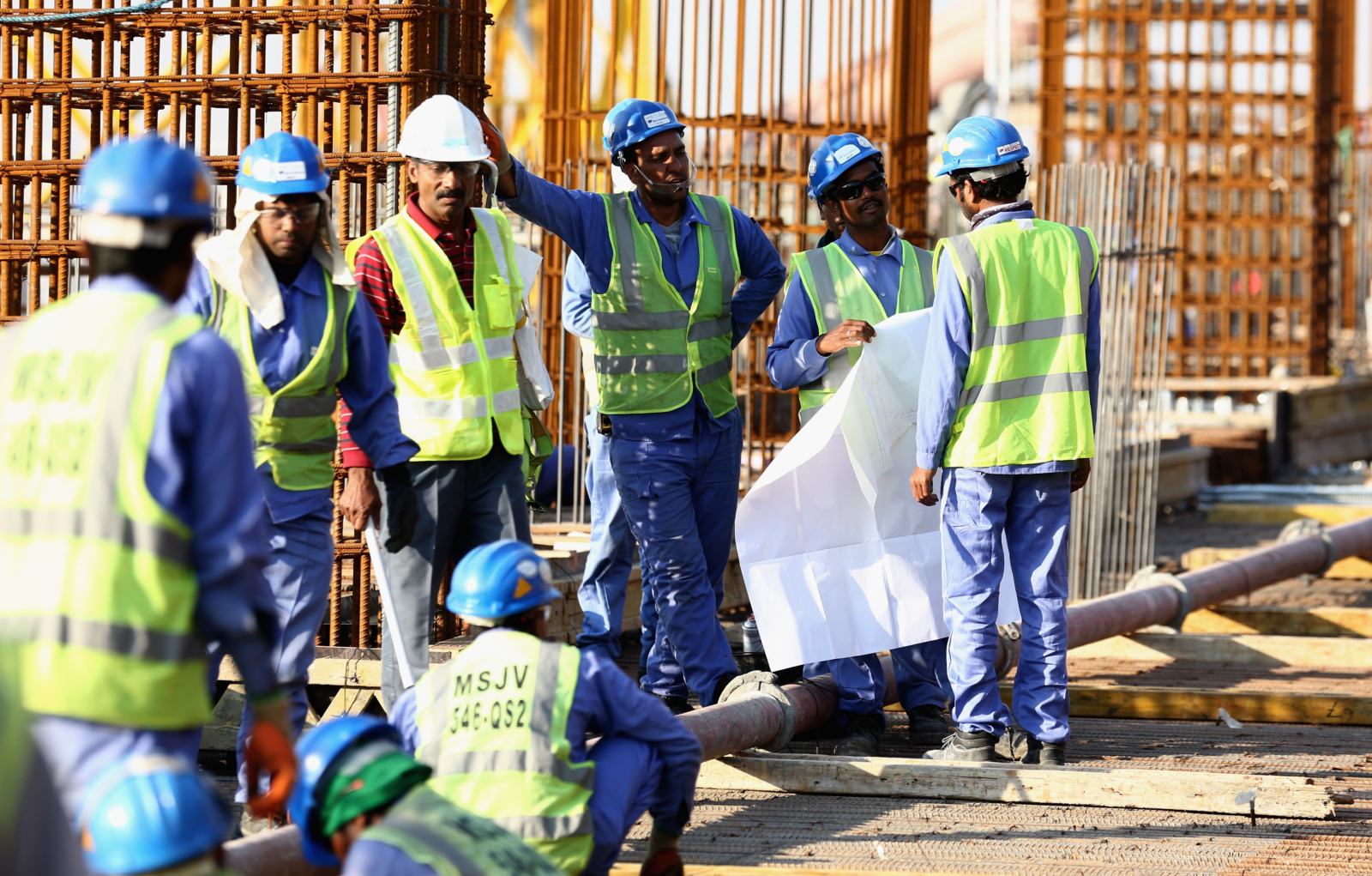 Qatar: Migrant workers still at risk of abuse despite reforms

Changes to labour laws in Qatar barely scratch the surface and will continue to leave migrant workers, including those building stadiums and infrastructure for the World Cup, at the mercy of exploitative bosses and at risk of forced labour, said Amnesty International in a new briefing published today.

New name, old system? Qatar’s new employment law and abuse of migrant workers, details the failings of Qatar’s meagre labour reforms which the government has said will overhaul key aspects of the country’s sponsorship system. The briefing warns that the risk of forced labour and other abuses remains high for migrant workers, including those building World Cup stadiums, transport infrastructure and other key facilities like hotels.

“This new law may get rid of the word ‘sponsorship’ but it leaves the same basic system intact. It is commendable that Qatar has accepted that its laws were fuelling abuse, but these inadequate changes will continue to leave workers at the mercy of exploitative bosses. Key problems that drive abuse remain. In practice, employers can still stop migrant workers from leaving the country. By making it easier for employers to confiscate workers’ passports, the new law could even make the situation worse for some workers. The tragedy is that many workers think that this new law will be the end of their ordeal.

“FIFA, its sponsors and foreign governments seeking business ties with Qatar cannot and must not use this reform to claim that the problem of migrant labour abuse has been solved. If the reform stops here, workers across the country – building and working in the stadiums, hotels and transport network that every player and fan in Qatar will use – will be at serious risk of human rights abuse,” said Colm O’Gorman, Executive Director of Amnesty International Ireland.

In March 2017 the UN International Labour Organisation will decide whether Qatar is doing enough to prevent forced labour. Amnesty International’s briefing warns that new legislation entering into force today (Law No. 21 on the Entry, Exit and Residency of Foreign Nationals) will not significantly change the exploitative relationship between employers and workers.

The new law replaces Qatar’s notorious 2009 sponsorship law, widely identified as a key driver of the abuse of migrant workers. However, three key provisions mean workers are still at risk of exploitation including forced labour:

The new law also does nothing to change the situation of the thousands of migrant domestic workers who are excluded from key labour protections in Qatari law.

Amnesty International is calling on Qatar to conduct a systematic reform of its labour laws that unambiguously abolishes exit permits, completely bans passport confiscation, and frees workers from the requirement to get their employer’s permission to change jobs.

World Cup related construction is set to peak in the next two years, with the building of at least eight stadiums, hotels, transport networks and other infrastructure. On 30 March 2016, an Amnesty International report found that more than 230 workers interviewed while working on Khalifa International stadium and the surrounding Aspire zone sports complex had been subjected to labour abuse, including in some cases forced labour.

In FIFA’s landmark strategic vision launched by Gianni Infantino in October 2016, football’s governing body said it must use its influence to address human rights risks “as determinedly as it does to pursue its commercial interests.”

“At the halfway point of preparations for the 2022 World Cup, the Qatari authorities have not done enough to address clearly documented human rights issues. FIFA simply cannot continue to remain shamefully ambivalent to the plight of workers in Qatar. Abuses will continue to taint the reputation of FIFA and their World Cup unless they push for structural changes to the relationship between employers and migrant workers. The big clubs who train and play in Qatar, helping to establish the country as a hub for elite world football, should not look away either. Giants of football like Barcelona, who are playing in Doha today, should make clear to their hosts their desire to play in a human rights friendly environment. Players and clubs cannot live in a bubble,” said Colm O’Gorman.