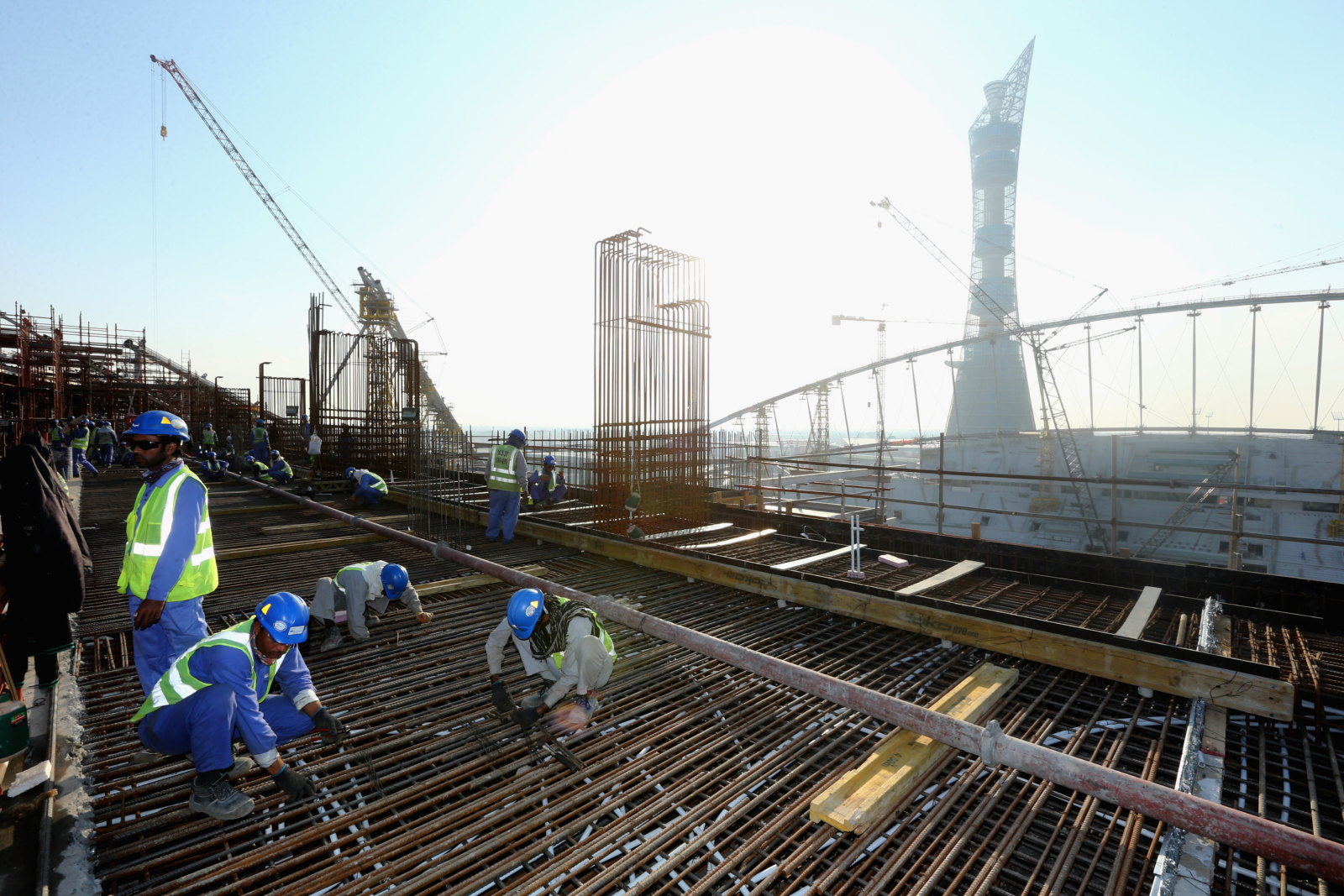 FIFA World Cup: All Sponsors Should Back Remedies for Workers

FIFA’s corporate partners and sponsors of the 2022 World Cup should all press the global football association and the Qatari government to provide compensation and other remedies to migrant workers and their families who suffered death or injury, wage theft or debt from illegal recruitment fees while preparing the tournament, Human Rights Watch, Amnesty International, and FairSquare said today.

The call comes as a new global opinion poll commissioned by Amnesty International shows that two-thirds (66 percent) of those surveyed — and 72 percent of those likely to watch at least one World Cup match — said that FIFA’s corporate partners and sponsors should publicly call on FIFA to compensate migrant workers who suffered while preparing the World Cup in Qatar. The poll was carried out by YouGov and surveyed 17,477 adults in 15 countries.

In July, the three human rights organizations wrote to FIFA’s 14 corporate partners and World Cup sponsors urging them to call on the football body to remedy abuses of migrant workers linked to preparations for the World Cup. Since then, four of them —AB InBev/Budweiser, Adidas, Coca-Cola, and McDonald’s — have stated their support for such financial compensation. Ten other sponsors have offered no public support and have not responded to written requests to discuss tournament-related abuses. These companies are Visa, Hyundai-Kia, Wanda Group, Qatar Energy, Qatar Airways, Vivo, Hisense, Mengniu, Crypto and Byju’s.

“Brands buy rights to sponsor the World Cup because they want to be associated with joy, fair competition, and spectacular human achievement on the playing field—not rampant wage theft and the deaths of workers who made the World Cup possible,” said Minky Worden, director of global initiatives at Human Rights Watch. “With only two months until the first ball is kicked, sponsors should use their considerable leverage to press FIFA and Qatar to fulfill their human rights responsibilities to these workers.”

In addition to World Cup sponsors, national football associations should also use their leverage and call for FIFA and Qatari authorities to publicly commit to a compensation fund to remedy serious abuses against migrant workers who made the World Cup possible. FIFA should also support and contribute financially toward initiatives designed to assist and support migrant workers, such as the Migrant Workers’ Centre recommended by the Building and Wood Workers’ International.

Below are the responses from the four sponsors indicating their support for ensuring remedy for workers:

Ten other World Cup sponsors and FIFA partners did not respond, despite having policies to respect human rights and environmental, social, and governance standards in their operations and business relationships. The United Nations Guiding Principles on Business and Human Rights spell out the responsibilities of all businesses to respect human rights, including by using their leverage with business partners to prevent or mitigate adverse human rights impacts.

The Need to Remedy

In recent years, Qatar has introduced a series of important reforms following a forced labour complaint at the International Labour Organization (ILO), and the Supreme Committee for Delivery and Legacy offered better protections for those building stadiums. Nonetheless, serious labour abuses persist across the country and past abuses have not been adequately remedied.

A report published by Amnesty International in May highlighted how FIFA failed to conduct any human rights due diligence when awarding the World Cup to Qatar in 2010, despite the risks to workers being well documented, and subsequently failed to take timely and effective measures to mitigate these.

On May 19, a global coalition of migrant rights groups, labor unions, fan groups, abuse survivors, and human rights organizations called on FIFA to establish with Qatar a comprehensive programme to provide remedy for all abuses related to the 2022 World Cup. To fund this, FIFA should reserve an amount at least equivalent to the US$440 million prize money provided to teams participating in the tournament. With just two months to tournament kick-off, FIFA has not yet committed to remedy abuses and says it is still considering the proposal.

“There is nothing Qatar nor FIFA could ever do to make up for the loss of a loved one,” said Nick McGeehan, a founding director of FairSquare, which investigates migrant labor abuses. “But financial compensation to struggling families for migrant worker deaths could provide some financial respite and potentially reduce lasting harm.”

Human Rights Watch has documented that compensation can have far-reaching benefits to migrant workers and their families.

Since 2018, Qatari authorities have put in place measures to protect workers from wage theft and enhance access to justice, but these do not cover all workers or address abuses in the years before the systems were established. Crucially, significant implementation and enforcement gaps remain. For example, workers who have already left Qatar cannot access the labour committees or a fund established to pay them when their employers fail to do so.

Sponsors, football associations (FAs), and FIFA should use their leverage with Qatar and press the authorities to expand and strengthen the country’s existing compensation schemes and systems, and – where needed to deal with large numbers of past abuses – establish complementary effective mechanisms to remedy all unaddressed harms.

YouGov surveyed 17,477 adults in Argentina, Belgium, Denmark, Finland, France, Germany, Kenya, Mexico, Morocco, Netherlands, Norway, Spain, Switzerland, UK, and the USA. Of these, 54 percent said they were likely to watch at least one game at the World Cup.

All figures, unless otherwise stated, are from YouGov Plc. Total sample size was 17,477 adults. Fieldwork was undertaken between August 16 and September 6, 2022. The survey was carried out online. The figures have been weighted and are representative of all surveyed countries adults (aged 18+).

“Corporate sponsors have paid FIFA well over a billion dollars to be associated with the 2022 World Cup and will not want their brands to be tarnished by human rights abuses,” said Stephen Cockburn, head of economic and social justice at Amnesty International. “It is clear what the public and their customers want them to do – stand up for workers’ rights in Qatar and demand compensation for every worker that has suffered to make this tournament happen.”