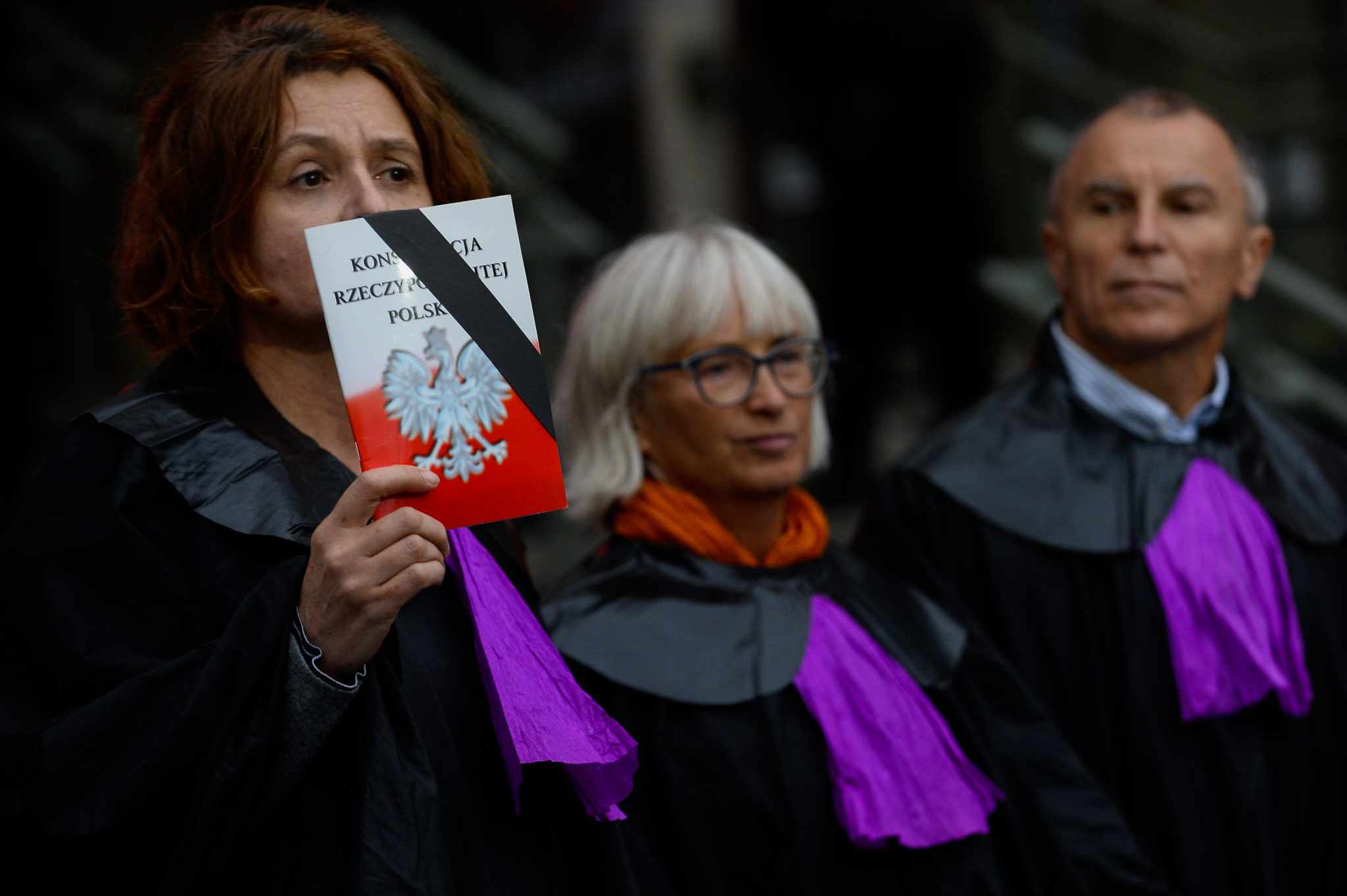 Judges working to protect the independence of the Polish judiciary from government interference are being subjected to serious harassment online and at work, according to a new report published by Amnesty International today.

“The Polish authorities have conducted a witch hunt, working behind the scenes to intimidate and smear the Polish judges and prosecutors who have courageously protested against the political hijacking of the judiciary. This harassment has to stop immediately,” said Barbora Černušáková, Regional Researcher at Amnesty International.

The report ‘Poland: Free Courts, Free People’, documents how since late 2015, the government has adopted and implemented a set of legislative and policy measures that have undermined the independence of the judiciary. These include politicizing judicial appointments, giving the Minister of Justice exclusive power to dismiss and appoint Presidents and Vice-Presidents of Courts, and forcing Supreme Court judges to retire. The government has also weaponized disciplinary proceedings, using them against judges who have spoken out against the ‘reforms’ and placing some of them at risk of losing their jobs.

Judges harassed on and off line

The erosion of judicial independence has had real life consequences for judges who have taken a stand.

Amnesty International spoke with Judge Waldemar Żurek, former spokesperson of the National Council of the Judiciary, who has suffered several years of intimidation and harassment after voicing public criticism of the government ‘reforms’. Various authorities had subjected Judge Żurek to unwarranted disciplinary proceedings, and even targeted his family members for other types of investigations. He has endured hate mail, abusive and threatening text messages and a smear campaign on national television.

One such account has routinely published tweets attacking judges, often women jurists, who speak out against the government. The account has previously published classified or semi-classified information, raising suspicion that the account is somehow linked to the government. For example, on 3 April 2019, the day the European Commission (EC) announced its third infringement procedure against the judicial reforms in Poland, the account tweeted a snapshot of a confidential letter of notice that had been sent to the Polish government by the EC.

Amnesty International also spoke with judges who suffered abuse after issuing rulings that upheld the rights of peaceful protesters.

After one woman spoke at a rally about the crackdown on women’s rights and threats to the judiciary saying: “I’m very f….. off about the situation in my country”, she faced misdemeanour charges for using “offensive words” in public.

Poznań Regional Court judge, Sławomir Jęksa ruled that the woman had not committed any offence, as she had been speaking at a rally where the limit for freedom of speech is “naturally broadened”. He also expanded on what the protester had said during her speech about threats to judicial independence. Immediately afterward, the Disciplinary Prosecutor opened an investigation against Judge Jęksa, claiming that the ruling in the case was an “expression of political opinions”.

In addition, several judges who sought legal advice from the EU’s highest court, the Court of Justice of the European Union (CJEU), have faced investigation. The Disciplinary Prosecutor questioned Ewa Maciejewska, a judge in the town of Łodz, after she requested that the CJEU clarify the compatibility of the new disciplinary proceedings – which are an integral part of the ‘reform’ with EU law.

Faced with such harassment, judges have displayed touching solidarity with colleagues. After a disciplinary chamber issued an unwarranted reprimand against Judge Alina Czubieniak for ordering the re-examination of a detention decision, judges in over 20 courts across Poland held banners proclaiming “We will not be intimidated”.

However, in certain cases this solidarity has been met with fresh harassment. In April, the president of the local court in Olsztyn, who had been appointed after the ‘reform’, called the police on a group of judges and lawyers holding a solidarity picket in the city.

“Judges should be able to uphold the law without political interference. The government of Poland must immediately drop any ongoing disciplinary proceedings against judges and prosecutors for their legitimate rulings and lawful protests, and cease from using disciplinary measures to exert control over the judiciary in the future,” said Barbora Černušáková.

“The rule of law and protection of human rights are the founding principles of the EU. Other EU member states must continue to call on Poland to halt its blatant breach of these principles and hold the government accountable if it continues do so.”

On 24 June, Amnesty International responded when the Court of Justice of the European Union (CJEU), in a landmark decision, held that changes to Poland’s Supreme Court law – designed to oust one third of its judges – violated EU law.