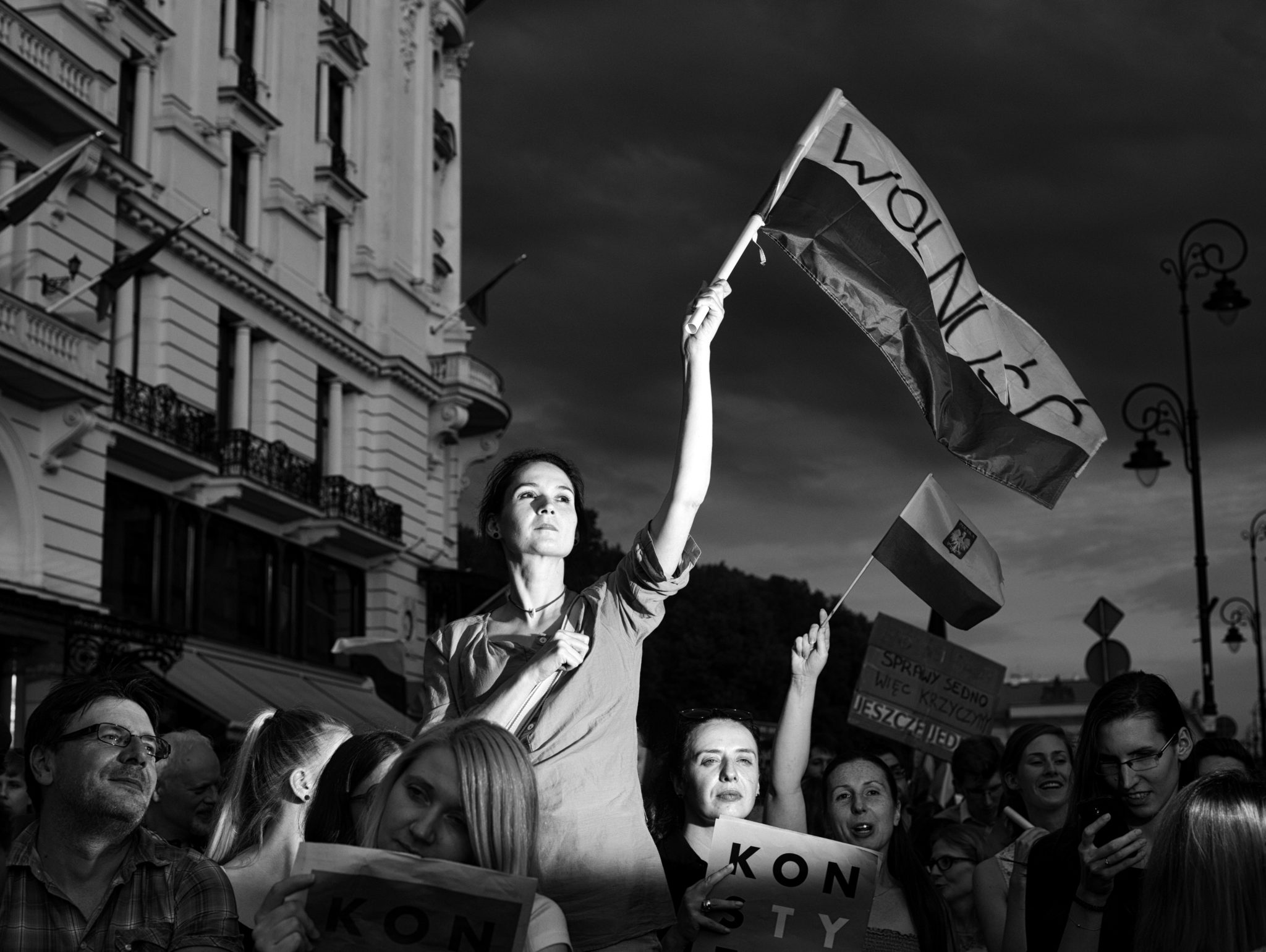 Despite an escalating crackdown on peaceful protest, people in Poland continue to take to the streets and courageously demonstrate against abuse of their rights and threats to the rule of law, Amnesty International said in a new report.

“Protestors’ refusal to stay silent is a testament to their resilience. Polish authorities are threatening peaceful protestors with detention and prosecution, while in some cases police officers have even beaten and mistreated them. Many protestors are also put under surveillance as peaceful protest is increasingly criminalized,” said Gauri van Gulik, Amnesty International’s Europe Director.

“People in Poland are courageously taking a stand against the politics of demonization as they continue to take to the street in defiance of increasingly restrictive laws and the repressive policing measures meant to silence them.”

Since 2016, tens of thousands of people have taken to the streets of Poland to protest against repressive legislation aimed at curbing women’s rights and undermining the independence of the judiciary. Protestors have routinely been met with a show of force and restrictive measures that infringe their right to be seen and heard. Hundreds have found themselves in police custody and facing lengthy court proceedings.

In April 2017, an amendment to the Law on Assemblies came into force effectively placing a ban on counter-demonstrations in central Warsaw near where pro-government rallies were held. The heavy-handed enforcement actions by the security forces have been dramatic. Between April 2017 and March 2018, the governor of the Mazowian province banned 36 assemblies in Warsaw. In 2017, the court in central Warsaw received 632 cases against counter-protestors for breaches of the assembly law. This compares starkly with 2016 where no such charges were brought against protesters.

The authorities often give preferential treatment to pro-government and nationalist demonstrations over other types of assemblies. The priority given to pro-government assemblies is reflected in the way demonstrations are policed, with harassment or violence by far-right or nationalist groups regularly tolerated when directed at counter-protesters. By contrast, peaceful protesters who challenge the government are often subject to heavy-handed policing actions and prosecution.

Amnesty International has also documented instances of excessive use of force by the police during protests and demonstrations, with little meaningful accountability for such police abuse.

One 60-year-old woman, who participated in the Black Protest against a near complete ban on abortions, witnessed a police officer beating somebody who was lying on the pavement. Before she could intervene, she was struck on the head, allegedly by a policeman.

She told Amnesty International: “I lost consciousness and when I regained it, I was lying in a puddle of water. Someone was sitting on top of me and I heard people shouting: ‘Let her be!’ Then I fainted again.”

She suffered minor injuries to her skull but the prosecutor rejected her complaint against the police for alleged lack of evidence.

In parallel with tightening the laws affecting the exercise of the right to freedom of assembly, the government has vastly expanded the surveillance powers of law enforcement agencies. The 2016 amendment to the Police Act broadened the scope for surveillance, without adequate safeguards, to include such monitoring outside the context of a criminal investigation. There is evidence that surveillance powers have been misused against people engaged in organizing and participating in peaceful protests.

The courts have largely upheld the rights to freedom of peaceful assembly and expression. However, this may soon change following the 2017 reforms of the judiciary, which severely undermine the independence of the judiciary by subjecting it to political influence and control.

Among those who might be affected is a 19-year-old student who was arrested after asking a policeman for his name, rank and the reason the officer was checking IDs at a protest in Warsaw in March 2018. He now is facing disputed criminal charges of an alleged assault on a police officer and he fears that a compromised judiciary will not afford him a fair hearing. He told Amnesty International: “It is not clear how my case will end as these are the last days of judicial independence in Poland.”

Judges are indeed experiencing political pressures in Poland. Those judges who have refused to bow to it in the wake of the reforms have already reported harassment, including disciplinary proceedings.

Judge Dominik Czeszkiewicz, who was subjected to disciplinary proceedings after he championed the rights of peaceful protesters in a ruling, told Amnesty International: “It is very difficult to work in these conditions. I cannot fight the whole system. I don’t know when, where and from whom I will get a punch.”

“Peaceful protest is a right, but in Poland it is under serious threat. The power of the street is a crucial check on the power of the state. The Polish government must protect the right of all those determined to come out to defend their freedoms,” said Gauri van Gulik.

“The Polish authorities must stop criminalizing protest, lift disproportionate restrictions on free assembly and expression, and guarantee the independence of the judiciary to ensure the protection of all human rights.”