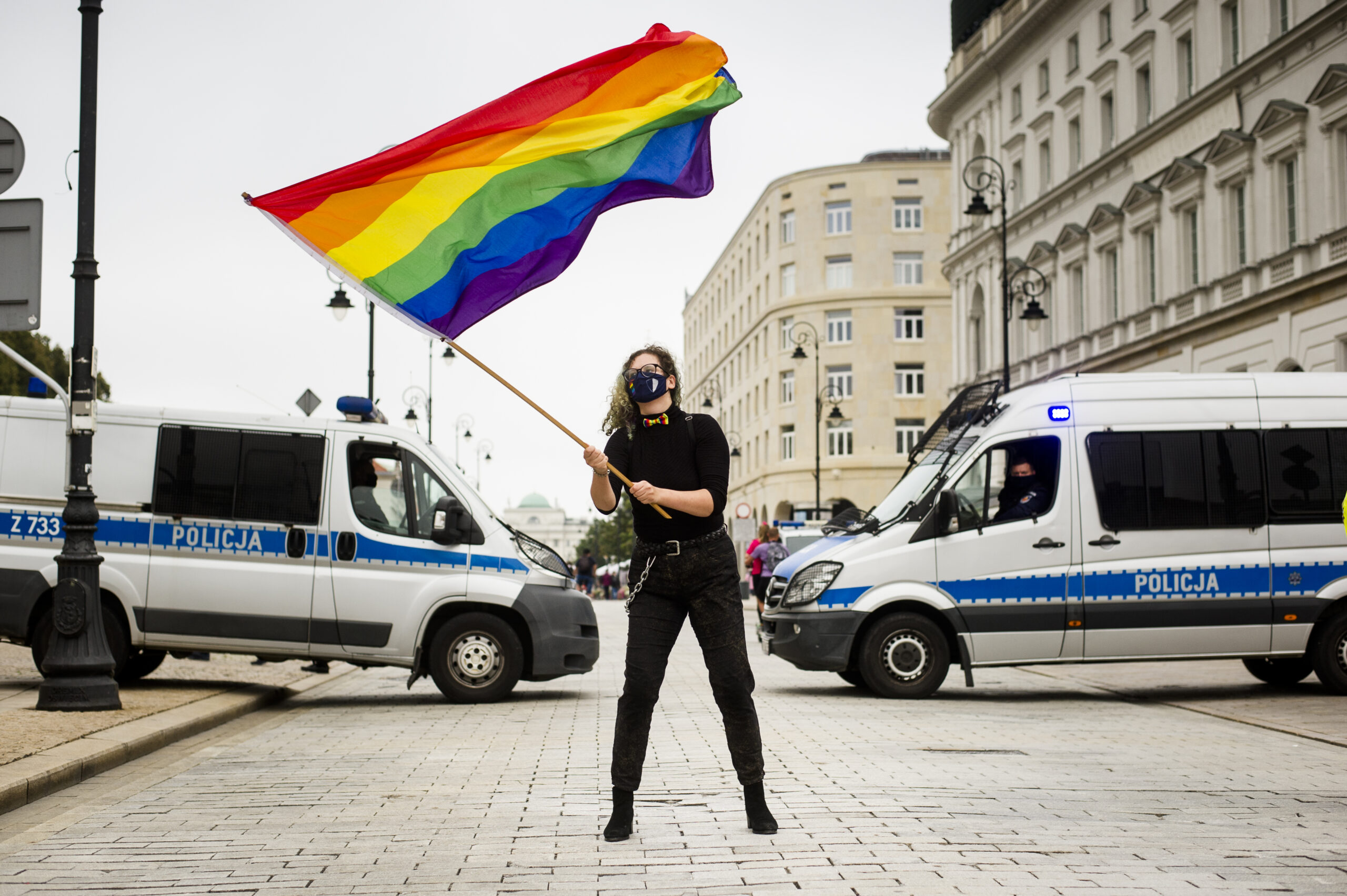 Poland: Authorities must stop hateful rhetoric against LGBTI people and act to protect them from violence and discrimination

Polish authorities have targeted LGBTI people with stigmatising and harmful rhetoric, and refused or frustrated their attempts to protest, Amnesty International Poland has found in a new report.

They treated us like criminals: From shrinking space to harassment of LGBTI defenders finds that LGBTI people and their allies who take to the streets to protest against the assault on their rights are frequently left unprotected from verbal and physical attack by homophobic counter protesters or subjected to heavy-handed police tactics and criminal prosecutions.

“Authorities in Poland are not only responsible for persistent hateful rhetoric against LGBTI people but for the failure to protect these communities from the violent and discriminatory consequences of their words and policies,” said Anna Błaszczak-Banasiak, Director of Amnesty International Poland.

“Unlawful restrictions, requirements and harsh sanctions imposed on LGBTI people and their allies have shrunk the space for them to freely exercise their human rights, and created an atmosphere of fear. Those who do courageously protest are targeted by police or not protected from attacks by counter-protestors, in a country where such attacks are not even legally considered hate crimes.”

The report finds that over the last five years, authorities have intentionally weaponized onerous and complex notification requirements to arbitrarily and discriminatorily ban, limit or disperse LGBTI protests.

The situation for LGBTI people rapidly deteriorated after 2019 with a sharp increase in hostile and stigmatising rhetoric against LGBTI people, including by high-level officials. This was combined with the adoption of homophobic local government resolutions, also known as ‘LGBTI-free zones’, that – although not legally binding – are harmful and fuel the atmosphere of hostility towards LGBTI people living in those regions.

Peaceful ‘equality marchers’ in Bialystok, Gniezno and Lublin were attacked by violent counter-demonstrators and the police regularly failed to adequately protect them. In some instances, excessive use of force also was used by police against LGBTI people and their allies during protests.

“We don’t know where this campaign of hate will stop. Vehicles with homophobic slogans drive on the streets with impunity, but it’s us who are to be punished and suffer. It is because of this long-standing activism that I am in a such bad state today” Jacek, a long-time activist and organizer of Equality Marches told Amnesty International.

The situation is particularly dangerous for those who act for the rights of LGBTI people and openly oppose systemic homophobia, biphobia and transphobia in Poland face multiple reprisals, including criminal charges. Prosecutions have resulted in years of grueling and costly trials that restrict activists from engaging in an already shrinking space for civil society.

“The Polish government must act now to turn this deplorable situation around,” said Anna Błaszczak-Banasiak.

“Rather than target the LGBTI people and rights defenders, the authorities should respect, protect, and promote their rights and act urgently to ensure and end to all discrimination on the basis of people’s actual or perceived sexual orientation or gender identity.”.