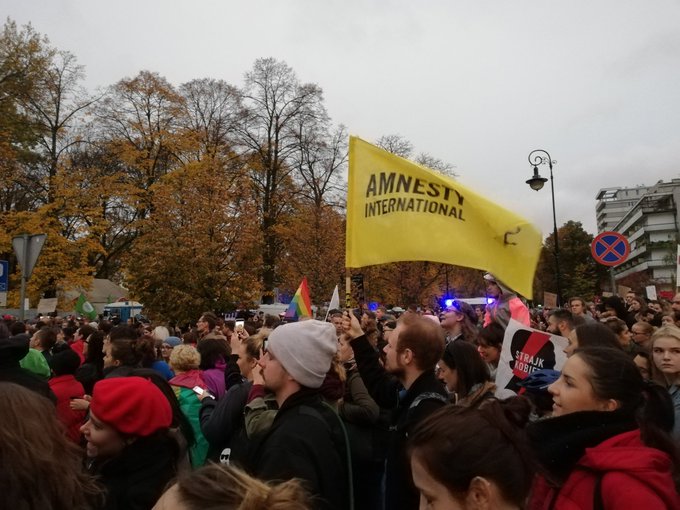 Ahead of a vote today on a bill which would make teaching or even promoting sexuality education to people under 18 years old a crime punishable with a sentence of up to three years in prison, Amnesty International Poland Director, Draginja Nadazdin said:

“This recklessly retrogressive law would encourage fear and ignorance, putting young people at risk. Its impact would be felt well beyond the classroom, creating a chilling effect on teachers, activists and even on parents who want to talk to their children about sex.

“Sexuality education is crucial in informing young people about their bodies and the importance of things such as healthy relationships, consent, contraception and prevention of sexuality transmitted diseases.

“In Poland, where access to abortion is only legal in limited circumstances, the importance of sexuality education is even more vital. This bill, which equates homosexuality with paedophilia, exposes the disturbing homophobia that underpins this law.

“Politics should be kept out of the classroom and we call on MP’s to reject this law.”

The ruling Law and Justice Party (PiS) part won last Sunday’s Parliamentary election. However, PiS lost its majority in the Parliament’s Higher Chamber, the Senate, with the Civic Coalition taking 51 to PiS’s 49 mandates.

Poland has ratified the Istanbul Convention, CEDAW and CERD and has international human rights obligations to provide access to sexuality education and information, and challenge gender stereotypes in society.

The bill was introduced after a six month long homophobic campaign equating LGBTI people with paedophiles.