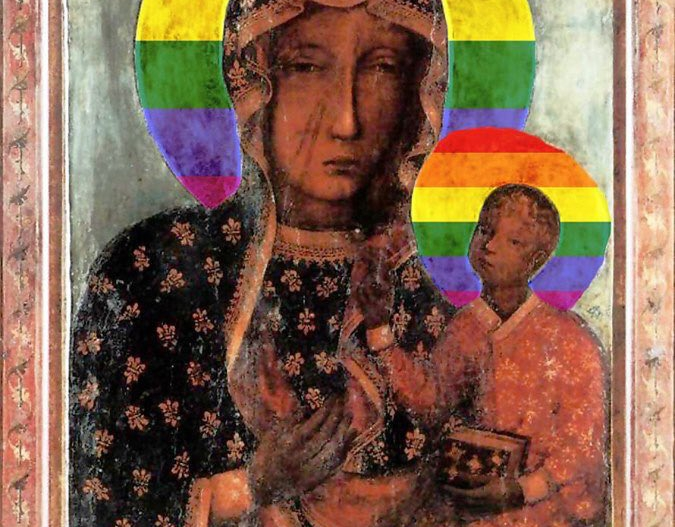 “We are extremely concerned to hear that Elżbieta Podlesna, a Polish human rights activist, was arrested and detained for several hours on spurious charges yesterday upon her return to Poland from a trip to Belgium and the Netherlands with Amnesty International.

Elżbieta is suspected of “offending religious beliefs”, after the police claimed that they found copies of a posters depicting the Virgin Mary with a halo around head and shoulders in the colours of the LGBTQ flag in her house when they raided it. The image had been posted around the town of Płock at the end of April.

“Given the lack of evidence of a crime here, we can only see that Elżbieta has been detained for her peaceful activism. Amnesty International calls on the Polish authorities to stop harassing peaceful protesters and activists in Poland, including by arbitrarily arresting people who stand up for their rights. Restricting activists from freely expressing their views in the country is unlawful and must stop immediately.”

Elżbieta Podlesna had just returned to Poland after completing an advocacy tour with Amnesty International in Belgium and the Netherlands raising concerns about the rule of law in Poland.

Amnesty International has established that at 6am on 6 May, during a house-search, the police confiscated Elżbieta Podleśna’s laptop, mobile phone and memory cards. She was also aware of police surveillance and learned the police requested a CCTV camera from the building where she resides.