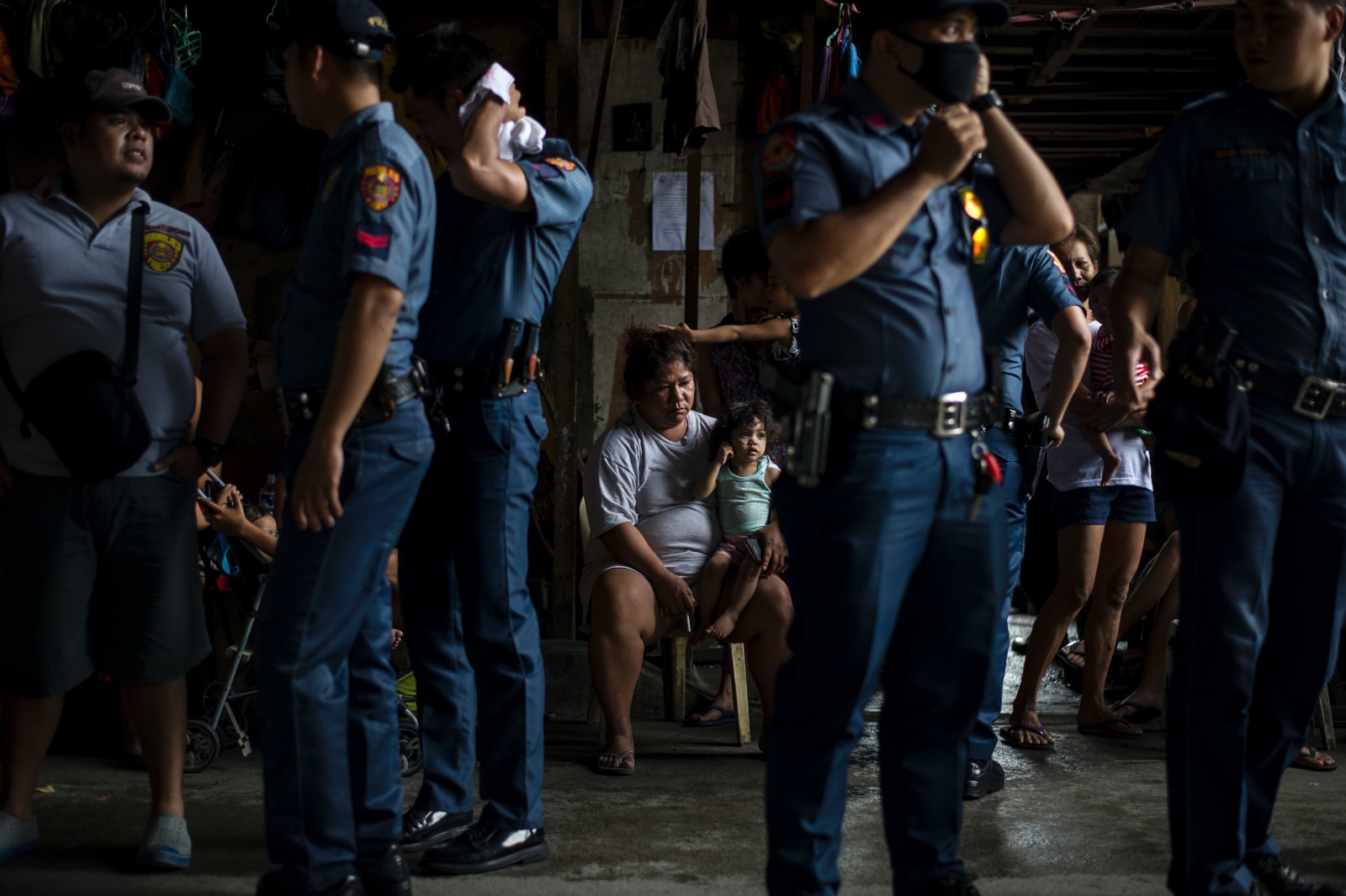 Philippines: The police’s murderous war on the poor

Acting on instructions from the very top of government, the Philippines police have killed and paid others to kill thousands of alleged drug offenders in a wave of extrajudicial executions that may amount to crimes against humanity, Amnesty International said in a report published today. Amnesty International’s investigation, “If you are poor you are killed”: Extrajudicial Executions in the Philippines’ “War on Drugs” details how the police have systematically targeted mostly poor and defenceless people across the country while planting “evidence”, recruiting paid killers, stealing from the people they kill and fabricating official incident reports.

“This is not a war on drugs, but a war on the poor. Often on the flimsiest of evidence, people accused of using or selling drugs are being killed for cash in an economy of murder. Under President Duterte’s rule, the national police are breaking laws they are supposed to uphold while profiting from the murder of impoverished people the government was supposed to uplift. The same streets Duterte vowed to rid of crime are now filled with bodies of people illegally killed by his own police,” said Colm O’Gorman, Executive Director of Amnesty International Ireland.

Incited by the rhetoric of President Rodrigo Duterte, the police, paid killers on their payroll, and unknown armed individuals have killed more than a thousand people a month under the guise of a national campaign to eradicate drugs. Since President Rodrigo Duterte came to office seven months ago, there have been more than 7,000 drug-related killings, with the police directly killing at least 2,500 alleged drug offenders.

The report documents how the police, working from unverified lists of people allegedly using or selling drugs, stormed into homes and shot dead unarmed people, including those prepared to surrender. Fabricating their subsequent incident reports, the police have routinely claimed that they had been fired upon first. Directly contradicting the police’s claims, witnesses told Amnesty International how the police conducted late night raids, did not attempt an arrest, and opened fire on unarmed persons. In some cases, the police planted drugs and weapons they later claimed as evidence.

In one case in Batangas City, a victim’s wife described how the police shot dead her husband at close range as she pleaded with them for mercy. After her husband was dead, the police grabbed her, dragged her outside and beat her, leaving bruises.

The police killings are driven by pressures from the top, including an order to “neutralise” alleged drug offenders, as well as financial incentives they have created an informal economy of death, the report details. Speaking to Amnesty International, a police officer with the rank of Senior Police Officer 1, who has served in the force for a decade and conducts operations as part of an anti-illegal drugs unit in Metro Manila, described how the police are paid per “encounter” the term used to falsely present extrajudicial executions as legitimate operations.

The chilling incentive to kill people rather than arrest them was underscored by the Senior Police Officer, who added: “It never happens that there’s a shootout and no one is killed.”

“The police are behaving like the criminal underworld that they are supposed to be enforcing the law against, by carrying out extrajudicial executions disguised as unknown killers and “contracting out” killings. More than 4,100 of the drug-related killings in the Philippines over the past six months have been carried out by unknown armed individuals. The people killed are overwhelmingly drawn from the poorest sections of society and include children, one of them as young as eight years old,” said Colm O’Gorman.

The targets often come from unverified lists of people suspected to use or sell drugs drawn up by local government officials. Regardless of how long ago someone may have taken drugs, or how little they used or sold, they can find their names irrevocably added to the lists. In other cases, their names could be added arbitrarily, because of a vendetta or because there are incentives to kill greater numbers of people deemed drug users and sellers.

Possible crimes against humanity
The Philippines is a state party to the Rome Statute of the International Criminal Court. In October 2016, the Prosecutor of the International Criminal Court, Fatou Bensouda, issued in a statement expressing concerns over the killings and indicating her office may initiate a preliminary examination into possible crimes under the Rome Statute.

Amnesty International is deeply concerned that the deliberate, widespread and systematic killings of alleged drug offenders, which appear to be planned and organised by the authorities, may constitute crimes against humanity under international law.

“What is happening in the Philippines is a crisis the entire world should be alarmed by. We are calling on the government, from President Duterte down, to order an immediate halt to all extrajudicial executions. We are also calling on the Philippines Department of Justice to investigate and prosecute anyone involved in these killings, regardless of their rank or status in the police or government. The Philippines should move away from lawlessness and lethal violence and reorient its drug policies towards a model based on the protection of health and human rights. We want the Philippines authorities to deal with this human rights crisis on their own. But if decisive action is not taken soon, the international community should turn to the Prosecutor of the International Criminal Court to carry out a preliminary examination into these killings, including the involvement of officials at the very top of the government,” said Colm O’Gorman.