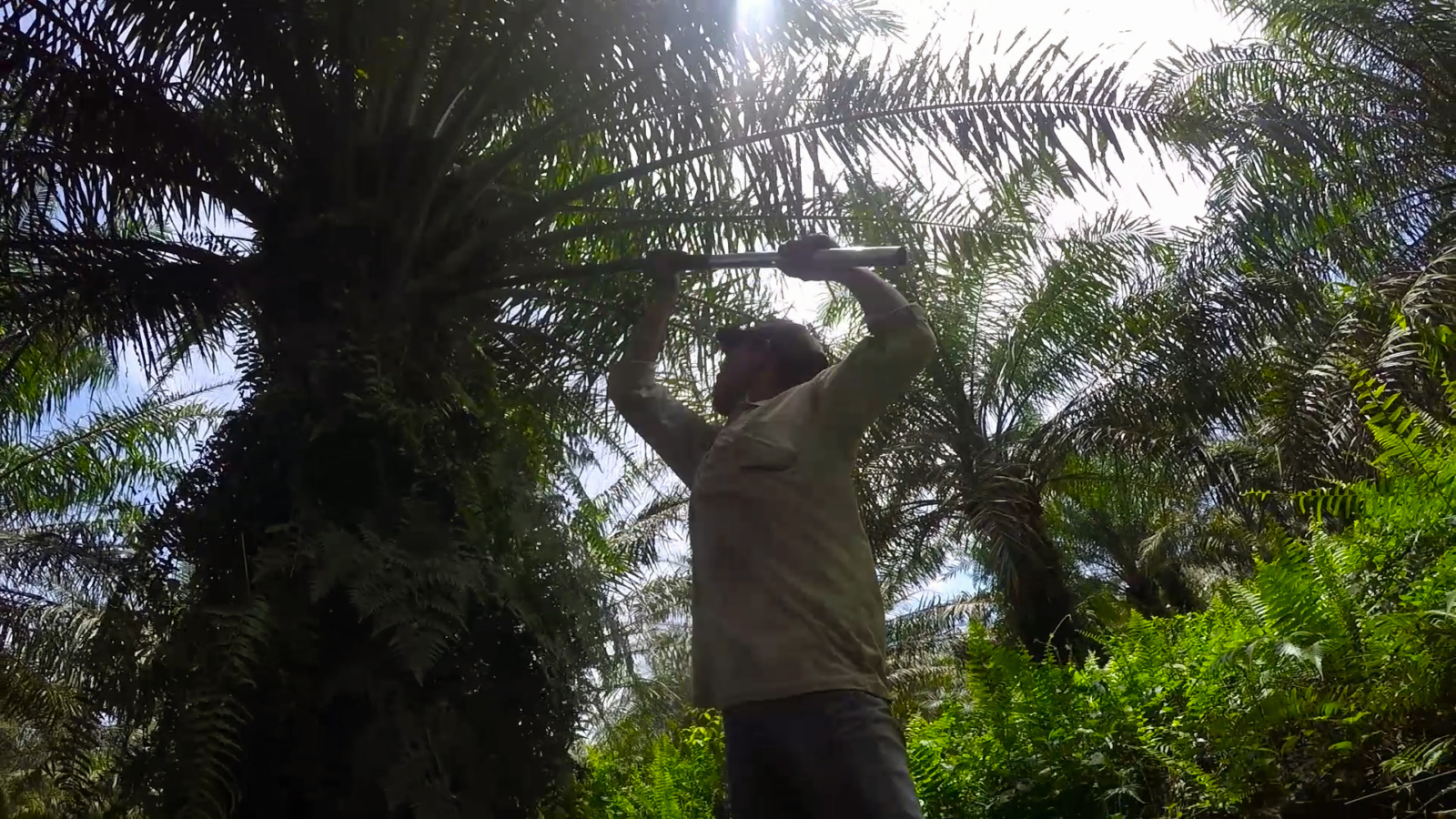 Palm Oil and human rights: What you need to know

The rapid expansion of palm oil has led to extensive deforestation, destruction of the rainforests and considerable harm to wildlife species. It has also led to appalling labour rights abuses against workers, according to an Amnesty International investigation.

1. Palm oil is used in half of your daily products

Palm oil and palm based ingredients are found in approximately 50% of supermarket products. Palm oil is much sought after because it is cheap and versatile. Oils from palm fruit are processed into edible oils used for cooking and processed food such as chocolate, bisuits or cereal. It can also be made into ingredients such as glycerine used in laundry detergent and cosmetics like toothpaste, soap, shower cream and shampoo.

2. Indonesia is the largest producer of palm oil in the world

Producing 35 million tonnes a year, Indonesia accounts for 45% of the world’s palm oil supply. Around three million Indonesians work in the sector, accounting for at least a third of the global palm oil workforce. Indonesia generally has strong labour laws but weak enforcement of these laws has led to companies being able to get away with systemic abuses of workers in palm oil plantations.

3. Palm oil is most sought after in India, Europe and China

Singapore-based agribusiness Wilmar controls more than 43% of the global palm oil trade. The company’s revenue in 2015 was US$38.78 billion. However, workers on Wilmar’s and its suppliers’ plantations struggle to earn enough for their families to live on, in extreme cases earning as little as US$2.50 a day. Wilmar reports having over 60,000 employees in both Indonesia and Malaysia.

5. Some of the world’s biggest companies profiting from abuses

Amnesty International traced palm oil from plantations in Indonesia to nine global companies with combined revenues of US$325 billion.

Eight of the nine companies are part of the main global body designed to make palm oil “sustainable”. In fact, more than 2000 companies are members of the Roundtable Sustainability Palm Oil, a body set up in 2004 to clean up the palm oil sector after environmental scandals. Yet Amnesty International’s report warns that even products containing palm oil the Roundtable certifies as “sustainable” could be tainted by human rights abuses.

Colgate uses palm derivatives in its Oral Care, Personal Care and Home Care products. It also confirmed sourcing from a refinery linked to the plantations Amnesty International investigated but did not disclose the products that are made using these palm derivatives.

Colgate said that continued supply will be contingent on Wilmar systematically addressing the human rights issues detailed in Wilmar’s public report. Colgate said it had a “policy of no exploitation” which it requires its suppliers, at all tiers, to commit to.

Nestle confirmed that it uses palm oil in KitKat, Lion bars, Maggi cooking stock, Cheerios cereal and many other products. However it did not tell Amnesty International which of its global products contain palm oil from the six Indonesian Wilmar refineries that supply it.

Unilever uses palm oil or palm based ingredients in products like AXE/Lynx deodorant, Ben and Jerry’s, Bertolli, Birds Eye, Cup a Soup, Dove, Knorr, and Vaseline.
Unilever confirmed that Wilmar’s Indonesia operation is one of its key suppliers of palm oil. The palm oil supplied by Wilmar goes into Unilever products across foods, home and personal care categories. Unilever did not disclose which of its brands use palm oil from Wilmar’s Indonesia operations.

[email protected] you talk about sustainability so why aren't you tackling child labour in the palm oil @unilever uses? Click To Tweet

Proctor & Gamble uses palm oil in products like Lenor, Ariel, Head & Shoulders, Pantene Pro-V, Covergirl Bombshell Shineshadow. P&G confirmed getting palm oil from Wilmar and Indonesia but said it only sourced a small quantity of palm derivatives from Wilmar. The brand would not confirm which brands use palm-based ingredients from Wilmar’s Indonesian operations.

Where does the #palmoil in @Pantene shampoo come from? @ProcterGamble will you tell me? Click To Tweet

Kellogg’s uses palm oil in products like CrunchyNut clusters, Pop Tarts and Nutri-Grain. However it denied that the palm oil in these products comes from Wilmar.

Kellogg’s confirmed that Pringles in China are made using palm oil from Wilmar and from a refinery linked to the plantations Amnesty International investigated. Chinese Pringles are made by a joint Kellogg’s-Wilmar joint venture.

I don't want my favourite brands to use #palmoil that supports child labour. @KelloggsUS will you protect workers in Indonesia? Click To Tweet

Reckitt Benickiser uses palm oil in Clearasil, Veet and Woolite. Reckitt Benckiser confirmed that Wilmar is one of its top five palm oil suppliers and that it receives palm based ingredients from a refinery linked to plantations that Amnesty International investigated.

It uses palm oil from Wilmar for making bar soap, which is sold globally, and a small amount goes into cooking oil in the USA. It said the bar soap was manufactured in Indonesia, China, UAE, Egypt, South Africa, Nigeria, Sri Lanka, Bangladesh and India,

AFAMSA confirmed that Wilmar is one of its suppliers of crude palm oil. Amnesty International traced palm oil from a refinery linked to the plantations it investigated to AFAMSA.

ADM uses palm oil in a range of edible oils that are used in manufacturing cooking oils, margarines and in other foodstuffs.

ADM confirmed that Wilmar supplies it with palm oil which it uses for industrial and food applications. ADM sources palm oil from mills that receive it from the plantations investigated by Amnesty International. ADM and Wilmar have a joint venture called Olenex through which they market refined vegetable oils and fats to the European Economic Area and Switzerland. ADM is a minority owner (23%) of Wilmar. It would not disclose which specific products used Wilmar palm oil.

Elevance Renewable Sciences confirmed it had a joint venture with Wilmar, whose processing equipment is located in Gresik, Indonesia, within a larger Wilmar facility, and which receives palm oil from Wilmar. Amnesty International also found exports of palm-based ingredients from this joint venture and another Wilmar company in Indonesia to Elevance in the US. Elevance did not disclose the products it makes using these palm-based ingredients.