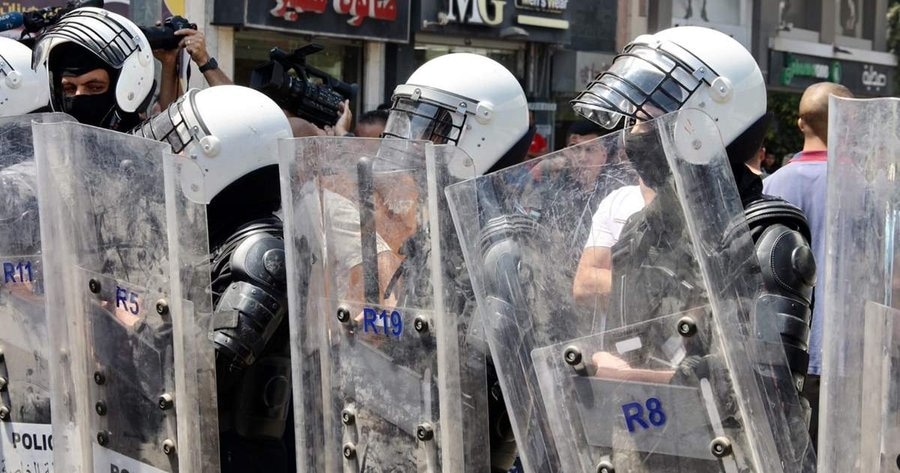 The Palestinian authorities in the occupied West Bank have launched a chilling campaign of repression cracking down on peaceful protests with unlawful force, targeting journalists, civil society activists, and lawyers with arbitrary arrests and torturing detainees, said Amnesty International today.

Tensions in Palestine have spiked since the death in custody of prominent  Palestinian critic and activist Nizar Banat on 24 June. Security forces responded to protests sparked by his death with excessive force. Most recently, on the evening of 5 July, Palestinian security forces detained at least 15 people, including protesters, journalists and a lawyer, after violently dispersing a peaceful gathering in front of the Ballou’ police station in Ramallah.

“Over the past two weeks, Palestinian authorities have launched a deliberate campaign of repression, clamping down on peaceful protesters and carrying out arbitrary arrests in an attempt to instil a climate of fear and crush dissent,” said Saleh Higazi, Deputy Director for the Middle East and North Africa at Amnesty International.

“President Mahmoud Abbas must order an immediate end to this chilling crackdown and ensure that police and other members of the security forces are held accountable for these human rights violations. This must start with a thorough, independent and impartial investigation into the death of Nizar Banat, allegedly after being tortured, and the violent repression by Palestinian forces in the aftermath.”

Preliminary autopsy results indicate Nizar Banat suffered injuries and bruising to many areas of his body, including “binding marks on the wrists and rib fractures”, according to the Independent Commission for Human Rights, Palestine’s ombudsman. This pattern of injury indicates he is likely to have been beaten in custody.

In one of the most serious incidents of unlawful force documented so far, Palestinian security forces attacked a peaceful sit-in in front of the Ballou’ police station in Ramallah on the evening of 5 July. Family members and supporters had gathered there to protest against the detention of six men who had planned to attend a peaceful demonstration in al-Manara Square in Ramallah that evening.

Police dispersed the gathering with wanton force beating protesters, dragging them on the ground, spraying them with pepper spray and pulling their hair.

Shawan Jabarin, director of the human rights organisation Al-Haq, witnessed the attack. He told Amnesty International: “I saw police officers brutally attack men and women there without any reason except that they were peacefully protesting the detention of their family members and colleagues. An older person, a father of a detainee, was sprayed with pepper spray on his face; women were pulled on the ground from their hair. I saw one journalist pulled towards the police station by police officers and get severely beaten on the head and body with batons. It was one of the ugliest, most shameful scenes.”

Police first tried to persuade protesters to leave the area without providing any legitimate reason to disperse the protest. When they refused, a police vehicle arrived and announced that they had 10 minutes to leave the area. Shortly afterwards, dozens of police officers in riot gear holding shields, batons and pepper spray rushed towards the protesters and began attacking them.

Hind Shrayedeh was among those protesting outside the police station with her three children after she heard that her husband, Ubai Aboudi, the director of Bisan Center, a research and development organisation,  was one of six men arrested by the police.  She told Amnesty International:

“We were all standing on the pavement across from the police station. I started to chant: ‘you country of freedoms, no to political arrests’. I was the only one chanting, no one else had chanted anything else, there were no signs, and everyone was standing peacefully.”

Diala Ayash, a lawyer from Lawyers for Justice, was also detained on 5 July.  She had attended the sit-in as a human rights monitor when police officers in riot gear attacked and called her name searching for her.

“When they found me, I was violently dragged towards the police station by male officers, one of whom was sexually harassing me by grabbing and hitting me on my bottom and chest,” she told Amnesty International.

Both Diala Ayash and Hind Shraydeh described how they witnessed police officers beating detained peaceful protesters on their head and bodies with batons inside the police station. At least one of them, Haitham Syaj, was hospitalized due to injuries he received.

On at least six occasions, Palestinian security forces have used unlawful force to disperse peaceful protests. Some protesters resorted to throwing rocks and other objects in response to the use of force by the authorities.

Amnesty International researchers present during demonstrations on, 24 June, the day of Nizar Banat’s death, witnessed Palestinian security forces beating protesters and bystanders, as well as using sound grenades, tear gas, and other force to disperse them.

Palestinian security forces – some in civilian clothes -also attacked peaceful protesters on 26 and 27 June, including by beating protesters with wooden sticks, batons, using pepper spray and seizing mobile phones of people attempting to film the events.

On 26 June, immediately after the initial protest dispersal, groups of men in civilian clothes also began attacking demonstrators and bystanders. Some were believed to be members of the security forces and others individuals affiliated to the political party Fatah. On 27 June, protesters came under attack from men in plainclothes again before they had even had time to gather properly. On both occasions, women were particularly targeted, many of them journalists, including with sexual assault.

Palestinian police officers failed to intervene to protect protesters from these attacks.

On 3 July, hundreds of Palestinians gathered in Ramallah for a peaceful demonstration against President Mahmoud Abbas. Security officers arrested Ghassan al-Saadi, a vocal critic of the Palestinian authorities, while on his way home following the protest . During his arrest they punched, kicked and beat him with batons.

Three activists, Jihad Abdou, Izz Al-Din Z’oul, and Salem Al-Katsh, participating in a peaceful demonstration against Ghassan’s detention before the Ramallah court complex the next day were also detained. All were charged with causing “internal strife” and “insulting the authorities” according to the repressive electronics crimes law.

“Palestinian authorities must not be allowed to continue to commit abuses unchecked. EU member states, the US, and the UK must immediately halt security assistance and military aid for Palestinian security forces and police until accountability and respect for human rights is ensured,” said Saleh Higazi.