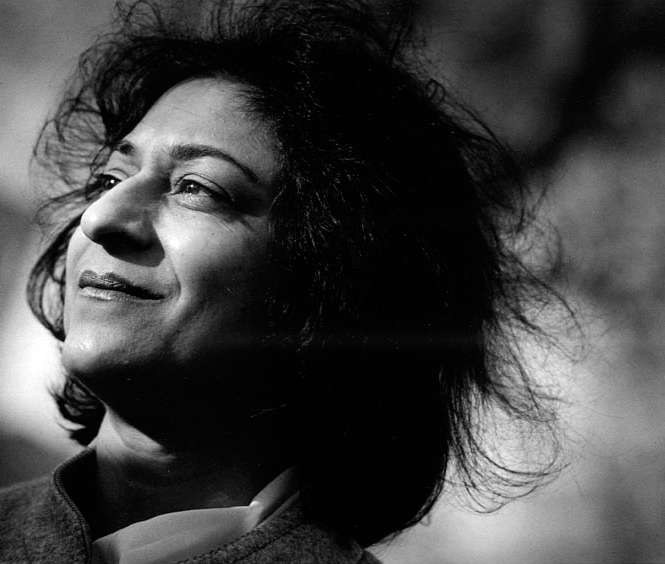 Asma Jahangir was a brave champion of human rights who leaves behind a powerful legacy, Amnesty International said today, mourning the 66-year-old Pakistani lawyer’s sudden death in Lahore on Sunday.

“For decades, Asma bravely fought for the most disadvantaged people in Pakistan, often at great personal risk. She championed the cause of women, children, bonded labourers, religious minorities, journalists, the disappeared, and so many others. She confronted injustice wherever she saw it,” said Salil Shetty, Amnesty International’s Secretary General.

Asma Jahangir began leading protests as young schoolgirl. At the age of 18, she fought for the release of her father, Malik Ghulam Jilani, who had been arbitrarily detained by the military government of Gen. Yahya Khan, leading to an historic Supreme Court judgment.

A lawyer by training, Asma Jahangir and her sister, Hina Jilani, established Pakistan’s first all women legal firm in Lahore. Their clients included Christians facing death sentences on blasphemy charges, bonded labourers who had fled the oppressive grip of feudal landowners, and women who faced violence at home.

Asma Jahangir was one of the leaders of the Women’s Action Forum (WAF), which confronted Gen. Zia-ul-Haq’s Hudood Ordinance, which discriminated against women. In 1983, Asma Jahangir and other WAF protestors were subject to fierce violence at the hands of the police. She was arrested for the first time.

A pioneer of human rights in Pakistan, Asma Jahangir was also one of the founders of the Human Rights Commission of Pakistan, a fiercely independent NGO she headed for several years.

In 1995, in the face of violent threats from vigilante mobs, Asma Jahangir and Hina Jilani successfully defended two Christian teenagers, Salamat Masih and Rehmat Masih, in their appeals against death sentences for blasphemy.

Asma Jahangir and the accused faced threats of violence throughout the case. At one point, she was shouted down by an angry crowd. Her car was smashed as she attempted to leave the court. Concerned for their safety, she sent her daughters abroad to continue their schooling. As she told Amnesty International at the time, “They have done everything to intimidate me. They have even turned on my two daughters. I have had to send them out of the country. Sometimes you have to pay such an unbearable price for what you believe in.”

Support from Amnesty International’s members gave her strength during that difficult time. “The actions of Amnesty International members make me feel safer and braver,” she said. Also, in 1995, Asma Jahangir became the second-ever winner of the Martin Ennals Award for Human Rights Defenders, the first of many international accolades that would come her way.

Four years later, in 1999, a gunman burst into Asma Jahangir and her sister’s offices in Lahore and shot dead Samia Imran, a victim of domestic abuse, who had come there to seek help in divorcing her husband. One of the bullets narrowly missed Hina Jilani.

In 2007, Asma Jahangir was placed under house arrest by then General Pervez Musharraf when he imposed a state of emergency, suspending the constitution and arbitrarily detaining hundreds of people, including judges, opposition politicians and human rights defenders.

In 2010, she became the first woman to be elected President of the Supreme Court Bar Association, overcoming a campaign that was marked by scurrilous attacks on her and her family by rivals and critics in the media.

One of Asma Jahangir’s most determined struggles has been against the unlawful and cruel practice of enforced disappearances. It was an issue she addressed in her last public speech just three days before her death at the “Pashtun Long March” in Islamabad. Over recent months, there has been a sharp increase in the number of enforced disappearances across Pakistan, stretching beyond conflict zones deep into the heart of its main cities.

Asma Jahangir’s human rights work went far beyond Pakistan. She served as a UN Special Rapporteur three times – on extrajudicial, summary or arbitrary executions, on freedom of religion or belief, and, most recently, on Iran. At the time of her death, Asma Jahangir was also a member of Amnesty International’s Regional Advisory Group for the Asia-Pacific region.

“Asma’s sudden death is a loss not just for Pakistan, or for South Asia, but for the human rights movement globally. She leaves behind a powerful legacy that we must all honour by giving voice to those who are not being heard,” said Salil Shetty.