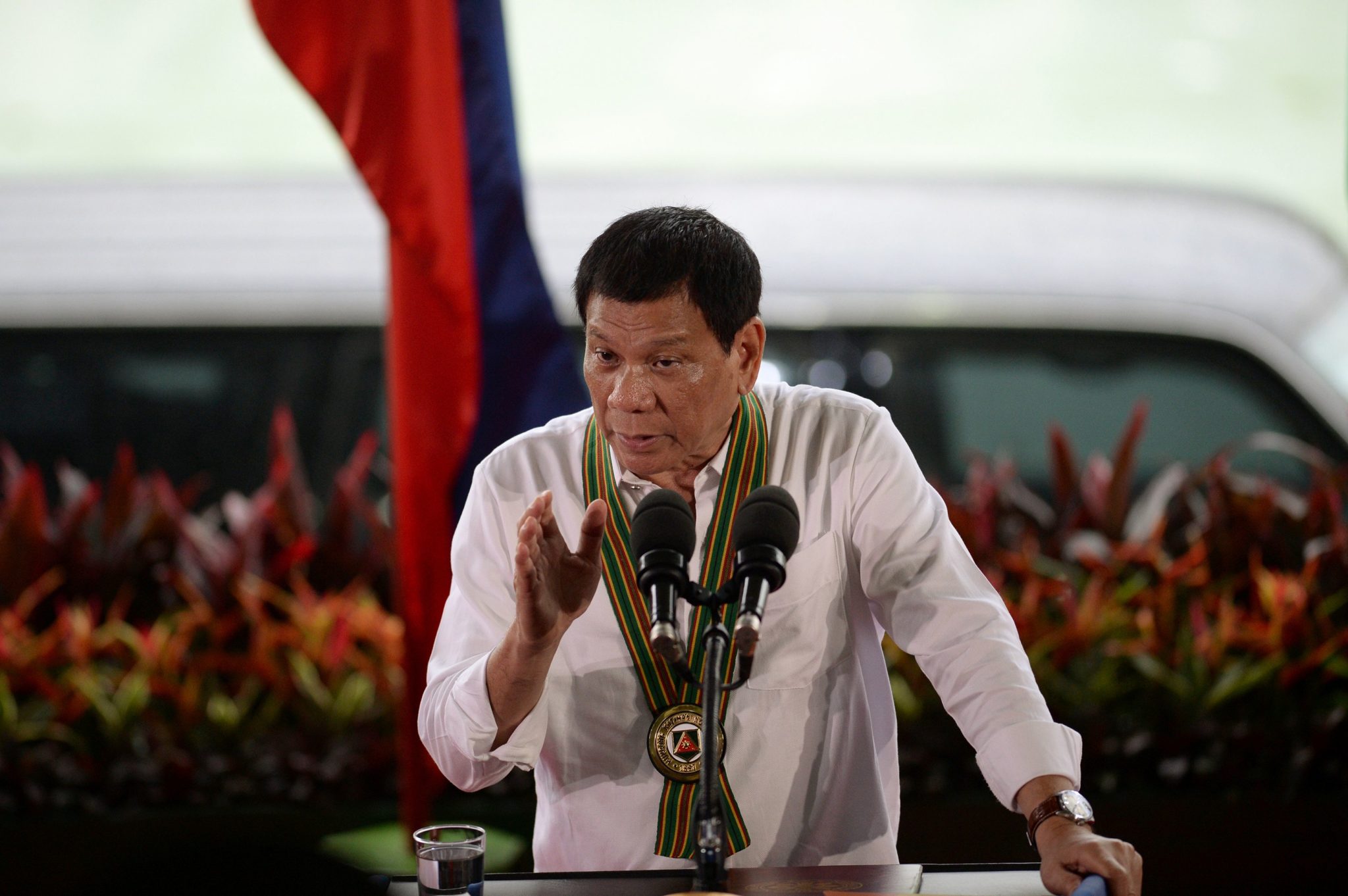 “I don’t care about human rights, you better believe me.”

By James Gomez, Amnesty International’s Director for Southeast Asia and the Pacific

We cannot say that we were not warned. During his campaign for the Philippine presidency, Rodrigo Duterte made his contempt for human rights and the rule of law glaringly apparent. He vowed to kill as many as 100,000 people – filling Manila Bay with so many bodies that the fish will “grow fat.”

Over the past year, since Duterte became President, thousands of people have been killed in the so-called war on drugs. Every morning, people in some of the country’s poorest neighbourhoods awake to find fresh bodies dumped in the streets, marked by bullet wounds. In some instances, signs are left on the bodies, denouncing the dead as “pushers.”

In his campaign against drugs, Duterte has incited people to take the law into their own hands and kill anyone suspected of being a user or a seller. “If you know of any addicts,” he told a crowd of his supporters last year, “go ahead and kill them yourself.” Prone to profanity, Duterte makes no attempt to varnish his words or conceal his intent. “My order is shoot to kill you,” he warned alleged drug offenders. “I don’t care about human rights, you better believe me.”

The police, who are supposed to uphold the rule of law, have come to resemble a criminal enterprise. They avoid making arrests in favour of shooting suspects dead in cold blood. They manipulate police reports to make it seem the victim was resisting. Even in death, the victims are denied dignity. Evidence is planted in their homes and their possessions are stolen.

Bodies are casually dragged outside and dumped in the street. They have been abandoned in front of shops, by open sewers, or stacked, in the haunting words of Pulitzer-prize winning photographer Daniel Berehulak, “like firewood” in morgues. In many neighbourhoods, the police have entered a racket with busy funeral homes, which give them a cut for each corpse sent their way.

People who have bravely spoken out against the chilling disregard for human life have been demonized. Senator Leila de Lima, his most vocal critic, still languishes in detention. He has threatened human rights activists with murder. “I will take all your heads off,” Duterte said in one of his menacing rants.

Few leaders have so brazenly taken pride in their assaults on human dignity. And yet, there have been no consequences for such behavior. Not only have there been no credible investigations into the mass killings in the Philippines, or accountability worthy of the name, but Duterte continues to strut on the world stage, his reputation somehow intact.

This year, the Association of South East Asian Nations (ASEAN) marks its 50th anniversary, with the Philippines at the helm of the regional organization. The other nine leaders, many of whom have questionable human rights track records of their own, have maintained a studious silence around the mass killings.

In May, according to a leaked transcript, Donald Trump even lavished praised on Duterte for how he has dealt with the Philippines’ drug problem. “I just wanted to congratulate you because I am hearing of the unbelievable job,” Trump said. This is in despite the U.S. State Department’s own annual human rights report’s description of the killings as “the chief human rights concern in the country” and it raising an alarm about “cases of apparent governmental disregard for human rights and due process.”

The clear danger is of the international community acquiescing to a ‘new normal’ where outrages against human dignity are indulged in the cynical pursuit of other aims. For Trump, any support that Duterte could offer him on defusing the North Korea crisis was enough to win his silence on human rights abuses. The cooperation has deepened since martial law was declared in southern Mindanao province, as the Philippine security forces battle the armed group known as Islamic State.

The government was so singularly focused on the violent campaign against drugs that it was taken by surprise when armed groups began seizing territory in Mindanao. When the authorities act outside the law, the consequences are felt widely. The result is an even more dangerous country – where the authorities violate the rule of law instead of upholding it, where armed groups become emboldened, and where the most vulnerable people suffer.

James Gomez is Amnesty International’s Director for Southeast Asia and the Pacific.