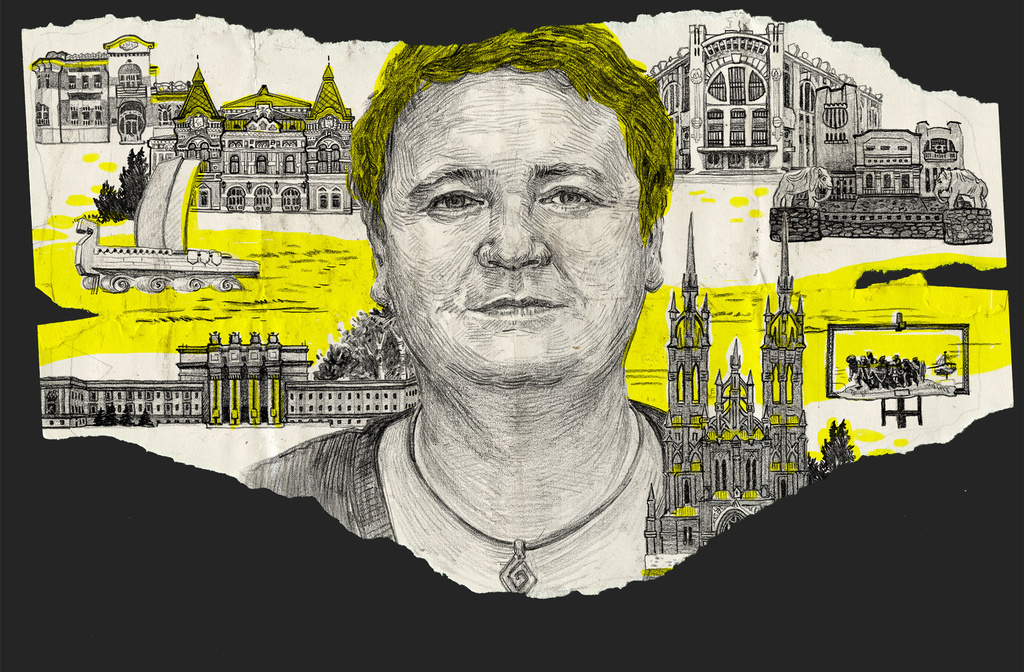 Oksana Berezovskaya is a human rights defender that created Avers, a centre that serves as a safe space for LGBTI people, their families and friends. The essential purpose of her human rights work is to enable people to be with those they love without fear.

Samara is my home city and I love it very much. The city and the surrounding area have so much to offer: high river banks with their stunning views of the Volga, old streets and the embankment, the Samarskaya Luka nature reserve and the Zhiguli Heights are filled with ancient legends. As someone who works with people, I feel especially good outdoors. I enjoy being by myself, wandering in the hills where I can think or switch off from work. But it is people, not places, that inspire me most, including many human rights defenders from Russia, and colleagues from international organisations, both LGBTI and heterosexual people alike.

Despite many homophobic laws and television propaganda demonizing LGBTI people, my family and friends treat me with respect. I am not afraid to walk in the streets of Samara, not afraid of talking to people. But I am afraid of the Russian state’s homophobic policies and of the pressure from government institutions against people like me. Today the state can imprison me solely for defending human rights and for helping other people. And our work is very important for the country. I dream of the day when the words “human rights defender” will no longer sound like an insult and the actions of the state itself will no longer be punitive.

The LGBTI movement Avers was founded in Samara by Mikhail Tumasov in 2011, soon after the infamous “Milonov law” was adopted in Saint Petersburg, which banned “propaganda of homosexuality”. At the time, I was working as a lawyer and I decided not to get involved. I believed that if something didn’t affect me personally, I should keep quiet. But when I heard my own father saying negative comments about LGBTI people, it was impossible for me to keep silent. I joined Mikhail and together we organised various events such as “A Week Against Homophobia” and “The Day of Silence”. At the time, we tried to prevent a regional law in Samara banning the “propaganda of homosexuality” from going through. It goes without saying that we did not succeed and the law was adopted. But we continued our work. In 2013, the homophobic law prohibiting all “homosexual propaganda” was passed at the federal level. Mikhail relocated to Saint Petersburg and I took his place leading the movement in Samara.

Our main achievement has been the creation of a centre that serves as a safe space for LGBTI people, their families and friends. It’s very important to have a space like this. Before, there were many things that LGBTI people could not discuss at home and all they had was the street or the club. Today, they can come here and no one tries to keep them quiet, They can discuss any issue freely and they can simply be themselves.

Our centre also offers free legal and psychological assistance to LGBTI people and the law firm “Puls Vremeni” (Zeitgeist) will represent our interests in court. We also have a social theatre staging productions on topical issues. Last year, we rented the premises from a tango school and our production was seen by more than 60 people. The play was about people who, despite the homophobia they face on a daily basis, decided not to abandon a relationship with those they love. We dedicated the production to the gay men killed in Chechnya during the purge campaign in early 2017.

I don’t want and never wanted to leave Samara or Russia. I am a patriot and I do all I can to make life in our country better. Once, a young woman I had never met before came up to me in the street. She thanked me for my work and told me that she will soon visit our centre. It was very important for me to realise that even people I had never met before, know about my work and value it.

The essential purpose of our human rights work is to enable people to be with those they love without fear. I am very lucky. My family treats my wife Vera very well and she does the same to them. Not so long ago, my father told me: “I don’t care who you are with – a man or a woman. The most important thing is that you are happy”. He understood the essence of my work and changed his attitude towards LGBTI people. I hope that one day this will happen in other families across the country too.