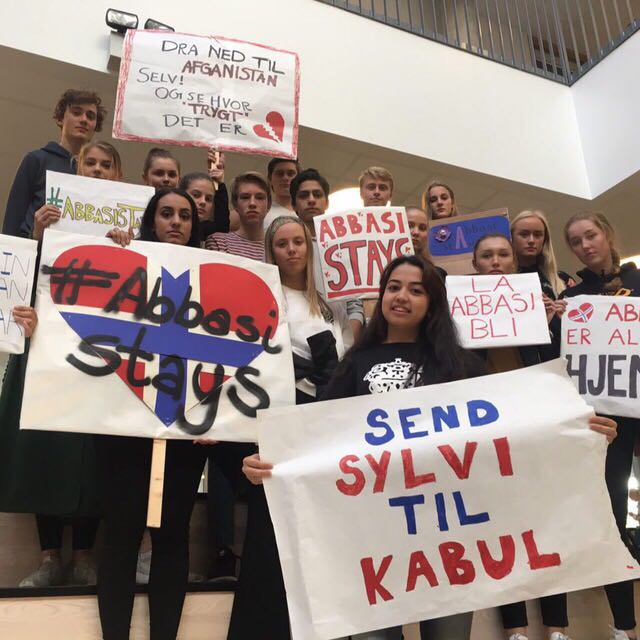 Norway: Parliament must seize opportunity to save Afghans from the horrors of war

The Norwegian parliament has a chance to protect people seeking asylum from the horrors of war by voting in favour of a temporary stay on all returns to Afghanistan, Amnesty International said today.

“As the security situation in Afghanistan continues to deteriorate, Afghans who have sought asylum in Norway will be watching this vote with trepidation,” said Maria Serrano, Senior Campaigner on Migration at Amnesty International.

“We are calling on the Norwegian government to buck the Europe-wide trend that has seen a sharp increase in the number of Afghans being forced back to danger. This would affirm Norway’s reputation as an upholder of human rights that stands up for people fleeing war and persecution.”

Earlier this month, Norway’s minister for migration Sylvi Listhaug admitted that she would not go to Afghanistan herself because it is too dangerous. Yet despite the fact that civilian casualties in Afghanistan are at their highest rate ever, the Norwegian government continues to condemn scores of Afghans to fear, uncertainty and the risk of human rights violations by returning them to the country.

Amnesty International has been supporting a grassroots campaign led by a group of Norwegian teenagers, who are fighting to protect their classmate Taibeh Abbasi from being deported to Afghanistan.

Taibeh, 18, was born in Iran to Afghan parents. She has never been to Afghanistan as the family fled to Norway from Iran in 2012. Taibeh told Amnesty International that she is terrified of what the future may hold if she is sent to Kabul, the most dangerous province in Afghanistan where human rights violations are rife.

In recent weeks hundreds of people have been killed and wounded as a wave of attacks have struck the Afghan capital. In recent years, the heavily fortified Norwegian embassy has itself been attacked and forced to shut down because of threats.

“There are thousands of teenagers like Taibeh, in Norway and across Europe, who live in fear of a knock on the door that will change their lives forever. Rather than uprooting young people from safe homes and sending them to war zones, European governments should be supporting them to build their lives in safety and dignity,” said Maria Serrano.

“Tomorrow Norwegian parliamentarians have the chance to set the standard for Europe and send a message that protecting human rights should be at the centre of any migration policy. We are calling on them to see sense and to vote to halt these returns, which will expose people to serious harm and danger, in brazen violation of international law.”

Parliamentarians will vote on a motion tabled by the Socialist Left Party, on Tuesday 14 November.

In 2016, according to UNAMA, 11,418 people were killed or injured in Afghanistan. Attacks on civilians took place in every part of the country and most of them were carried out by armed groups, including the Taliban and the so-called Islamic State. In the first six months of 2017 alone, UNAMA documented 5,243 civilian casualties.

The binding international legal principle of non-refoulement means that European countries cannot transfer anyone to a place where they are at a real risk of serious human rights violations. Returning asylum-seekers to harm and persecution in Afghanistan, as violence escalates, is a violation of international law.