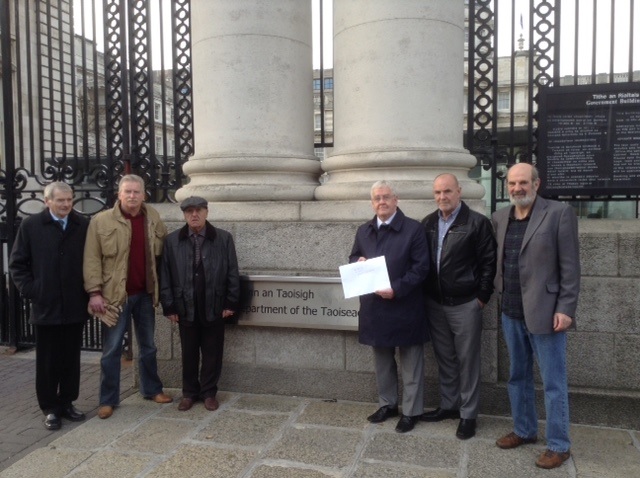 The UK Supreme Court has today found that the Police Service of Northern Ireland (PSNI) acted unlawfully by deciding not to proceed with an investigation into the torture of 14 men in the 1970s. The PSNI challenged a 2019 judgment in favour of the ‘Hooded Men’.

The case also involves the Secretary of State for Northern Ireland and the Department of Justice. Amnesty International investigated the torture in the 1970s and always supported the calls for an independent investigation. Amnesty are intervenors in the case.

Francis McGuigan, one of the ‘Hooded Men’, said:

“I am relieved with the outcome today. 50 years is a long time to wait for justice – that changes today – the investigation into torture must now immediately get underway. The investigation previously started with Jon Boutcher before the PSNI’s decision to stop it. It must begin again with urgency.

“The UK government proposal to end investigations must not become law and interfere with long overdue truth and accountability in my or any other case. My message to other victims is take hope from today and keep fighting.”

“Today’s decision is a victory for justice. The message is clear, the PSNI acted unlawfully by refusing to proceed with an investigation into state-sanctioned torture. In doing so it shamefully added to the trauma already inflicted and has delayed the truth, justice, and accountability to which these men are entitled.

“The ruling today comes at a critical time when the stakes for victims’ rights could not be higher. The UK Government plans to end investigations and close down all paths to justice for victims of the ‘Troubles’. This cannot happen. There must be no legislating for impunity. Perpetrators of human rights abuses must not be shielded at the expense of victims

“Today’s finding should stop the Government in its tracks. Justice delayed is still better than justice denied and it’s completely wrong for people in authority to try and put themselves above the law.”

“Today’s decision is a landmark victory for the Hooded Men. Since 2014 they have actively contested the decision by the PSNI not to investigate the allegations of torture.  It was always clear that the initial investigation by the PSNI was nothing more than a window-dressing exercise which only sought to pay lip service to the term ‘investigation’.”

In September 2019, the Court of Appeal ruled that an investigation into criminal acts committed during the interrogation of the ‘Hooded Men’ in Northern Ireland in 1971 should proceed and that the men’s treatment amounted to torture.