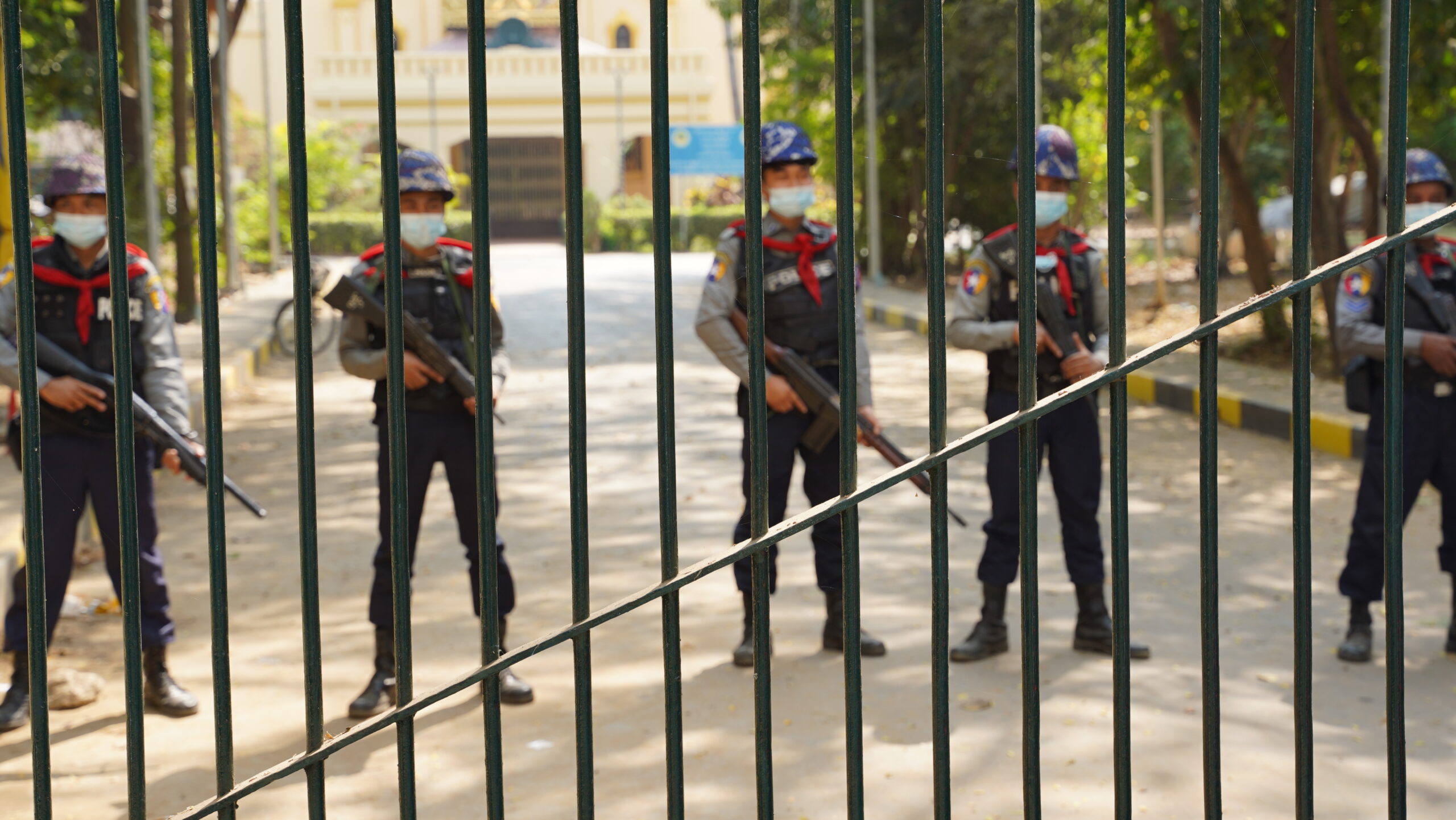 The United Nations Security Council (UNSC) must immediately impose a comprehensive arms embargo on Myanmar to bring an end to the mass killing of largely peaceful protestors by the Myanmar security forces, said Amnesty International today in a joint call with over 200 civil society organisations.

“Mere condemnation by the international community has had no effect. It is time for the UN Security Council to use its unique powers to impose a comprehensive global arms embargo in order to try and end the military’s killing spree,” said Lawrence Moss, Senior UN Advocate for Amnesty International.

Since the 1 February coup, at least 769 protestors have reportedly been unlawfully killed by the military, and thousands more arbitrarily detained, including the country’s elected civilian leadership, human rights defenders, activists, journalists, and other critics of the military coup.

After examining over 50 clips from the ongoing crackdown, Amnesty International found that the Myanmar military, including units implicated in crimes under international law against the Rohingya and other ethnic minorities, is using increasingly lethal tactics and weapons normally seen on the battlefield against peaceful protesters and bystanders across the country. Many of these killings amount to extrajudicial executions.

On 10 March 2021, the UNSC issued a Presidential Statement that “strongly condemns the violence against peaceful protestors, including women youth and children,” and “calls for the military to exercise utmost restraint.” On 24 April, the leaders of the Association of Southeast Asian Nations (ASEAN) released their consensus statement calling for the “immediate cessation of violence in Myanmar.”

UN Secretary-General Antonio Guterres has also strongly condemned “the continuing brutal violence by the military in Myanmar,“ and said the “continuing military crackdown (…) is unacceptable and demands a firm, unified and resolute international response.” The Secretary-General’s Special Envoy Christine Schraner Burgener, who has been barred from even entering Myanmar by the military has strongly condemned “the continuing bloodshed in the country as the military defies international calls, including from the Security Council, for restraint, dialogue and full respect for human rights and fundamental freedoms.”

In April 2021, UN High Commissioner for Human Rights Michelle Bachelet warned that the situation in Myanmar clearly echoes that of Syria in 2011. “There too, we saw peaceful protests met with unnecessary and clearly disproportionate force. The State’s brutal, persistent repression of its own people led to some individuals taking up arms, followed by a downward and rapidly expanding spiral of violence all across the country,” she said.

“The Myanmar military has ignored calls from the leadership of the international community to halt its murderous rampage. The generals are defying the unanimous demands of the UN Security Council and Myanmar’s ASEAN neighbors to halt the bloodshed,” said Lawrence Moss.

“Had the Security Council imposed and enforced an arms embargo in Syria a decade ago, the bullets would have run out long ago. This time the Council must act before the grave situation in Myanmar becomes a similar catastrophe.”

Amnesty International is renewing its call for the UN Security Council to impose a comprehensive arms embargo as part of the #NotOneBulletMore campaign together with over 200 civil society organisations.

Amnesty International has also called on the UN Security Council to refer the situation in Myanmar to the International Criminal Court, as well as impose targeted financial sanctions against Commander-in-Chief Senior General Min Aung Hlaing (Myanmar’s military chief now in charge of the country) and other military leaders responsible for atrocity crimes against various ethnic minorities across the country, including the Rohingya.