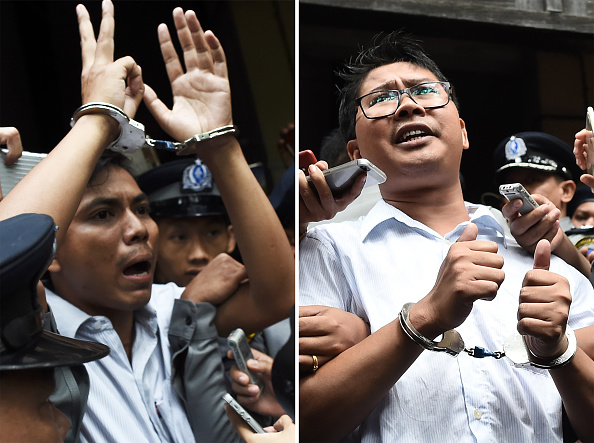 “The decision to keep these two brave and innocent Reuters journalists behind bars plays in the hands of the Myanmar authorities’ attempt to hide the truth about the atrocities committed in Rakhine.

“Wa Lone and Kyaw Soe Oo were convicted on trumped-up charges. The massacre that they were investigating at the time of their arrest has been admitted to by the Myanmar military, and a senior police officer testified in court that the two journalists were set up by the police. That officer was subsequently jailed but is awaiting release.

“Wa Lone and Kyaw Soe Oo have spent more than a year in prison since their arrest in December 2017, separated from their family and their young children.

“One day in prison was already an injustice. This appalling farce must end now. Myanmar authorities must release the two journalists immediately and unconditionally. Themust also ensure that the people of Myanmar have the right to freedom of expression, association and peaceful assembly, including by repealing or amending the oppressive laws that are used against journalists, activists and human rights defenders.”

Wa Lone and Kyaw Soe Oo were arrested in Yangon, Myanmar’s main city, on 12 December 2017. At the time, the two journalists had been investigating a massacre committed by members of the Myanmar security forces in northern Rakhine State. The Myanmar military’s operations were marked by widespread atrocities targeting the Rohingya population, including deportation, murder, rape, torture and the burning of homes and villages. The UN Fact-Finding Mission has said that senior military officials should be criminally investigated for war crimes, crimes against humanity, and genocide.