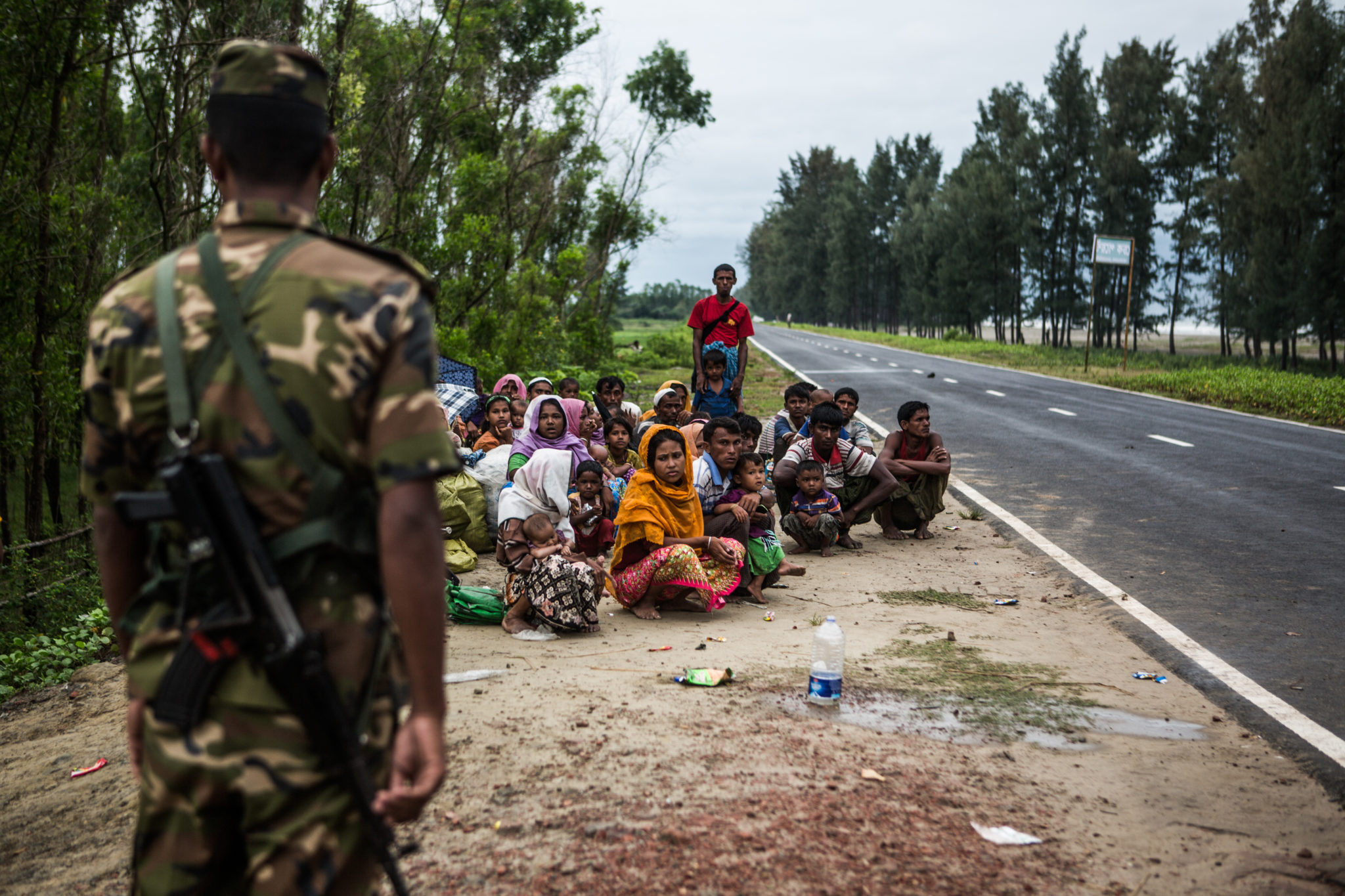 The Myanmar security forces’ devastating campaign against the Rohingya population in northern Rakhine State is far from over, Amnesty International said today, as it published new evidence of ongoing violations that have forced hundreds more people to flee in recent weeks.  In late January 2018, the organisation interviewed 19 newly arrived Rohingya men and women in Bangladesh, who described how forced starvation, abductions and looting of property drove them to flee. Humanitarian agencies have documented thousands of new arrivals over the course of December and January, and many days still see scores of people streaming across the border.

“Shielded by official denials and lies, and a concerted effort to deny access to independent investigators, Myanmar’s military continues to get away with crimes against humanity. Myanmar’s security forces are building on entrenched patterns of abuse to silently squeeze out of the country as many of the remaining Rohingya as possible. Without more effective international action, this ethnic cleansing campaign will continue its disastrous march,” said Colm O’Gorman, Executive Director of Amnesty International Ireland.

The ongoing oppression appears to be designed to make northern Rakhine State unliveable for the tens of thousands of Rohingya still there, and follows the Myanmar military’s relentless campaign of violence, which has driven more than 688,000 Rohingya across the border to Bangladesh since August last year.

On 25 August 2017, Myanmar’s army launched a military operation against the Rohingya civilian population across northern Rakhine State, after the armed group, the Arakan Rohingya Salvation Army (ARSA), attacked around 30 security force outposts. Crimes against humanity committed by the military include the widespread killing of women, men, and children; rape and other forms of sexual violence against women and girls; mass deportation; and the systematic burning of villages. Recent arrivals to Bangladesh had stayed in Myanmar throughout all of this, in a bid to protect their property and safeguard their right to live in their villages.

The new arrivals told Amnesty International that the military’s persistent persecution finally broke their resolve, forcing them to join the exodus to Bangladesh. Almost all of them blamed the Myanmar authorities’ forced starvation of remaining Rohingya communities for creating acute food insecurity, and eventually driving them to flee. Many new Rohingya arrivals said the breaking point came when the military denied access to their rice fields at harvest time, in November and December. Myanmar security forces have also participated in, or facilitated, the theft of Rohingya livestock and have burned several local markets and denied access to others. All of this has devastated Rohingya livelihoods and caused food shortages.

Dildar Begum, 30, arrived in Bangladesh in early January 2018 after leaving Ka Kyet Bet Kan Pyin village, near Buthidaung town. She told Amnesty International that her family was put in a dire financial situation when the authorities came to their house and extorted considerable money, threatening to arrest her husband if they did not pay. Then, the military stopped them and other Rohingya villagers from harvesting their rice fields. “We weren’t able to get food, that’s why we fled,” she said.

Amnesty International also documented three recent incidents of the Myanmar military abducting girls or young women. In early January, soldiers forced their way into a house in Hpoe Khaung Chaung village, Buthidaung Township. As the soldiers searched the house, Hasina, 25, said they demanded at gunpoint that her uncle hand over her 15-year-old cousin, Samida. The family has not seen the girl again. The same is true of the other abducted girls and young women, making them victims of enforced disappearance.

Rohingya families from villages where the military recently abducted women and girls said they fled in fear that the abductions would continue. Given the pervasive sexual violence that has marked this and previous military campaigns against the Rohingya in northern Rakhine State, the abduction of women and young girls raises serious concerns of rape and sexual slavery.

Fleeing Rohingya typically have to walk for days before reaching the coast to cross to Bangladesh by boat. Myanmar security forces have set up checkpoints along these paths where they often deal a final blow: the systematic theft of money and other valuables from each person who passes through. More than a dozen Rohingya new arrivals described the worst such checkpoint as being near Sein Hnyin Pyar village tract, where many Rohingya cross the mountains that divide Buthidaung and Maungdaw Townships. They consistently described a barbed-wire fence having been erected across a creek path there. When groups of families arrive, soldiers and Border Guard Police descend from a security force outpost on a hillside and surround them, separating men from women.

The security forces then systematically rob the Rohingya of valuables. Mohammed Salam, 37, said that when his family passed through the checkpoint near Sein Hnyin Pyar in early January, soldiers stole more than 600,000 kyats ($451 USD) from him and his wife, along with gold, a portable solar panel, and some clothes – essentially their entire wealth. Many Rohingya said that, after robbing them, the security forces took down their names and the villages they were from. At later checkpoints, in Maungdaw Township, some new arrivals also described being photographed and, in a few cases, recorded on a video camera saying the military had not mistreated them.

Rohingya women, particularly young women, attempting to flee also told Amnesty International that Myanmar soldiers subjected them to sexual violence during searches at checkpoints. Khateza, 22, arrived at the same checkpoint near Sein Hnyin Pyar on around 25 January. After searching the men from head to toe and robbing them, the security forces searched the women.  “They searched our bodies. They took off our [outer] clothes. All the young women, including me, they searched us like this – they put their hand inside [on our breasts]… I was really uncomfortable. It was so embarrassing. I was crying.”

“The extent and range of these ongoing attacks in northern Rakhine State show how Myanmar’s military continues to assault and undermine not just individuals, but the dignity of the Rohingya population as a whole. This lays bare why plans for organised repatriation are woefully premature,” said Colm O’Gorman.

The governments of Bangladesh and Myanmar signed a repatriation arrangement in late November 2017, then announced they would begin returns on 23 January 2018. The Government of Bangladesh delayed executing the first phase of that plan hours before the deadline, but Myanmar continues to say it is ready to start.

“Since the beginning of the crisis, the international community’s response to the atrocities against the Rohingya population has been weak and ineffective, failing to grasp the severity of the situation in northern Rakhine State or put sufficient pressure on Myanmar’s military to stop the ethnic cleansing. An arms embargo and targeted sanctions are urgently needed to send a message that these violations will not be tolerated. There is also an urgent need for unfettered and sustained humanitarian access throughout northern Rakhine State,” said Colm O’Gorman.