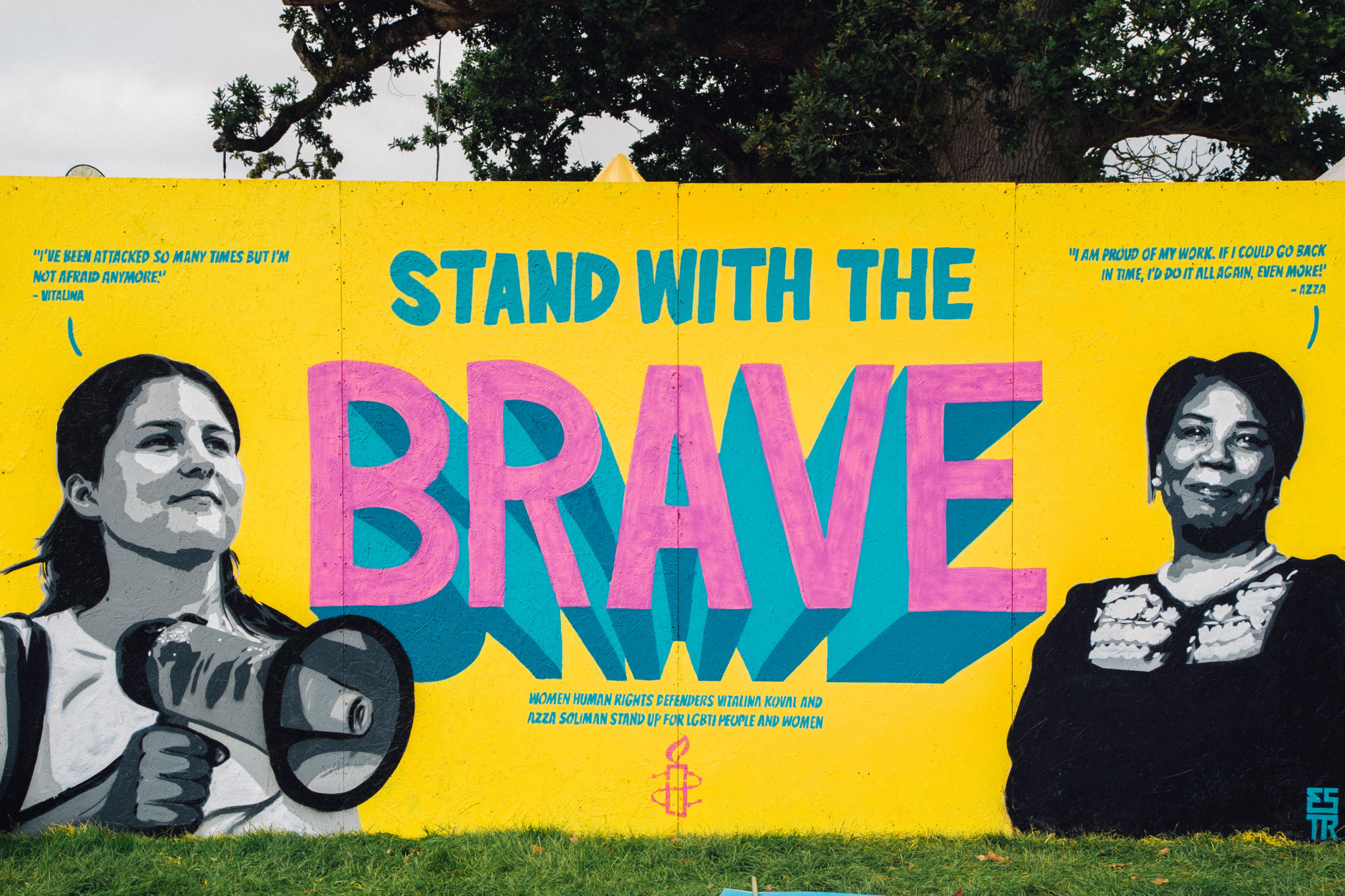 The Human Rights Defenders World Summit 2018 comes at a time when, on an almost daily basis, a human rights defender (HRD) is reported killed, when criminalization and defamation have become standard risks, and when governments are failing their commitments made in 1998 to respect and protect HRDs.

All over the world, ordinary people with extraordinary passion are speaking out for justice and equality in their everyday lives. These HRDs are teachers, factory workers, journalists or lawyers; they are mothers and fathers, sisters and brothers. They are driven by their deep belief that people everywhere should be able to enjoy and exercise their rights. And they pose a challenge to authoritarians, corrupt officials and those who put profit over the protection of natural resources and communal rights to land.

“Governments, companies and other powerful figures are harassing, spying on, jailing, torturing and even killing human rights defenders – just for defending the fundamental rights of their communities,” said Andrew Anderson, Executive Director of Front Line Defenders, on behalf of the convening organizations leading the Human Rights Defenders World Summit.[1]

“The safety of defenders who are affected by inequality, exclusion, and intersecting forms of discrimination is further jeopardized every day because of the work they do,” said Cindy Clark, feminist activist and Co-Executive Director of AWID, also on behalf of the convening group.

The Human Rights Defenders World Summit 2018 (29-31 October) will bring together a diverse group of more than 150 human rights defenders who are on the frontlines of the struggle for justice, freedom and equality. HRDs at the summit will develop strategies to tackle the obstacles and challenges they face in their fight against repression, racism, discrimination, killings and enforced disappearances. They will work to present an Action Plan for key stakeholders – including governments, corporations, international financial institutions, donors and others – to ensure the respect for and safety of human rights defenders.

Among them is Pulitzer Prize-winning journalist Matthew Caruana Galizia, who is calling for justice after his mother, Daphne Caruana Galizia, was assassinated one year ago in Malta; Anielle Franco, who is bravely campaigning on behalf of her sister, Marielle Franco, a Brazilian activist and elected councillor who was shot dead in her car seven months ago; and Hina Jilani, human rights lawyer and founder of the Human Rights Commission of Pakistan, who is working to ensure a corruption-free legal system in Pakistan.

Twenty years ago, the first-ever Human Rights Defenders Summit was held at the Palais de Chaillot, Paris. That year, governments adopted what has become known as the Declaration on Human Rights Defenders to acknowledge the key role of HRDs. States committed to recognizing and protecting all those who defend human rights – whoever they are and wherever they are. Yet 20 years on, despite progress in some areas, many governments are continuing to fall short of their commitments. In 2017, at least 312 human rights defenders were assassinated, twice as many as in 2015, almost all with impunity for the perpetrators.

The Summit will be livestreamed, and journalists can be accredited to attend and interview HRDs.