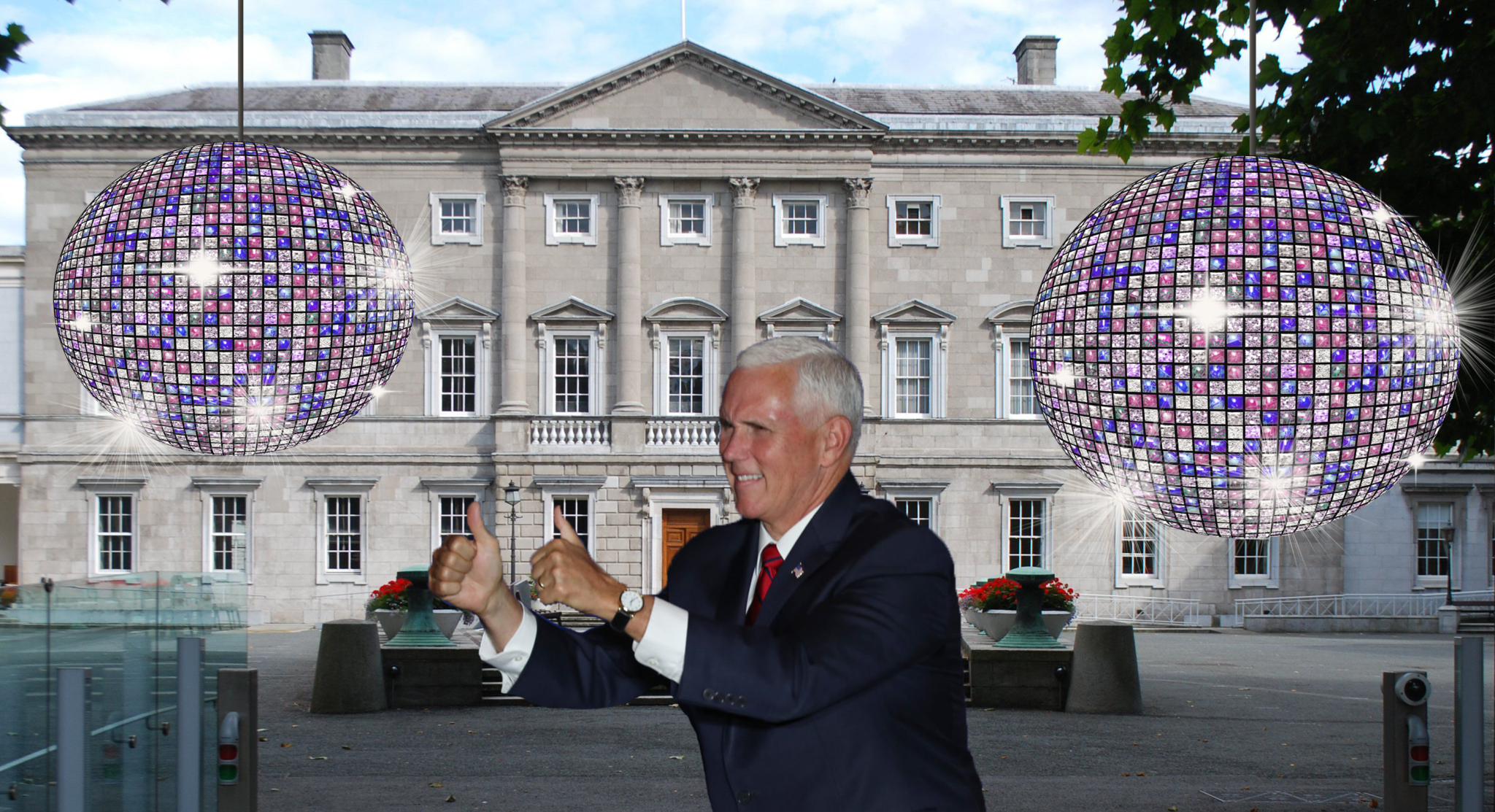 US Vice President Mike Pence is coming to Ireland on the 3rd September. We want to show him, and people that support him, that we’re a different country now, so that he can’t go back to the USA and say there is any support for his policies here. That Ireland is a place where you can be who you are and love who you love. Where you can stand up for your rights and that others will stand with you. That even though there is so much still to do, we’re moving forwards, not backwards.

Trump and Pence have spear-headed policies that target refugees and migrants, women, LGBTI people, amongst so many others, as well as pushing climate change denial and dangerous rhetoric against journalists and anyone who opposes them.

So, we decided to have a Disco outside the Dáil! A celebration of the people that Pence and Trump’s cruel policies discriminate against.

And we’re going to invite Mr. Pence to our disco. We hope he RSVP’s 😉

Let’s show Mike Pence that we are a country that wants to love and accept people. Please register your interest.