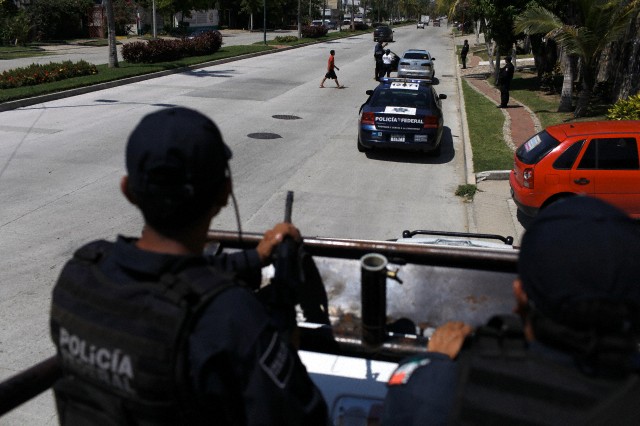 Fresh video evidence, independently verified by Amnesty International, showing men dressed in Mexican military uniforms shooting a person dead during a security operation in central Mexico highlights the urgent need to stop the military from performing policing functions, Amnesty International said today as Mexico debates a bill that would allow the army to act as police.

“This video shows what human rights activists have been reporting for decades: the Mexican military is out of control and should never be tasked with public security operations. The mere idea of allowing military personnel to detain people and investigate crimes is outrageous given the Mexican military’s tragic human rights record. This is an ill-conceived strategy that has already proven utterly ineffective. Instead of trying to fight violence with more violence and risking turning into another criminal group, the Mexican authorities must focus on their duty to protect the rights and safety of all,” said Erika Guevara-Rosas, Americas Director at Amnesty International.

Military sources officially confirmed that on 3 May 2017, it performed two security operations on Palmarito Tochapan, a small town in the state of Puebla, in central Mexico. According to the military, during the second operation there was a shootout between soldiers and alleged criminals, resulting in the death of five people, including two soldiers. Days later a video footage, purportedly of the operation, was published on social media. In it, a soldier presumably shoots an individual lying on the floor.

Amnesty International independently verified the video footage and did not find any evidence suggesting that the video had been edited or tampered with. The organisation was also able to verify that the footage was taken in Palmarito Tochapan, that the video did not appear on the internet before 4 May 2017, and that the uniforms, weapons, and vehicles in the video are consistent with other footage of the Mexican army. Amnesty International also analysed corroborating videos of the same event shared independently on social media.

Based on this evidence, Amnesty International finds enough reasons to believe that an extrajudicial execution might have occurred on the night of 3 May 2017 at Palmarito Tochapa, Puebla, and calls on the authorities for an impartial, independent and effective civilian investigation of the military personnel involved in the case, including those with command or superior responsibility.

“All the evidence points to the fact that the members of the Mexican military have committed an extrajudicial execution, a crime under international law. The Mexican authorities must not waste any more time and initiate an urgent civilian investigation into this incident,” said Erika Guevara-Rosas.

The case arises amid a nationwide discussion on a draft “internal security” bill that will mandate the Armed Forces to participate in some security operations that should be performed by the police. This includes powers of detention, gathering and processing of evidence and participation in the investigation of crimes.