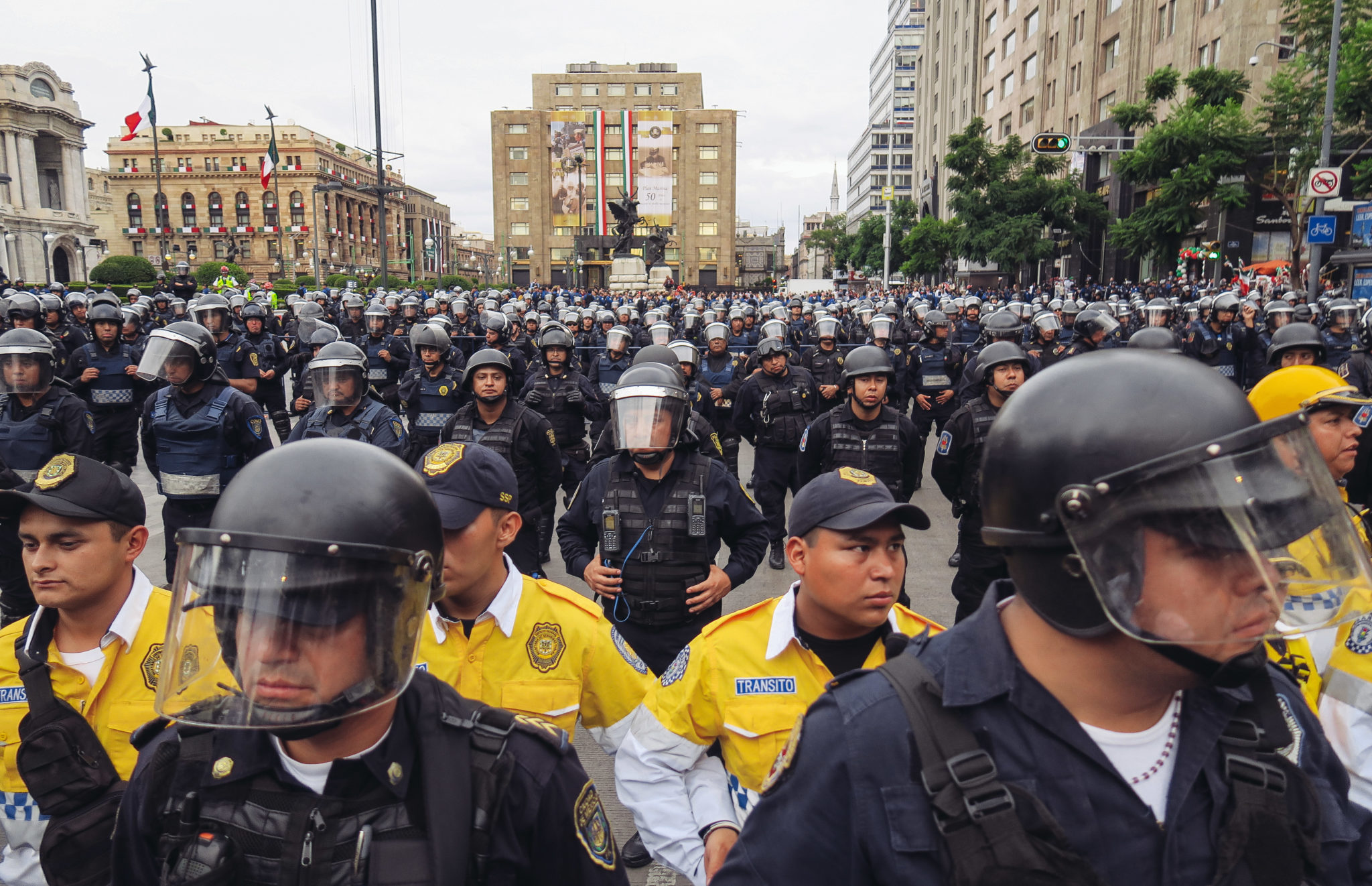 False suspicions: Arbitrary detentions by police in Mexico demonstrates how police across Mexico routinely detain people arbitrarily in order to extort them. They also often plant evidence in an effort to prove they are doing something to tackle crime or to punish individuals for their human rights activism. The report is based on confidential interviews with members of the police and the justice system.

“The justice system in Mexico is completely unfit for purpose and is therefore failing the people massively,” said Erika Guevara-Rosas, Americas Director at Amnesty International.

“Police seem to be detaining people for no reason other than to pretend action is being taken to tackle crime. This ultimately achieves nothing and puts everyone in the country in danger of human rights violations, including torture and other ill treatment.”

Arbitrary detentions can easily lead to other human rights violations such as torture, enforced disappearance and extrajudicial executions.

On 25 February 2016, police officers in X-Can, a small community in the Yucatán Peninsula in southern Mexico, arbitrarily arrested José Adrián, a 14-year-old disabled boy, and accused him of throwing stones at their car.

The police officers didn’t tell José Adrián why he was being arrested and didn’t contact his family. Instead, they beat him, took off his shirt and handcuffed him. They then took him to a nearby police station where they hanged him by the handcuffs and beat him while he was suspended to force him to confess.

When José Adrián’s parents eventually found him, they were asked to pay around USD 138 for the damage to the car and USD 39 as a fine. Local authorities said if they didn’t pay, José Adrián would not be released, so they eventually scrapped the money together and paid the fine.

The family filed a complaint before the state human rights Commission and the state Prosecutor, but 18 months on they have not been informed of any developments in the investigation.

In June 2016, Mexico implemented a new Procedural Code across the country, which gave police more powers to conduct investigations. The Code was meant to expedite criminal investigations.

In practice, however, the law is not being properly implemented with many police officers not adequately trained and not respecting the basic premise of presumption of innocence – a fundamental human right.

In a shocking admission, one police officer told Amnesty International that he didn’t see why it was important to make detainees aware of their human rights. This echoes the attitude of a large number of law enforcement officials who brazenly and unapologetically violate the human rights of the people with whom they interact.

Members of the judiciary do not usually question the source of the evidence presented by the police, even though they know that in many cases police plant evidence to incriminate people, especially in crimes related to robberies, guns and drug trafficking.

Several members of the judiciary, the police and the Attorney Generals’ Office complained to Amnesty International about the lack of resources (including staff, vehicles, phones and forensic experts) to resolve crimes. Members of the judiciary admitted that they face pressure from their superiors, and even the executive, to rule in a certain way in high-level cases.

University student and human rights activist Enrique Guerrero Aviña has been languishing in a federal maximum-security prison in Jalisco state, since he was illegally arrested by plain clothes federal police in Mexico City in May 2013.

From the moment of his arrest, Enrique was beaten and humiliated. He was then taken to an unidentified location where he was tortured with beatings, asphyxia and threats to his family, while he was interrogated about his human rights work.

A day later, he was taken to the Attorney General’s Office where he was tortured again as police tried to force him to confess to a kidnapping – which he refused to do. He was later interrogated and accused of involvement in organized crime and kidnapping alongside another 12 other people who also said they were tortured to confess. Enrique still remains in pre-trial detention, four years after his arrest.

“This research shows that everybody is at risk of arbitrary detention in Mexico, these risks are massively increased if you are poor, wearing the wrong clothes or working to defend human rights. The system in Mexico seems to be designed to do whatever it takes to keep prisons full. This needs to change and change fast.”