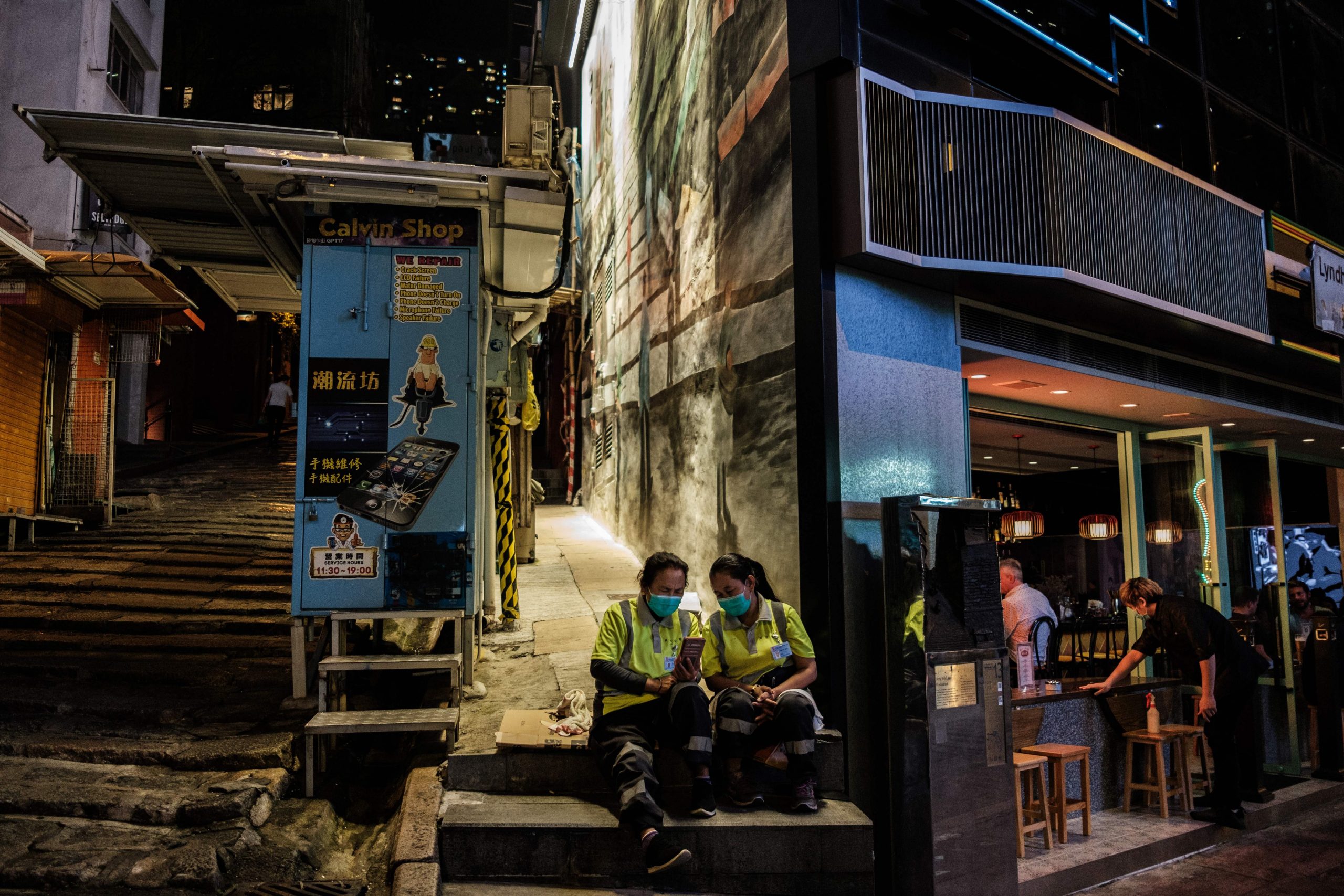 Message from Hong Kong: What SARS taught us about COVID-19

Coffee Ngai works at Amnesty International’s Hong Kong Regional Office. Here she reflects on the lessons of the 2003 SARS outbreak, and shares some tips on surviving social distancing.

In Hong Kong Park, in the heart of the city’s urban district, there are eight bronze statues sitting on square concrete bases. They are a tribute to the medical workers who died fighting the 2003 outbreak of Severe Acute Respiratory Syndrome (SARS). The SARS epidemic changed life in Hong Kong so much.
For many of us it was the first time we experienced quarantine measures like the ones now being enforced around the world. The outbreak of the novel coronavirus COVID-19 has brought back so many memories of the SARS epidemic. They are painful, but they also remind us that we have got through scary times before, and we can again.

Back then SARS was a mystery to everyone in Hong Kong. The government in mainland China, where SARS had first been spotted months before, remained silent and had not passed on its initial findings to the territory or even to the World Health Organization. The response from the Hong Kong authorities was very slow. At first they implemented basic health screening measures, like temperature screening at border control points, and people were banned from visiting patients in hospital. Other than that our lives continued pretty much as normal. Businesses were open, and home working wasn’t an option for most office staff in 2003.

But then there was news of a severe outbreak of the epidemic in a housing estate, with more than 300 residents infected. Nobody knew how it was spreading at first, and everyone in Hong Kong was panicking. I was scared because I had friends living in the estate, which was only 20 minutes’ walk from my apartment. After this outbreak severe quarantine measures were imposed – but for the 299 people who eventually died of SARS in Hong Kong – almost two fifths of the total global deaths – it was too late.

As with COVID-19, doctors accused the central Chinese government of suppressing vital information about SARS that could have saved lives. The WHO also criticized the under-reporting of SARS cases. We all have a right to access information about healthcare, the nature and level of a health threat, and how to protect ourselves. The way this was covered up made a lot of people in Hong Kong very angry and mistrustful of the Chinese and Hong Kong authorities.

Since then, many people here have got into the habit of wearing surgical masks if we get sick with colds or flu. We’ve become hyper-aware of how illnesses are transmitted, which is one reason why most people in Hong Kong were quick to follow social distancing measures that were announced when COVID-19 hit. This was especially difficult as it came amid ongoing protests – many people in Hong Kong had spent months protesting against the government. Tear gas, water cannons, sweeping arrests and even live bullets didn’t stop Hong Kongers hitting the streets to demand greater freedom and accountability for police abuses; it was heart-breaking to think that this virus could.

Though it’s difficult, the notion of social distancing as a measure to control viruses makes sense in Hong Kong after what we experienced with SARS, and most people were quick to accept it. I’ve now been working at home for about nine weeks. I know I’m lucky that I can still do my job. During this time I’ve developed coping mechanisms: trying to keep a regular schedule, setting rules with family members, interacting as much as possible with friends and colleagues online.

We recently started to see glimpses of normality again as the atmosphere of fear eased. People were going out, shopping, walking on the streets and feeling the sun, and the shops were mostly restocked. In the park around my area this morning, there were people jogging and exercising together. But the vast majority of people still wear masks, and the recent spike in cases is a reminder that this can change again at any moment.

It’s also heart-breaking to see so many countries going through the same painful experience we did. So many people have lost their lives and although for their loved ones life will never return to “normal”, I hope we can all learn lessons from this pandemic. That includes governments, who need to learn from past mistakes.

We need to take care of each other, and do everything we can to help and support the brave medical staff like those who lost their lives in 2003. We also need to stand up for our rights to healthcare and information, so that in future we are better prepared to protect people and save lives.