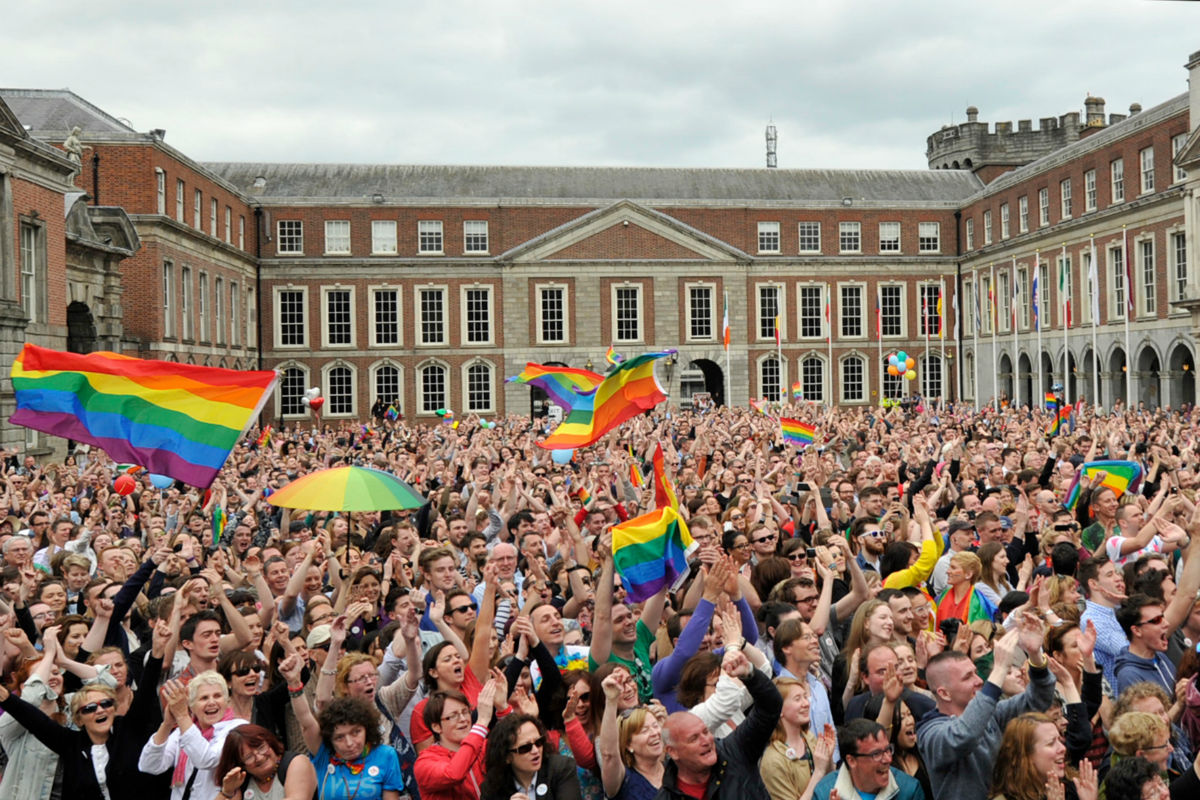 The Marriage Equality Bill today passed all stages in the Oireachtas and will now go to the President Michael D Higgins to be signed into law.

“This is another joyous moment for LGBTI people here in Ireland and for their families and friends. On 22 May, Ireland voted by a huge majority to extend full civil marriage equality to same-sex couples, becoming the first country in the world to do so by a popular ballot. Today we have seen that vote translated into law”, said Colm O’Gorman, Executive Director of Amnesty International Ireland.

“In just a few weeks, the marriages of same-sex couples will be fully recognised in Irish law. The lived reality of same-sex couples and their families will be afforded the same celebration, the same support, the same significance as those of the heterosexual counterparts. Ireland will take yet another step towards becoming a republic of equals. The fact that it has done so by the clearly expressed will of its people, makes it all the more powerful, and all the more sweet, a moment.”

“Amnesty International was proud to be part of the campaign to secure this historic change. Since 2007 we have as a global human rights movement called for states to end discrimination in civil marriage laws based upon sexual orientation or gender identity.”

“The passage of the Marriage Bill by the Oireachtas is a hugely significant step towards equality for same-sex couples in the Republic of Ireland. However, it also underlines the extent to which Belfast has been left behind by London, Dublin, Edinburgh and Cardiff. Within days Northern Ireland will be the only part of the UK or Ireland where the government bans same-sex couples from getting married and refuses to recognise same-sex marriages conducted elsewhere on these islands,” said Patrick Corrigan, Northern Ireland Programme Director of Amnesty International.

“Same-sex couples who have been married in England, Scotland or Wales will now have their marriages recognised under Irish law. Yet when those same couples come to Northern Ireland – another part of the UK – they will suddenly find that their marriages are not recognised as such. That underlines the utter absurdity of the current ban on same-sex marriage in Northern Ireland.