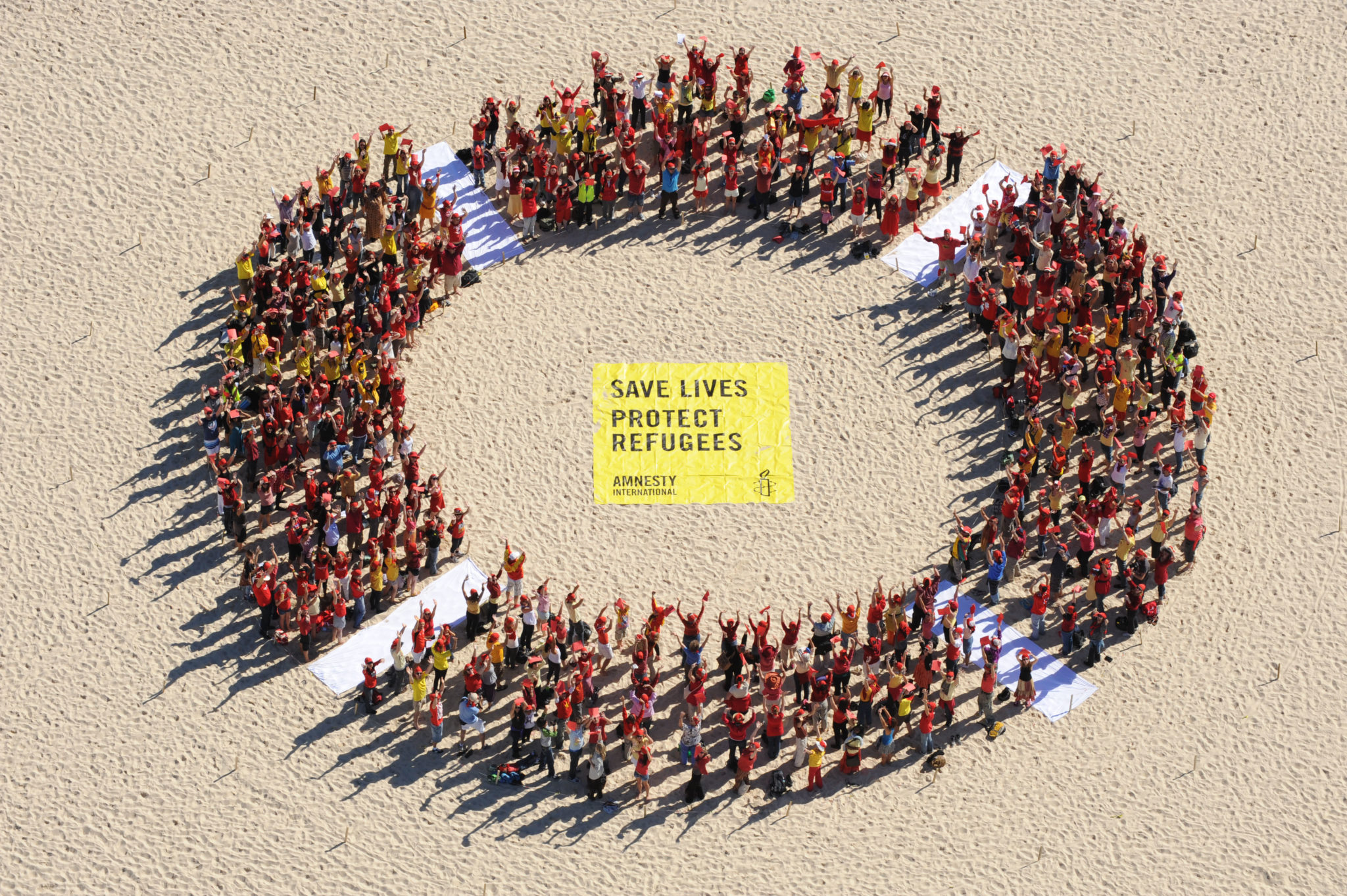 Manus Island: Authorities must not use abuse to force refugees into transit facilities

The Australian and Papua New Guinean authorities must ensure that a tense standoff with refugees on Manus Island does not descend into violence by security forces as the authorities try to move hundreds of people from the refugee detention centre to so-called transit facilities on Manus Island, Amnesty International said.

Tensions have grown on Manus Island in recent weeks, as the hundreds of refugees and asylum-seekers living in the current refugee detention centre have said that they will resist any move because they fear for their safety if moved to new locations on the island.

“The looming move to so-called transit facilities on Manus Island cannot become an excuse to use violence against refugees and asylum seekers. The authorities have a duty to ensure that the PNG security forces, who already have a chequered history of abuse, refrain from using excessive force,” said Audrey Gaughran, Amnesty International’s Director of Global Issues.

The detention centre on Manus Island, where refugees and asylum seekers have suffered for four years as part of Australia’s cruel and illegal ‘offshore processing’ policies, will close on 31 October.

Australian government officials have said that water and electricity at the centre will be turned off after 31 October, and have refused to rule out forcibly transferring those who do not voluntarily leave the premises.

The closure of the detention centre does not mean the end of the ordeal for the refugees as they are being moved to other centres.

More than 600 people are due to be moved to transit facilities over the next few days, including to the East Lorengau Transit Accommodation Centre.

There are serious concerns that the various transit facilities are far too small to house the numbers of refugees, or are not yet completed.

The Lorengau Centre is also close to local communities which could make attacks on the refugees more likely. There have been several attacks by members of the local community – some wielding machetes – against refugees and asylum seekers on Manus Island in recent months, which have left individuals badly injured. Neither the PNG nor the Australian authorities have acted to adequately protect the refugees from such violence.

“The closure of the current centre is not a solution if people are simply being moved from one abusive location to another. Reports that the new facilities are unfinished and leave refugees at risk of violence are extremely concerning. Authorities must ensure that the safety and well-being of refugees is given priority,” said Audrey Gaughran.

“The fact that the refugees – who the Australian government has trapped in a system amounting to torture for years – are resisting being moved because they fear for their safety in other locations on the island speaks volumes about the risks they feel they face.”

The closure of the detention centre was announced in 2016 following a ruling by the PNG Supreme Court that the Australian government’s detention of refugees and asylum seekers there is illegal and unconstitutional.

Amnesty International has documented a catalogue of serious human rights violations on Manus Island, including how people are kept in overcrowded compounds in stifling heat without access to adequate medical care, and has called for the centre’s closure, and for the refugees and asylum-seekers to be brought to safety.

“Shuttling refugees from one centre to another is simply papering over the cracks in an abusive system. It does nothing to address the central problem, and indeed may make it even worse. Authorities in Australia should do the only humane thing and immediately bring the refugees and asylum seekers on Manus Island to safety in Australia,” said Audrey Gaughran.

“The Australian government must accept its responsibility to protect the human rights of all those who have come under its jurisdiction as people seeking refuge, and put an end to the use of offshore processing centres. The same violations will continue as long as the same cruel and inhuman refugee policies remain in place.”