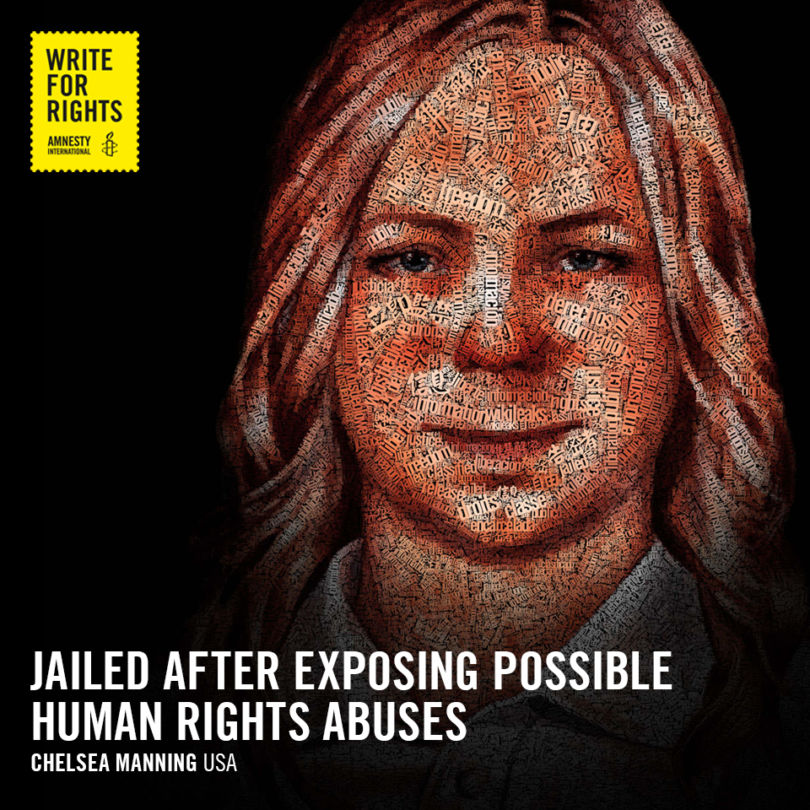 Manning Faces Charges for Attempting to Take Her Life

The news was hard to take when I first learned of it on 7 July – Chelsea Manning, who publicly stood up and took responsibility for releasing materials she felt would demonstrate the atrocities of war to the world, had attempted to take her own life nearly two days prior. Having witnessed how she sat in Court each day during her military trial, back stiff as a board, in front of media, M.P.s and observers as expert witnesses spoke about her struggles and her desire to present as a woman; knowing that she continued to struggle against the military as it refused to recognize her as such – my mind swirled back and forth between concern and sorrow as I realized that she finally reached a breaking point.

Since coming out to the world in the days following her sentencing, Manning has fought to be treated as she identifies – as a woman. She has continuously petitioned the military that serves as her employer and now as her jailer to be provided access to hormone therapy along with recognition as and the ability to present as a female in prison. Two things which the military continually refuses to provide her. However, I don’t believe any of us truly understood what she was struggling against until 29 July when it was announced that Chelsea Manning was facing administrative charges related to her suicide attempt. According to the ACLU, which represents Chelsea Manning in her challenges to her detention conditions and treatment in prison, these new charges include, “resisting the force cell move team;” “prohibited property;” and “conduct which threatens.” If convicted, she could face punishment including indefinite solitary confinement, reclassification into maximum security, and an additional nine years in medium custody. Similar to the admin charges she received in 2015, this new round of charges may negate any chances she ostensibly has of ever receiving early release through parole, as her disciplinary record would be subject to review for any petition for parole. Since the military has failed to provide her with the means to adequately address her transition, Manning has struggled with the impact and likely reached the lowest point she could before she attempted to take her own life. Now, they have basically set out to punish her for her suffering and potentially expose her to conditions – solitary confinement and an extension of her sentence – which could only work to break her down again instead of providing her the support she needs.

Many Amnesty International members from around the world reached out to Chelsea Manning by sending her letters of support and solidarity, and, as she has stated many times, for this she is always grateful. Please do continue to write to her. The Chelsea Manning Support Network provides details on how to send letters to Chelsea Manning in prison and Fight for the Future.org has initiated petition action to the Secretary of the Army to drop these most recent charges that have been filed against her. Amnesty International recently supported her appeal of her sentence by submitting an amicus brief on solitary confinement, with the help of attorneys from Keker & Van Nest, LLP, to the U.S. Military Court of Appeals and will continue to work with her attorneys and urge authorities to commute her sentence.