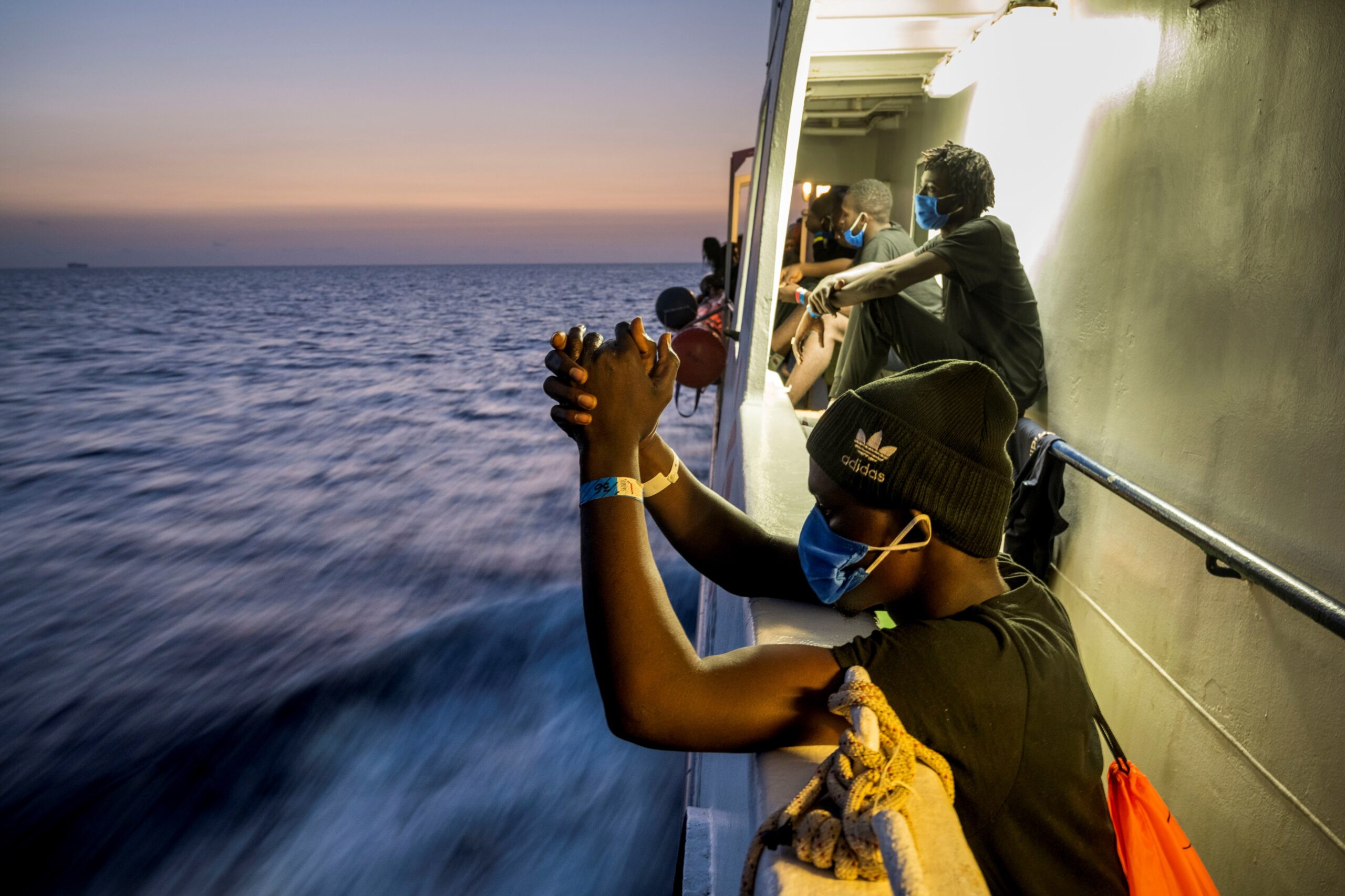 The Maltese government has resorted to dangerous and illegal measures for dealing with the arrivals of refugees and migrants at sea, which are exposing countless people to appalling suffering and risking their lives, Amnesty International revealed today in a report “Waves of impunity: Malta’s human rights violations Europe’s responsibilities in the Central Mediterranean”. As Amnesty is launching this new report, despair is growing aboard the Maersk Etienne, which has been denied a port to disembark for over a month, after rescuing 27 people on a request from Maltese authorities.

The Maltese government’s change in approach to arrivals in the central Mediterranean in 2020 has seen them take unlawful, and sometimes unprecedented, measures to avoid assisting refugees and migrants. This escalation of tactics included arranging unlawful pushbacks to Libya, diverting boats towards Italy rather than rescuing people in distress, illegally detaining hundreds of people on ill-equipped ferries off Malta’s waters, and signing a new agreement with Libya to prevent people from reaching Malta.

“Malta is stooping to ever more despicable and illegal tactics to shirk their responsibilities to people in need. Shamefully, the EU and Italy have normalized cooperation with Libya on border control, but sending people back to danger in Libya is anything but normal,” said Elisa De Pieri, Regional Researcher at Amnesty International.

“EU member states must stop assisting in the return of people to a country where they face unspeakable horrors.”

Some of the actions taken by the Maltese authorities may have involved criminal acts being committed, resulting in avoidable deaths, prolonged arbitrary detention, and illegal returns to war-torn Libya. The authorities also used the COVID-19 pandemic as a pretext to declare that Malta was not a safe place to disembark – to discourage people from seeking safety and a decent life in Europe.

The abusive practices by Malta are part and parcel of wider efforts by EU member states and institutions to outsource the control of the central Mediterranean to Libya, in order that EU-supported Libyan authorities might intercept refugees and migrants at sea before they reach Europe.

People are then returned to Libya and arbitrarily detained in places where torture and other ill-treatment is highly likely. From the beginning of January to 27 August 2020 7,256 people were ‘pulled back’ to Libya by the EU-supported Libyan Coast Guard, which was often alerted of the presence of boats at sea by airplanes engaged in Frontex and other EU operations.

The case of the “Easter Monday pushback” illustrates the desperate lengths to which the Maltese authorities are willing to go to prevent people arriving on their shores.

On 15 April 2020, a group of 51 people, including seven women and three children, were unlawfully returned to Tripoli after being rescued in Malta’s search and rescue region by the commercial fishing boat Dar Al Salam 1.

The boat, which had been contracted by the Maltese government, took those onboard back to Libya and handed them over to the Libyan authorities, exposing refugees and migrants – who had just survived a deadly shipwreck – to further risks to their life.

Lack of accountability in Malta

While a magisterial inquiry into the case was conducted, it left many questions unanswered. It is still unknown how the 12 people died and how 51 were returned to Libya despite it being illegal to transfer people there. The magistrate conducting the inquiry did not hear the testimonies of the 51 people transferred to Libya, nor probe the chain of responsibility to contract the Dar El Salam 1 and instruct it to transfer people to Libya.

The NGO Alarm Phone has evidence that other pushbacks by Maltese authorities may also have occurred in 2019 and 2020, which have not been investigated.

EU and Italian cooperation with Libya

Italy in particular has worked closely with Libya, having provided support to Libyan maritime authorities by providing vessels, training and assistance in the establishment of a Libyan SAR region to facilitate pullbacks by the Libyan coastguard.

Despite intensifying conflict and the arrival of COVID-19 threatening the humanitarian situation of refugees and migrants in Libya, Italy has continued to implement policies to keep people in Libya. These include extending its Memorandum of Understanding on Migration with Libya aimed at boosting Libyan authorities’ resources to prevent departures, for another three years, extending its military operations in the region focusing on supporting Libya’s maritime authorities, and maintaining legislation and practices aimed at the criminalization of NGOs rescuing people in the central Mediterranean.

The central Mediterranean is the latest border on which Amnesty International is highlighting abuses by EU member states authorities. In 2020, Amnesty International has also documented abuses on the borders between Croatia and Bosnia, and Greece and Turkey. The EU urgently needs an independent and effective human rights monitoring system at its external borders to ensure accountability for violations and abuses.

“The European Commission must turn the page when they launch the New Pact on Migration and Asylum after the summer and ensure European border control and European migration policies uphold the rights of refugees and migrants,” said Elisa De Pieri.

“The horrors faced by people returned to Libya must caution European leaders against cooperating with countries which don’t respect human rights. By continuing to empower abusers and to hide their heads in the sand when violations are committed, those EU leaders share responsibility for them.”