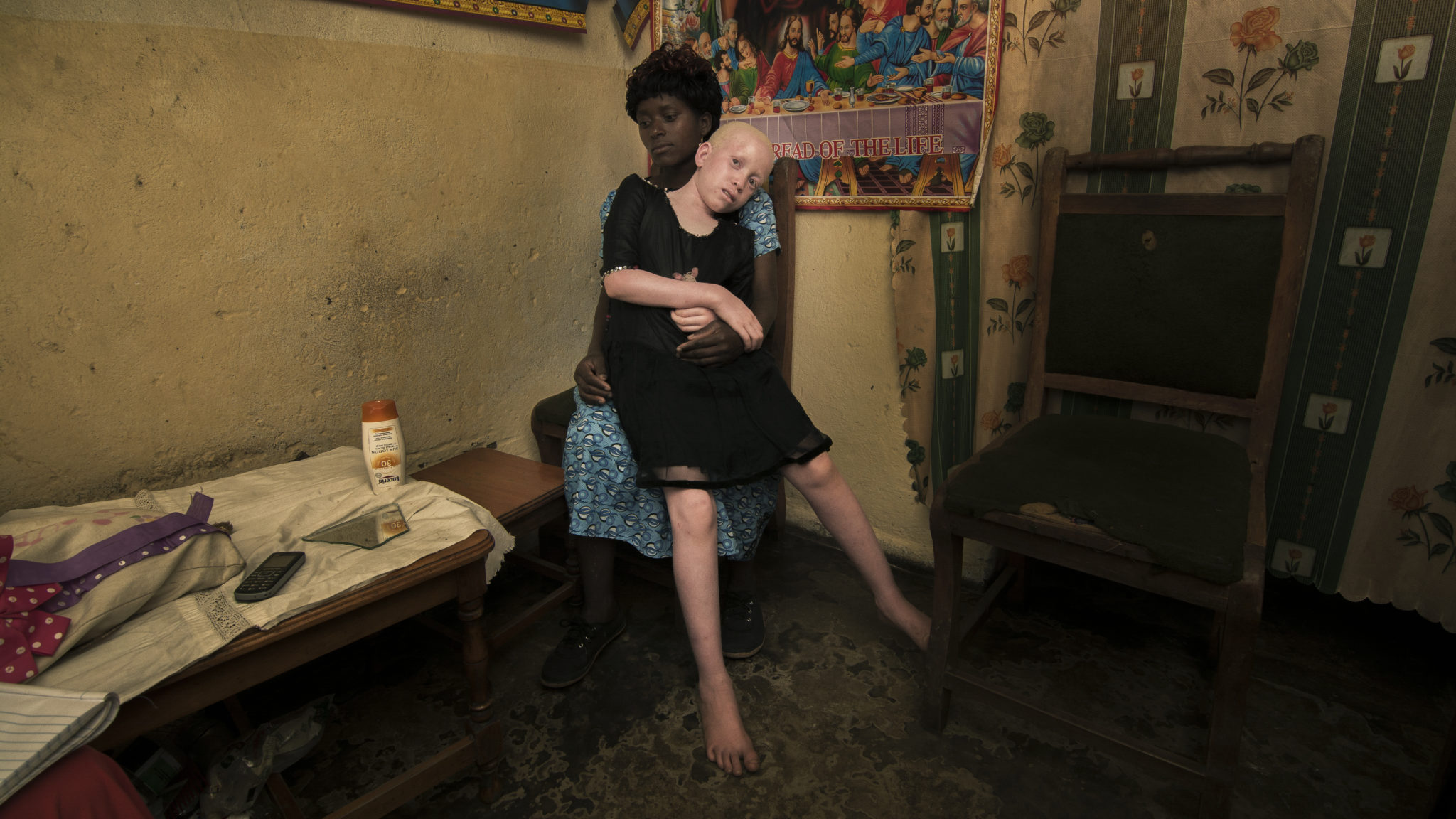 Malawi: Impunity fuels killings of people with albinism for their body parts

The Malawian authorities must urgently overhaul the criminal justice system to protect people with albinism, who face the persistent threat of being killed for their body parts in a country where the vast majority of these horrific crimes remain unresolved and unpunished, Amnesty International said today.

Since November 2014, the number of reported crimes against people with albinism in Malawi has risen to 148 cases, including 14 murders and seven attempted murders, according to police figures. However, Amnesty International has established that at least 21 people with albinism have been killed since 2014.

“People with albinism deserve to see justice for these vile, hateful crimes against them. That it takes so long for cases to be investigated or heard in court is a sobering indictment of the systematic failures in Malawi’s criminal justice system,” said Colm O’Gorman, Executive Director of Amnesty International Ireland.

“The authorities must end impunity for these crimes immediately. As a first step, they must ensure all pending cases are dealt with without undue delay, and in line with international standards of fairness.”

The rate at which their cases are concluded is slow compared to other criminal investigations. Only 30 percent of the 148 reported cases involving attacks upon people with albinism have been concluded, according to the latest statistics from the Malawi Police Service and the Ministry of Justice and Constitutional Affairs. To date only one murder and one attempted murder cases have been successfully prosecuted.

Even the police have raised concerns with Amnesty International about delays in concluding trials due to the limited number of senior magistrates qualified to deal with cases relating to attacks upon people with albinism.

In its 2016 report, Amnesty International found that attacks against people with albinism are fueled by stereotypical beliefs that their body parts bring wealth and good luck.

Among the latest victims is Mark Masambuka, a 22-year-old man from Nakawa village, in Machinga district, southern Malawi, who disappeared on 9 March. He left his home to buy a mat in a company of a friend. His body was found buried in a shallow grave on 1 April.

On 7 December 2017, a two-year-old girl, Jean Ngwedula, went missing. Her father reportedly sold the child to a traditional doctor for ritual purposes in neighbouring Mozambique, which has been identified along with Democratic Republic of Congo, South Africa, Swaziland and Tanzania as markets for the cross-border trade in body parts.

Jean’s father was later arrested on charges of murder and investigations were continuing at the time of the publication of this briefing.

The biggest challenges facing the judiciary, prosecutors and police in Malawi include a lack of financial resources and qualified personnel to handle crimes against people with albinism, which has resulted in a backlog of cases. Although serious cases are dealt with in magistrates’ courts, most prosecutors are police officers with no legal training.

According to a senior magistrate interviewed by Amnesty International, most police prosecutors struggle to make sound legal submissions, resulting in either acquittals or convictions on lesser charges.

Ending the cycle of killings

Amnesty International has noted as a positive step forward government’s recommitment to protect the rights of people with albinism during a commemoration of International Albinism Awareness Day on 13 June 2018 in Kasungu.

However, the organisation believes that a human rights strategy, including through human rights education and awareness raising, is needed to address the root causes of crimes against people with albinism and to stop further attacks.

The strategy should also include tracing and identifying the source of demand for body parts, as well as enlisting the cooperation of Malawi’s neighbouring countries to stamp out the cross-border trafficking of people with albinism and their body parts.

“The Malawian authorities must ensure that people with albinism no longer live in fear of organized criminal gangs who prey on their body parts. The government must overhaul the judicial system to guarantee the security and safety of people with albinism, who are some of society’s most vulnerable,” said Colm O’Gorman.

Since November 2014, an unprecedented wave of killings and other human rights abuses including abductions and robberies against people with albinism has swept through Malawi. Similar attacks have occurred in neighbouring countries such as Mozambique, Tanzania and South Africa.

People with albinism are targeted for their body parts in the belief that they contain magical powers. The current population of people with albinism in Malawi is estimated at between 7,000 and 10,000, representing a ratio of 1 in every 1,800 persons.