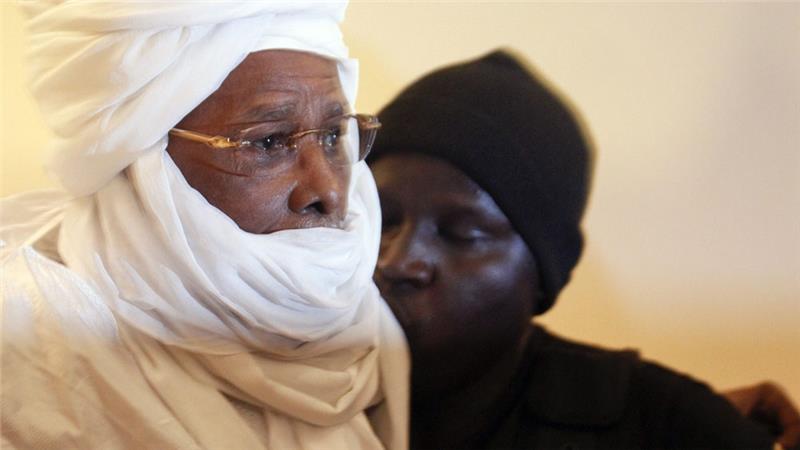 The long road to justice for Chad’s Hissene Habre

It is moments like these that we can draw on in darker times.

“From the depths of my cell, from the depths of that madness, I swore to fight for justice if I ever got out alive,” former detainee Souleymane Guengueng told the special criminal court last year.

Today he and thousands of other victims are celebrating after the life sentence handed down by the Extraordinary African Chambers (CAE) in Dakar against the former Chadian President, Hissene Habre for crimes against humanity, war crimes and torture.

Guengueng, imprisoned for two-and-a-half years in the late 1980s, was one of the lucky ones. An estimated 40,000 people are thought to have perished at the hands of Chad’s security forces between 1982 and 1990.

“I saw my friends and fellow inmates die from hunger, die from despair, die from torture and die from sickness,” Guengueng recalled in his testimony.

I saw my friends and fellow inmates die from hunger, die from despair, die from torture and die from sickness

Yet, from that furnace of horror something remarkable has been forged.

For more than two decades, despite threats, intimidation and major political setbacks, victims together with civil society groups worked tirelessly to make this day possible.

A coalition of human rights organisations and victims groups in Chad has spent decades gathering testimony from victims and their families to build the case against Habre.

National and regional campaigns were set up, supported by international organisations such as Amnesty International, that helped document human rights violations committed in Chad since the 1980s.

Attempts to prosecute or extradite the former president to Belgium were repeatedly thwarted, as were efforts to force Senegal to prosecute him. But victims groups and campaigners battled on and in 2012, the African Union supported Senegal in finally clearing the path to justice.

A new law was passed in December 2012 allowing for the creation of the CAE in Dakar. Habre, then aged 70, was arrested six months later and on July 20, 2015, he appeared for the first time in the court room.

Over the following months the charges contained in the 187-page indictment against Habre were tested in court. These included crimes against humanity, torture and war crimes.

Harrowing experiences were re-lived by 69 former victims. They described shocking violations suffered at the hands of Chad’s security forces.

Much has been made of this landmark case from an international justice perspective. This is, after all, the first universal jurisdiction case on the continent, and the first time a former African leader has been prosecuted for crimes under international law before a court in another African country. This case gives new impetus for the African Union or individual African states to address entrenched impunity in other countries on the continent.

No escape from justice

But, for me the significance of this case goes further and is much more personal. It demonstrates that victims of human rights abuses – no matter how hopeless their situation – can still have a voice and the ability to achieve justice.

It demonstrates that the work of campaigners and human rights defenders – no matter how long and challenging – really matters. And it demonstrates that heads of state, military commanders and others who are suspected of committing human rights violations around the globe can no longer expect to evade the net of international justice for ever.

Safe havens are no longer safe for those suspected of committing war crimes, crimes against humanity or other crimes under international law.

After the fall of Habre’s administration, more than 50,000 letters and postcards from Amnesty International members calling for the release of detainees were found at the main security headquarters in the Chadian capital N’Djamena.

A quarter of a century on, many of those named in those letters will not be here to see the verdict. They and thousands of others died in 1980s.

For the survivors, however, and for all who believe in human rights and rule of law, today’s verdict is deeply significant.

It is moments like these that we can draw on in darker times. They are the things that nourish us with hope and give us strength to stand up for what is right.

Today’s verdict will give renewed energy in the fight against impunity for crimes committed during Habre’s administration which will continue until all those responsible for crimes under international law are brought to justice.

Salil Shetty is the secretary-general of Amnesty International. A long-term activist on poverty and justice, he leads the movement’s worldwide work to end the abuse of human rights. Prior to joining Amnesty International, he was the director of the United Nations Millennium Campaign.

This piece was originally published on July 20, 2015 on Aljazeera.com