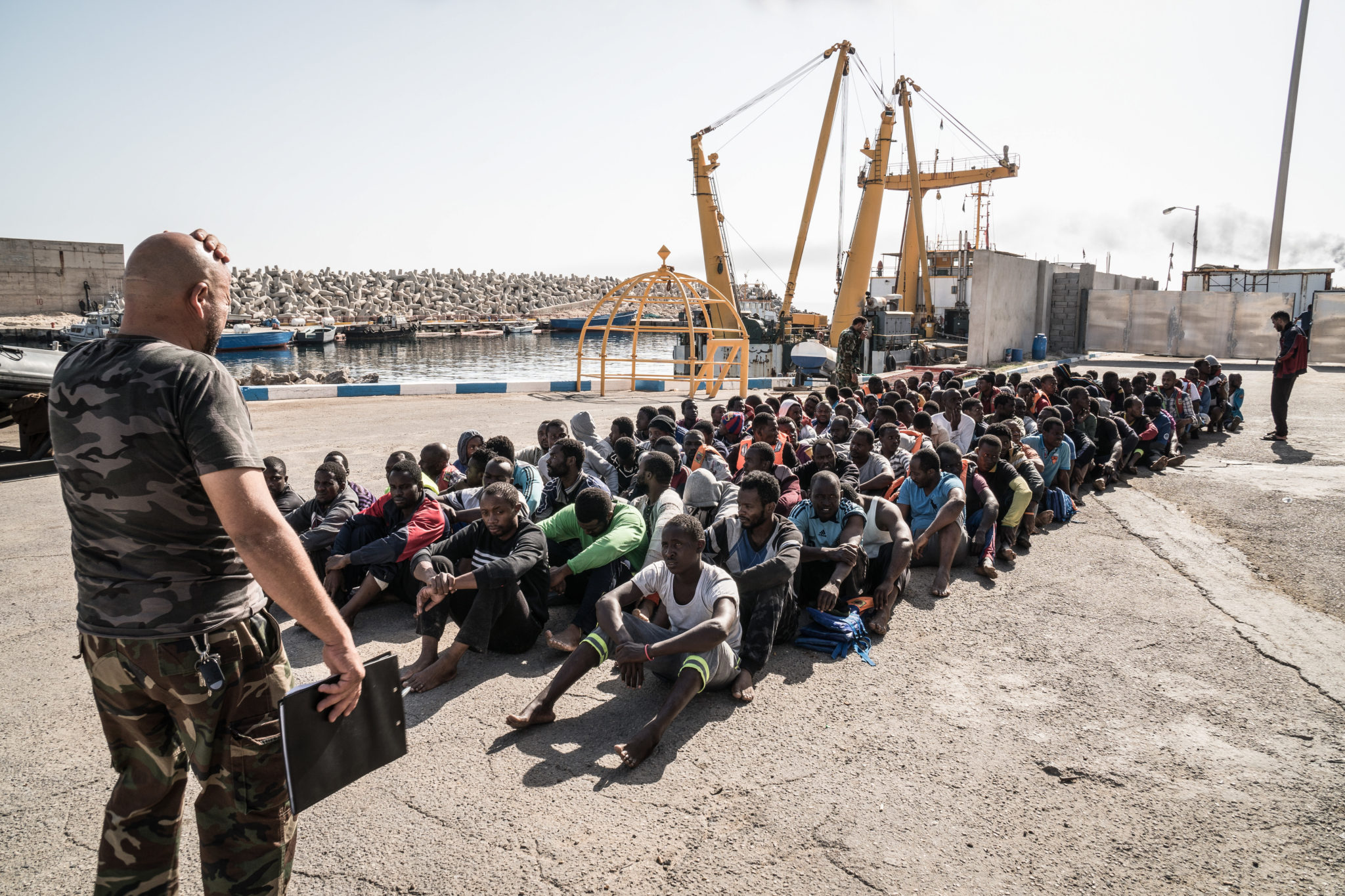 A surge in migrants and refugees intercepted at sea by the Libyan authorities has seen at least 2,600 people transferred, in the past two months alone, to squalid detention centres where they face torture and extortion, Amnesty International said today.

The global human rights organisation accuses European governments of complicity in these abuses by actively supporting the Libyan authorities in stopping sea crossings and sending people back to detention centres in Libya.

“The EU is turning a blind eye to the suffering caused by its callous immigration policies that outsource border control to Libya,” said Colm O’Gorman, Executive Director of Amnesty International Ireland.

“When European leaders spare no effort to ensure the Libyan Coast Guard intercepts as many people as possible, they are sending those migrants and refugee’s straight back to Libya’s detention centres which are notorious for abuse and torture. No one should be sending anyone back to Libya.”

“The EU must stop using the Libyan Coast Guard to contain people in Libya, and instead work to close detention centres, resettle refugees in Europe, and enable UNHCR to assist all refugees across Libya,” Colm O’Gorman said.

Since late 2016, EU Member States – particularly Italy – have implemented a series of measures to close off the migratory route through Libya and across the Mediterranean, including boosting the capacity of the Libyan Coast Guard to intercept migrants and refugees and return them back to Libya.

Italy and other European countries have provided the Libyan Coast Guard with equipment, including at least four speedboats, as well as with training and other forms of support. In early 2018, the Italian Coast Guard started handing over the coordination of rescue operations in international waters near Libya to the Libyan Coast Guard – a move only made possible by support provided by Italian Navy ships and personnel stationed in Libya.

In April 2018 alone, the Libyan Coast Guard intercepted 1,485 women, men and children at sea and brought them back to Libya, bringing the total number of those intercepted to almost 5,000 individuals in the first four months of this year, according to the IOM

Once intercepted, refugees and migrants are transferred to detention centres run by Libya’s Department for Combatting Illegal Migration (DCIM). The centres have become infamous for holding migrants and refugees in arbitrary and indefinite detention, and subjecting them to serious human rights violations, as revealed by Amnesty International in a report in December 2017.

Interviewed by Amnesty International researchers, migrants and refugees described horrific abuse including torture, forced labour, extortion and unlawful killings at the hands of the Libyan authorities, smugglers and armed groups.

In early May 2018, Medecins Sans Frontieres issued a press release sounding the alarm about the humanitarian situation for 800 people held in a dangerously overcrowded detention centre in the city of Zuwara, western Libya. The medical NGO said the detainees lacked access to food or water and were confined to spaces so small people could barely lie down.

“The EU and its member states must reset their cooperation with Libya and condition any support to Libya, financial or otherwise, on the full cooperation of the Libyan authorities to respect the rights of refugees and migrants in the country. This must start with the release of those currently held in detention centres and the end to the automatic detention of refugees and migrants,” Colm O’Gorman said.

In addition, all released migrants and refugees must be provided with protection and assistance while they remain on Libyan soil, Amnesty International said.

The Libyan authorities should also negotiate a Memorandum of Understanding with UNHCR to recognize its status in Libya and enable it to carry out its full mandate.

EU Member States must also commit themselves to an increased resettlement quota to guarantee the protection of refugees who otherwise are left abandoned in Libya.

The new data on the number of migrants and refugees in detention in Libya indicates a worrying change in the trend that showed a previously sharp drop in numbers of people in detention, following the IOM-led humanitarian evacuations and returns that took place since October 2017.

This year alone, IOM has evacuated 5,620 people from Libya as part of its “voluntary” returns programme, which offers people in migrant detention centres the possibility of returning to their home country. While this programme offers a lifeline to many, it may push people in need of international protection to return to their home country where they may face serious human rights violations.