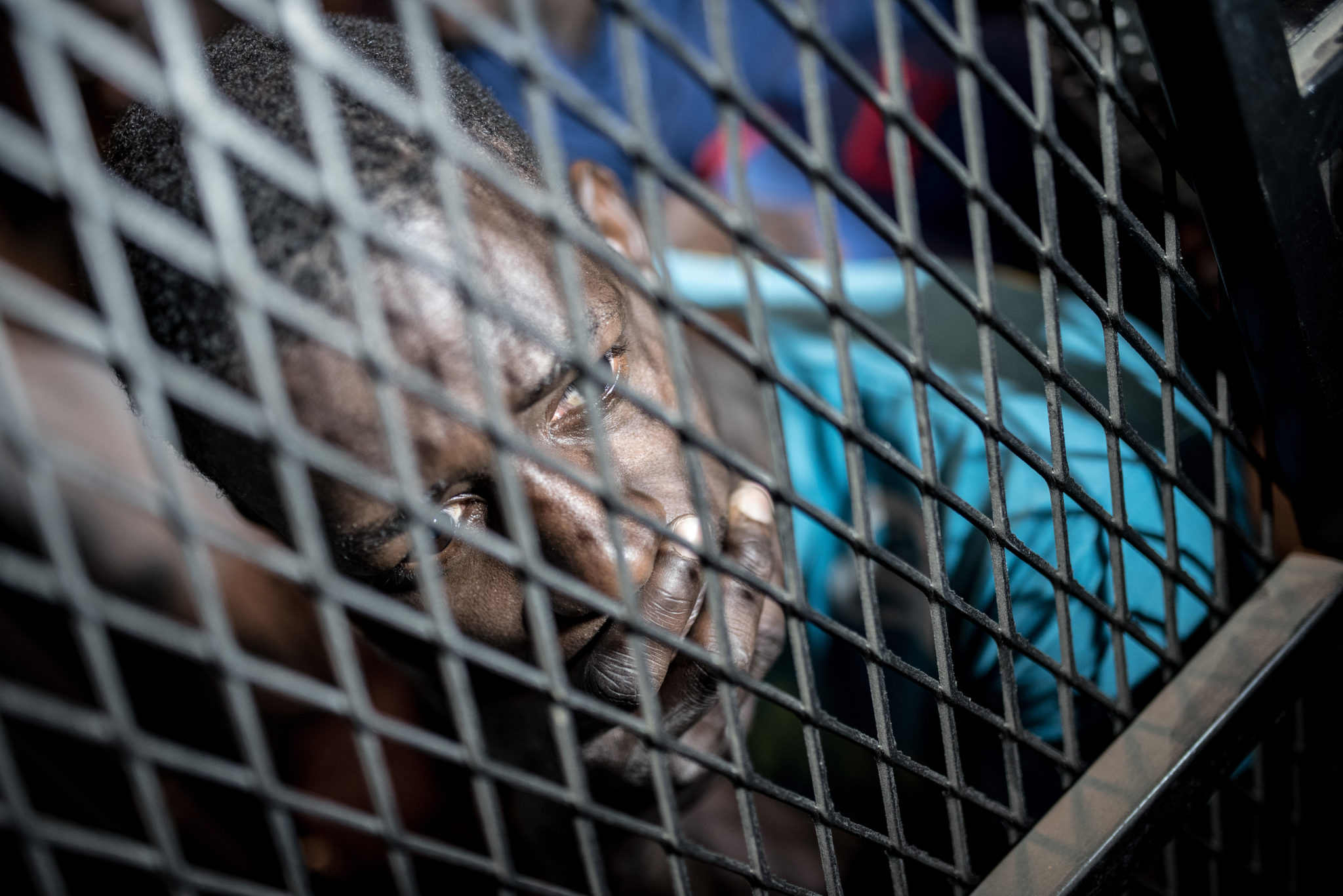 European governments are knowingly complicit in the torture and abuse of tens of thousands of refugees and migrants detained by Libyan immigration authorities in appalling conditions in Libya, said Amnesty International in a report published today, in the wake of global outrage over the sale of migrants in Libya. ‘Libya’s dark web of collusion’ details how European governments are actively supporting a sophisticated system of abuse and exploitation of refugees and migrants by the Libyan Coast Guard, detention authorities and smugglers in order to prevent people from crossing the Mediterranean.

“Hundreds of thousands of refugees and migrants trapped in Libya are at the mercy of Libyan authorities, militias, armed groups and smugglers often working seamlessly together for financial gain. Tens of thousands are kept indefinitely in overcrowded detention centres where they are subjected to systematic abuse. European governments have not just been fully aware of these abuses; by actively supporting the Libyan authorities in stopping sea crossings and containing people in Libya, they are complicit in these crimes,” said Colm O’Gorman, Executive Director of Amnesty International Ireland.

Since late 2016, EU Member States – particularly Italy – have implemented a series of measures aimed at closing off the migratory route through Libya and across the central Mediterranean, with little care for the consequences for those trapped within Libya’s lawless borders. Their cooperation with Libyan actors has taken a three-pronged approach.

Firstly, they have committed to providing technical support and assistance to the Libyan Department for Combatting Illegal Migration (DCIM), which runs the detention centres where refugees and migrants are arbitrarily and indefinitely held and routinely exposed to serious human rights violations including torture. Secondly, they have enabled the Libyan Coast Guard to intercept people at sea, by providing them with training, equipment, including boats, and technical and other assistance. Thirdly, they have struck deals with Libyan local authorities and the leaders of tribes and armed groups – to encourage them to stop the smuggling of people and to increase border controls in the south of the country.

The criminalisation of irregular entry under Libyan law, coupled with the absence of any legislation or practical infrastructure for the protection of asylum seekers and victims of trafficking, has resulted in mass, arbitrary and indefinite detention becoming the primary migration management system in the country.

Refugees and migrants intercepted by the Libyan Coast Guard are sent to DCIM detention centres where they endure horrific treatment. Up to 20,000 people currently remain contained in these overcrowded, unsanitary detention centres. Migrants and refugees interviewed by Amnesty International described abuse they had been subjected to or they had witnessed, including arbitrary detention, torture, forced labour, extortion, and unlawful killings, at the hands of the authorities, traffickers, armed groups and militias alike.

Dozens of migrants and refugees interviewed described the soul-destroying cycle of exploitation to which collusion between guards, smugglers and the Libyan Coast Guard consigns them. Guards at the detention centres torture them to extort money. If they are able to pay they are released. They can also be passed onto smugglers who can secure their departure from Libya in cooperation with the Libyan Coast Guard. Agreements between the Libyan Coast Guard and smugglers are signalled by markings on boats that allow the boats to pass through Libyan waters without interception, and the Coast Guard has also been known to escort boats out to international waters.

One man from the Gambia who was detained for three months told Amnesty International how he was starved and beaten in a detention centre: “They beat me with a rubber hose, because they want money to release me. They call the family while beating [you] so the family send money.” After his family paid the ransom he was taken to Tripoli by an assigned driver who demanded further payment. “I had to stay with him until I pay the money back, otherwise he will sell me.”

“One immediate way to improve the fate of refugees and asylum seekers in DCIM centres would be for the Libyan authorities to formally recognise UNHCR’s mandate, sign the Refugee Convention and adopt an asylum law. The automatic detention of migrants must also stop as that is when the worst abuses occur,” said Colm O’Gorman.

Libyan Coast Guard officials are known to operate in collusion with smuggling networks and have used threats and violence against refugees and migrants on board boats in distress.

Footage, pictures and documents reviewed by Amnesty International indicate that a boat donated by Italy in April 2017, the Ras Jadir, was used by the Libyan Coast Guard during a horrific incident on 6 November 2017, where their reckless actions contributed to the drowning of up to 50 people. Ignoring basic security protocols, the Ras Jadir approached a sinking inflatable vessel about 30 nautical miles off the coast of Libya. When it failed to deploy its rigid-hulled inflatable boat (RHIB) to help facilitate the rescue, migrants were forced to climb the high sides of the ship and many fell into the water.

A nearby NGO vessel, Sea-Watch 3, deployed its own RHIBs to try and save people but footage shows those aboard the Ras Jadir throwing objects at these RHIBs to force them away. It also shows migrants aboard the Ras Jadir being whipped with a rope and others trying to jump into the water to try and reach the RHIBs. Whilst reckless and dangerous actions by the Libyan Coast Guard have been documented before, this appears to be the first time a boat provided by a European government has been proven to have been used in such an incident.

“By supporting Libyan authorities in trapping people in Libya, without requiring the Libyan authorities to tackle the endemic abuse of refugees and migrants or to even recognise that refugees exist, European governments have shown where their true priorities lie: namely the closure of the central Mediterranean route, with scant regard to the suffering caused. European governments must rethink their cooperation with Libya on migration and enable people to get to Europe through legal pathways, including by resettling tens of thousands of refugees. They must insist that the Libyan authorities end the policy and practice of arbitrary arrests and detention of refugees and migrants, immediately release all foreign nationals held in the detention centres, and allow the UNHCR to operate unhindered,” said Colm O’Gorman.

The Ras Jadir was donated by Italy to the Libyan authorities in two ceremonies: the first in the port of Gaeta (Italy) on 21 April 2017, and the second in the port of Abu Sittah (Libya) on 15 May 2017. The boat is clearly portrayed in videos of the ceremonies, in the presence of the Italian Minister of Interior Marco Minniti.

At the end of September 2017, IOM had identified 416,556 migrants in Libya, of which more than 60% are from sub-Saharan Africa, 32% from other North African countries, and around 7% from Asia and the Middle East. UNHCR figures show that 44,306 people in Libya were registered as refugees or asylum-seekers as of 1 December 2017. The actual number is undoubtedly much higher.

Take action now to help stop the selling and detention of refugees and migrants in Libya.