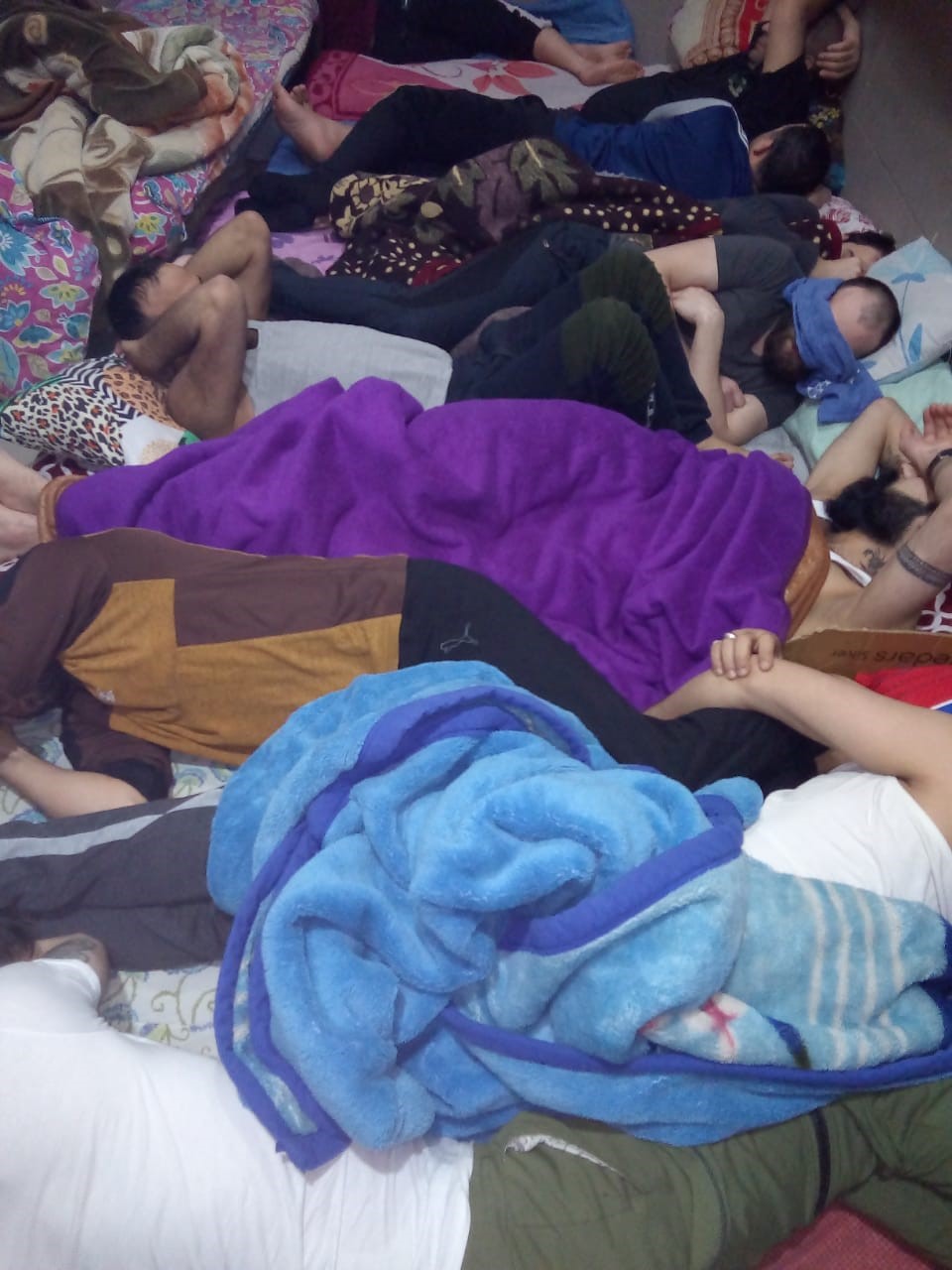 The Lebanese authorities must prioritise releasing prisoners who have served their sentences, and expedite its review of pre-trial detainees, as part of the measures to contain and prevent the spread of COVID-19, Amnesty International said.

While the government has taken a number of measures – included some releases – thousands of individuals remain in detention awaiting trial or, in some cases, having already finished serving their sentences.

In recent weeks, there have been riots inside prisons and families’ sit-in protests outside prisons and police stations, calling for the immediate release of prisoners in the midst of growing concerns related to the pandemic.

“Lebanon’s prisons are full of people who simply should not be there, including hundreds of individuals who remain behind bars because the judiciary isn’t processing their case in a timely manner or because they are unable to pay their fines or secure release warrants,” said Lynn Maalouf, Amnesty International’s Middle East Research Director.

“The authorities’ COVID-19 response is an opportunity to address this lingering injustice and must no longer be delayed. For those who remain in detention or prison, the Lebanese government must provide a standard of health that meets each person’s individual needs and ensures the maximum possible protection against the spread of COVID-19.”

Amnesty International is calling on the Lebanese authorities to release those prisoners who have finished serving their sentences, and those who are serving sentences or detained on charges that are not internationally recognised crimes.

The organisation is also urging the Lebanese authorities to seriously consider releasing or adopting non-custodial measures for all those who are imprisoned pending trial, as well as those who are at particular risk because of their age or underlying health conditions regardless of the charge they have been imprisoned or convicted under.

On April 6, the Ministry of Interior announced the release of more than 600 prisoners who had been in pre-trial detention, as part of the government’s measures to contain the spread of COVID-19. According to the Lebanese non-governmental organisation the Legal Agenda, the occupancy rate across prisons was at 130% in 2018, mainly due to the lengthy periods of pre-trial detention. Detention conditions remain dire, with persistent overcrowding and inadequate living conditions, not to mention critical health conditions of hundreds of prisoners. People in detention are facing increased risks to COVID-19, having no choice but to live in close proximity with others, often without access to adequate preventive measures.

On 17 March, the government submitted a draft law to parliament that would in principle have served to exempt prisoners who finished serving their prison sentences from paying the fines and granting them release, suggesting that there were likely to be more than 100 prisoners in this situation. However, the parliamentary agenda for this week’s three-day legislative session did not include it. The existence of this draft law suggests that there are at least hundreds of prisoners who have served their term, yet remain in prison.

Doummar El-Mokdad, from the Committee of the Families of Prisoners in Lebanon, told Amnesty International that he was aware of pre-trial detainees that had been held for extended periods of time. He said: “Prisoners are left without trials. Some prisoners have been incarcerated since the events of Nahr El Bared in 2007, and have remained for 13 years without trial. These are hostages, not prisoners.”

On 2 April, Prime Minister Hassan Diab announced plans to release an estimated 3,000 detainees, almost half of the country’s regular prison population, and a week later Minister of Interior Mohammed Fahmi confirmed the release of 606 pre-trial detainees.

Doummar El-Mokdad said: “For prisoners and their families, Lebanon is a living hell. Our prisons are not made for human beings. Photos and videos sent by prisoners show that their conditions remain revolting.”

Relatives interviewed by Amnesty International described how they fear for prisoners’ health in light of COVID-19, especially as visits are becoming increasingly difficult due to restrictions imposed because of the pandemic.

According to Omar Nashabe, a former advisor to the Ministry of Interior, the administration of Roumieh Central Prison provided a list of 700 prisoners with underlying medical conditions, with many suffering from respiratory issues and other conditions putting them at higher risk from COVID-19. El-Mokdad told Amnesty International that around 120 prisoners use the same bathroom in Roumieh, and that 70 inmates sleep in each corridor. In Zahle Prison, there are an estimated 820 inmates in a 300-person capacity building.

Heba Al-Mawla’s husband Ali has so far served seven years of a 13-year sentence for selling drugs. A mother of two, she has been unable to visit him for three weeks because her work as a taxi driver has stopped and she has no funds.

She said: “Ali told me they gathered the prisoners and sprayed them with water and Dettol inside. Is this a valid measure to protect them from coronavirus? Or just another measure to disrespect them? When they sentence someone to such a long time in prison, they’re also sentencing his mother, wife and kids. Our country is full of injustice”.