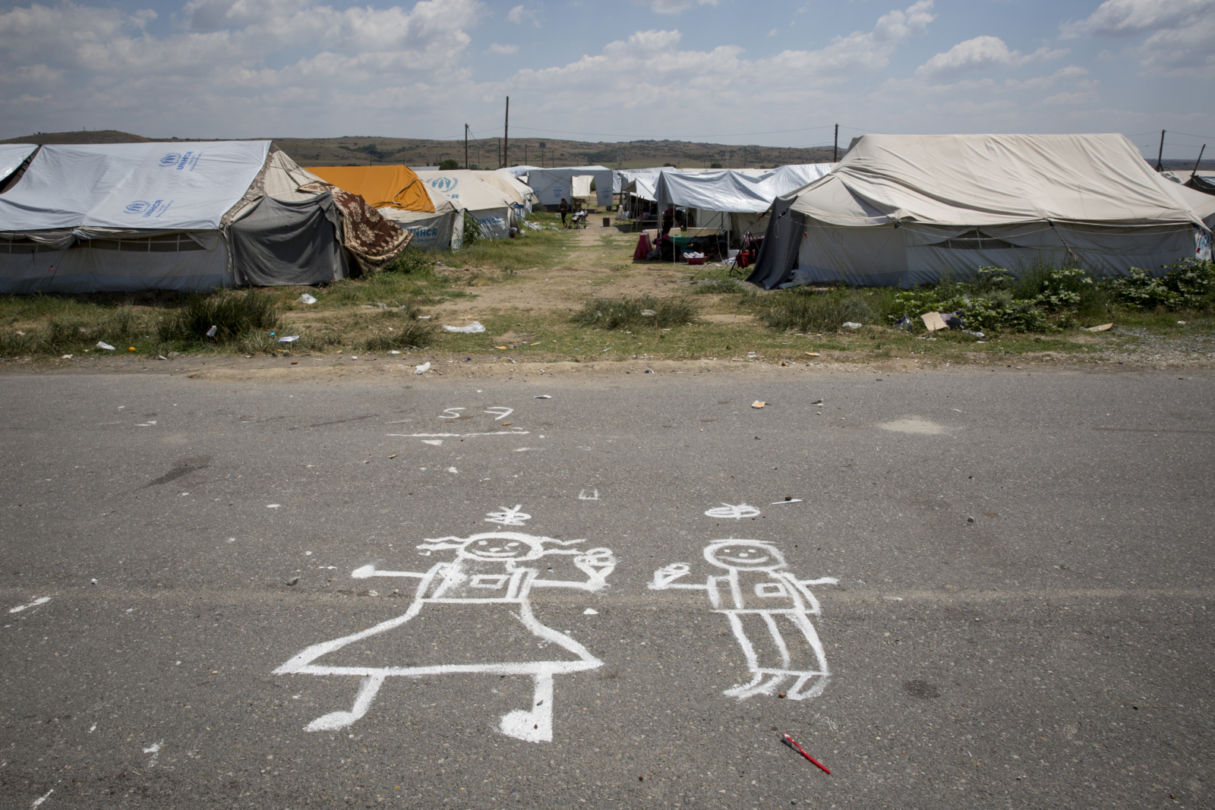 September – and in Europe a new school term – is upon us. But on the margins of the continent, thousands of children can only dream of the day they will be able to continue their precious education.

A law passed yesterday by the Greek parliament has given some hope to tens of thousands of school-aged refugee children stranded in Greece. It aims to start providing so-called reception classes for them by the end of September. These classes are intended to prepare refugee children for integration into the Greek national education system. However, there are doubts as to whether the required number of qualified teachers can be recruited and how quickly this integration will take place.

I recently visited some of the refugee camps in Greece. These sprawling makeshift camps are no place for any child to live. They flood when it rains and in the summer the heat is relentless. There are snakes and we have seen children bitten by mosquitos all over their bodies. The children are scared of the fights that often break out. These places are a far cry from the cool, clean classrooms of Europe.

The children I met spoke with eloquence about their lives before and during the wars in Syria, Afghanistan and Iraq, and how it had affected their education. “Every two or three days, my school was closed because of the bombs and once a bomb fell on the school grounds and we ran out of the school,” 17-year old Ghena from Syria told me.

Maher, a 13-year old Yezidi refugee was lucky to reach Greece at all. “I felt scared during our trip to Greece. The Turkish military fired at us. We were two hours in the water… I have not gone to school for two years. I miss school.”

According to the UN Refugee Agency, more than 163,000 refugees and migrants who have arrived in Greece between January and August this year, 38% are children. But Europe has closed its borders to them.

Several of the children have had no formal education for as long as five years. Some told us dejectedly that they have forgotten how to read and write, the time and energy they once dedicated to learning now spent on perilous journeys and underpaid labour.

Diana, a 14-year-old Syrian Kurd I met at Sinatex camp had worked for three months as a tailor in Turkey. “I worked for 12 hours every day and earned 500 Turkish liras per month (Approximately €150),” she told me. “I went to school only for three years and I do not know how to read or write Arabic or Kurdish. I want to be a doctor when I grow up.”

Diana’s ambition to become a doctor seems far out of reach as she waits in the camp with her mother and siblings. Her father is a recognized refugee in Germany but they do not know when or if they will be able to be reunited with him. She misses him terribly.

Lack of access to formal education exacerbates the monotony of camp life and the children’s disillusionment at the terrible living conditions. It not only puts them at a standstill developmentally but more worryingly is contributing to mental health issues.

One man at the Samos hotspot was very worried about his teenage daughter who has been rapidly losing weight because of stress and the poor quality of the food. A teenage boy in northern Greece confessed to me that he was questioning the point of living with such bleak prospects.

Many parents consider education to be one of the more painful losses that they have had to endure. Yusuf, a 47 year old tailor from Syria, lost his leg in Aleppo and struggles in a wheelchair at Nea Kavala camp. Despite this hardship, he said the most painful consequence of the war is that his sons have not been able to attend school for six years. “Learning is like a diamond,” he says, “You cannot get enough.”

Committed volunteers, refugees and NGOs do what they can. In all the camps we visited, they provide educational activities, including classes in the childrens’ mother tongue, English and German. Of course this has its own challenges. “It is very difficult for the children to concentrate because they have not gone to school for several years,” explains

Ali, a 30-year-old English literature graduate from Damascus who teaches English to the children at Nea Kavala camp. “They cannot stay in one place for more than few minutes.”

The children also desperately crave the security of a home. Many of those we spoke to talked about their desire to reach their loved ones already living in other European countries, continue their formal education and to make something of their lives. “We are here 423 days with no hope, no education, no schools,” 16-year-old Abdullah from Syria told me. “I need the chance to go to school.”

They feel that European leaders have let them down.

I hardly knew what reassurance I could offer Abdullah, but I promised that his voice and his message would be heard, in the hope that leaders will act on it and not continue to let him down.

The responsibility, though, is not Greece’s alone. European leaders have so far failed abysmally in dealing with the refugee crisis. Europe’s governments should use all available means to accept asylum-seekers from Greece, by speeding up relocation to other countries, facilitating family reunification and offering humanitarian and student visas for onward travel.

On the first day of term as children across Europe, in the words of Shakespeare, are “creeping like snail, unwillingly to school” it is worth remembering how much these refugee children crave to go to school. Borders are closed to them. While Greece will give these children hope with some access to education, the prospects of completing their education are bleak and their bright ambitions are fading to distant and desperate dreams.