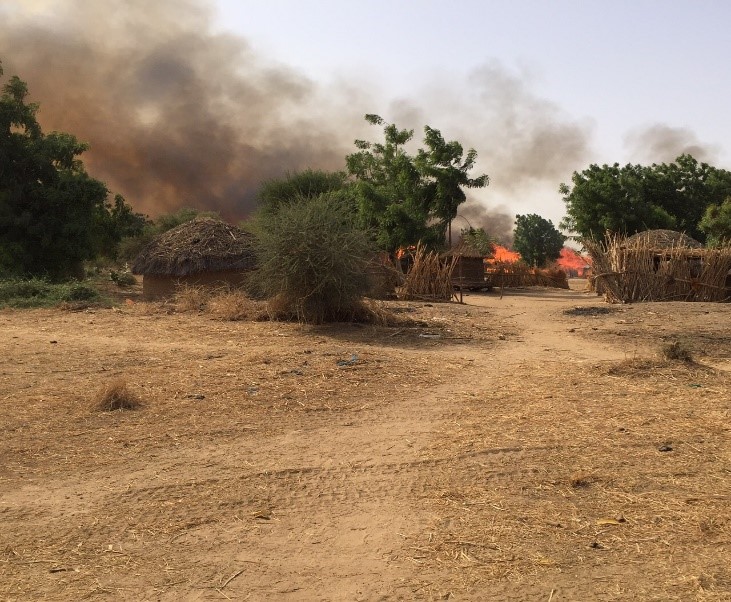 A major resurgence in Boko Haram attacks and suicide bombings in Cameroon and Nigeria has left at least 381 civilians dead in the five months since the start of April 2017, with casualties more than double the previous five months, Amnesty International said today. According to data collected by the organisation, a sharp rise in civilian deaths in the Far North region of Cameroon and the Nigerian states of Borno and Adamawa has been driven by the armed group’s increased use of suicide bombers – often using women and girls who are forced to carry explosives into crowded areas.

“Boko Haram is once again committing war crimes on a huge scale, exemplified by the depravity of forcing young girls to carry explosives with the sole intention of killing as many people as they possibly can. This wave of shocking Boko Haram violence, propelled by a sharp rise in suicide bombings, highlights the urgent need for protection and assistance for millions of civilians in the Lake Chad region. Governments in Nigeria, Cameroon and beyond must take swift action to protect them from this campaign of terror,” said Colm O’Gorman, Executive Director of Amnesty International Ireland.

Boko Haram attacks in Nigeria have killed at least 223 civilians since April, though the real figure may be higher still as some attacks may have gone unreported. Between May and August, seven times’ more civilians were killed than in the preceding four months, while 100 civilians were killed in August alone. The deadliest recent attack came on 25 July, when the armed group shot dead 40 people and abducted three others in an ambush on an oil exploration team in the Magumeri area of Borno state. Boko Haram suicide bombers have killed at least 81 people in Nigeria since April, while 67 people have been abducted – mostly women and girls – since the start of the year. There have been two reports of raids on villages in August, in which Boko Haram fighters rounded up and shot civilians, burned down homes and stole from people’s houses, shops and markets.

In Cameroon, Boko Haram have killed at least 158 civilians since April – four times more than in the preceding five months. The recent spike in casualties has been driven by increased suicide attacks, with 30 – more than one per week – carried out since the beginning of April. The deadliest attack took place in Waza on 12 July, when 16 civilians were killed and at least 34 injured after a young girl was forced to carry and detonate a bomb in a crowded video game centre.

The town of Kolofata, in the Mayo-Sava district, has been especially targeted with nine attacks since April. Mora, the second largest urban centre in the Far North region, has also been hit three times.  The displacement of Boko Haram fighters from the Sambisa Forest in Nigeria to the Mandara Mountains in Cameroon, following operations conducted by the Nigerian military, may explain some of the increase in attacks in Cameroon.

Across the Lake Chad region, millions of civilians are in need of urgent humanitarian assistance as a result of Boko Haram violence. A total of 2.3 million people have been displaced across the region. This includes 1.6 million internally displaced people and refugees in Nigeria and 303,000 in Cameroon. Another 374,000 are displaced in Chad and Niger. More than seven million people across the region face serious food shortages, including five million in Nigeria and 1.5 million in Cameroon. There are 515,000 children suffering from severe acute malnutrition, more than 85% of them in Nigeria. The recent increase in insecurity has made humanitarian operations difficult, or even impossible, in some inaccessible areas of northeast Nigeria.

“Governments across the Lake Chad region must increase their efforts to protect the hundreds of thousands of civilians at grave risk of being targeted by Boko Haram violence, abductions and abuses. Meanwhile, the international community should also rapidly scale up its commitment to provide life-saving humanitarian assistance to the millions in the region who need it,” said Colm O’Gorman.

Amnesty International has been documenting human rights abuses and serious violations of international humanitarian law that amount to war crimes and crimes against humanity committed by Boko Haram since 2010.

Amnesty International has compiled and analysed media reports of Boko Haram attacks and casualties, which demonstrate a sharp increase in activity since April 2017 compared to previous months and comparable periods in 2016. The real numbers are likely to be higher, with some deaths unreported.

In 2017 Boko Haram has also killed civilians during at least 10 attacks in the Diffa region of Niger. All parties to the conflict, including Boko Haram, are bound by the rules of international humanitarian law, which explicitly prohibits any direct attacks against civilians and civilian objects.