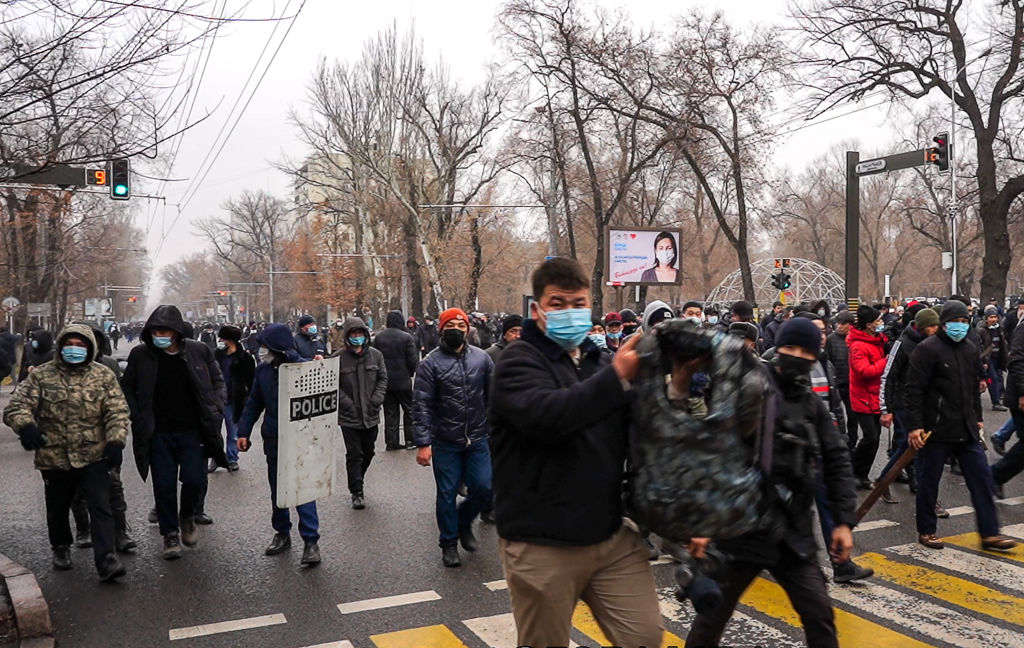 “The protests unfolding in Kazakhstan, which have turned violent, are a direct consequence of the authorities’ widespread repression of basic human rights. For years, the government has relentlessly persecuted peaceful dissent, leaving the Kazakhstani people in a state of agitation and despair.

“Instead of threatening to crack down on protesters, the Kazakhstani authorities must resolve the situation peacefully by immediately and unconditionally releasing all those who have been arbitrarily detained and addressing past abuses committed by the state. Protesters accused of internationally recognized crimes for violent actions should be provided with fair trials in accordance with international human rights law.

“Kazakhstan’s commitments under international law and its own constitution enshrine the right to peaceful assembly. The authorities must honour these obligations, protect peaceful protesters and respect free speech. They must also ensure that police do not use unlawful and excessive force. Any police officer or other official responsible for inflicting human rights violations must be held to account.”

On 2 January, protests erupted in the Mangystau Region in south-east Kazakhstan over gas price hikes, before spreading into several other major cities, including the biggest city, Almaty.

The protests gradually turned violent, with reports of protesters damaging police cars, among other offences, and storming the Almaty city administration’s office today. In response, police fired tear gas and stun grenades at the protesters. President Kassym-Jomart Tokayev said in a televised address that he plans “to act as toughly as possible.”

The authorities introduced a state of emergency in the Mangystau Region, Almaty and some other cities on Tuesday and Wednesday. They have reportedly also restricted the internet and social media and warned all media against “violating” Kazakhstan’s unduly restrictive media law.

Police said they have arrested at least 200 protesters and that dozens of officers have been injured. They arbitrarily detained and questioned at least two senior journalists from the RFE/RL’s local Azzattyk radio service.

For years, the authorities have repressed the basic rights of the Kazakhstani people by not only banning peaceful protest but also opposition political parties. Numerous peaceful protest leaders, human rights defenders, bloggers and others have been arrested and imprisoned following unfair trials. In 2011, at least 14 protesters were killed after police cracked down on a demonstration in Zhanaozen.