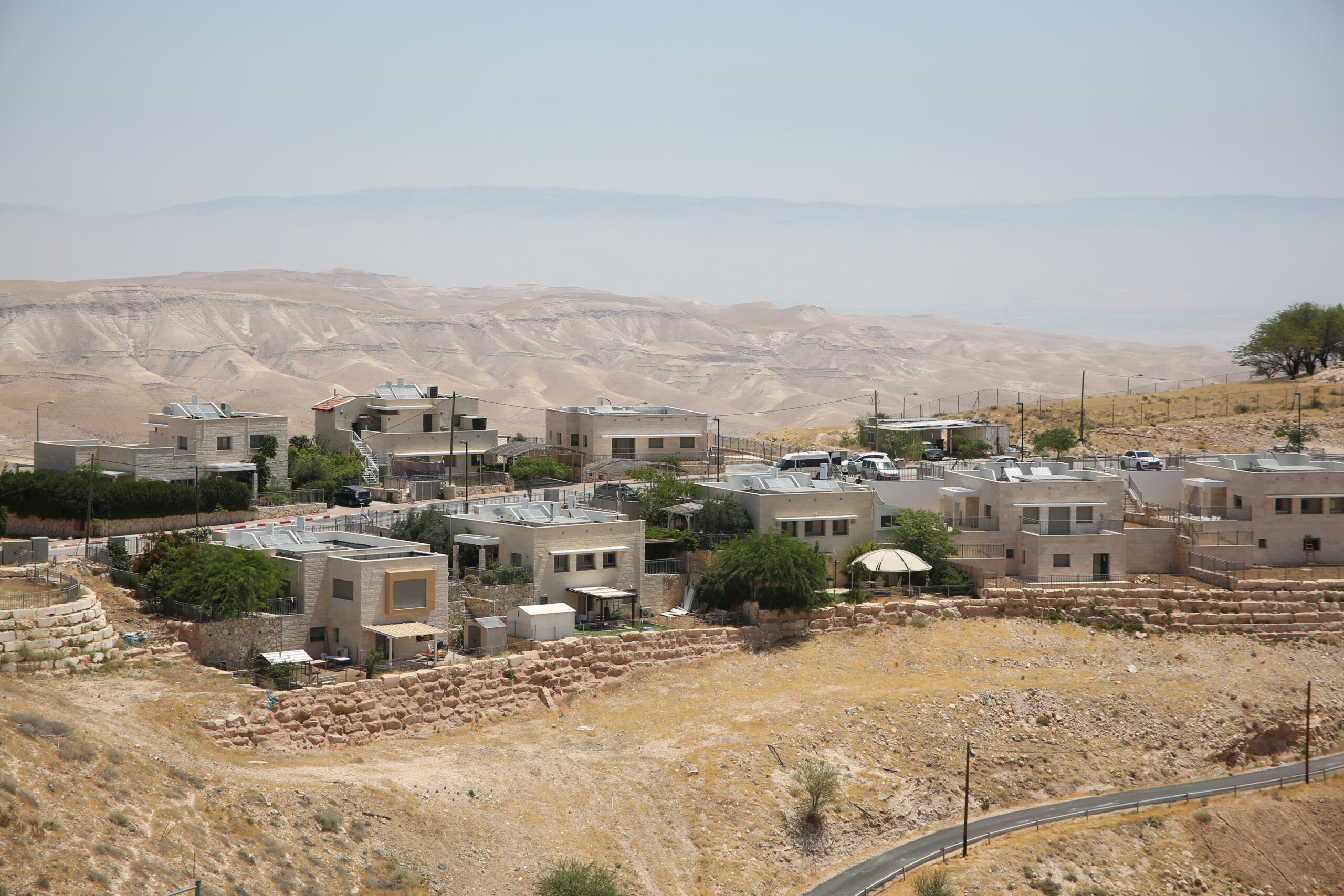 Amnesty International is calling on the UK construction equipment giant JCB to take measures to prevent its diggers and other machinery from being used in the Israeli-occupied Palestinian Territories for the unlawful destruction of Palestinian homes or the construction of Israel’s vast network of illegal settlements.

In a major new report,  JCB Off Track, Amnesty reveals that JCB’s sole agent in Israel has contracts for the maintenance of JCB’s equipment with Israel’s Ministry of Defence, including for the type of bulldozer known to have been used in the extensive and ongoing demolition of Palestinian properties and the construction and expansion of Israeli settlements on Palestinian land which are illegal under international law.

Alongside its 92-page report, Amnesty’s specialist Evidence Lab has produced an interactive digital map showing dozens of specific incidents where JCB machinery was used in recent years to demolish residential and farm buildings belonging to Palestinians, to destroy water pipes and uproot large numbers of olive trees and other agricultural produce.

During Israel’s 54-year-long military occupation of Palestinian territory, tens of thousands of Palestinian homes and properties have been demolished by Israeli forces, with thousands of Palestinians displaced. In the first nine months of this year alone, some 673 structures were demolished, displacing nearly 1,000 Palestinian people. During the past half-century, the Israeli authorities have allowed almost 700,000 settlers to move into often purpose-built settlements in the West Bank and East Jerusalem, which the UN has repeatedly called a “flagrant violation under international law”. Last month, Israel reportedly approved the construction of a further 3,100 new settler homes in the West Bank.

Amnesty has written to JCB warning that its failure to take appropriate steps to prevent the use of its equipment in widespread human rights violations in the Palestinian Territories puts the company in breach of its responsibilities under international human rights standards applicable to business and may be sufficiently serious to carry legal liability.

JCB, a privately-owned British company headquartered in Rocester, Staffordshire, whose formal name is JC Bamford Excavators Limited, sells its well-known demolition and earthmoving equipment via a sole agent in Israel – Comasco Ltd. Comasco, also a private company, in turn sells JCB goods to an extensive list of clients in Israel and provides a range of aftersales and maintenance services.

Amnesty’s report shows that one of the recipients of Comasco’s aftersales services is Israel’s Ministry of Defence. Documents examined by Amnesty show that Comasco’s aftersales work for the Israeli MoD relates to JCB’s backhoe loaders, which are specifically used in demolitions. This means that it is likely that Comasco is buying the loaders from JCB in the UK, selling them to the Israeli military and then servicing and repairing them as required, including after their use in house demolitions or settlement building.

The backhoe loaders, familiar from many construction sites in the UK, come in a range of specifications, but are relatively expensive items at between £60,000 and £85,000 each. However, JCB’s trade with Israel is thought to represent a relatively small proportion of its overall business operations and the company could take steps to prevent its equipment being improperly used in the Palestinian Territories.

JCB defends its sales on the grounds that it doesn’t itself operate in the Occupied Territories and only sells its products to Israeli firm Comasco, arguing that it is not responsible for how they are used thereafter. However, Amnesty’s report explains that JCB has a clear responsibility under international standards to take effective measures to prevent its products being misused.

The report also shows that JCB has the technological means via its own computer diagnostics software (known as “LiveLink”) to track where its products are being used at any given time and even to remotely decommission them in the event of misuse. The company has so far appeared reluctant to deploy such means of preventing JCB machinery being used in serious human rights violations in the Occupied Territories.

Last year, Amnesty wrote to former International Trade Minister James Cleverly calling on him to act in relation to JCB and two other UK companies – Opodo and Greenkote – after the firms were included on a United Nations list of 112 companies conducting “substantial and material” business activities in the Israeli settlements.

“JCB’s diggers have demolished countless Palestinian homes in the Occupied Territories, while clearing the ground for the construction of illegal Israeli settlements.

“For many Palestinians, JCB’s distinctive yellow-and-black bulldozers are an ominous sign of their impending homelessness and of more Palestinian land being stolen to make way for illegal Israeli settlements.

“JCB is completely wrong to say it has no responsibility for what third-party buyers do with its equipment.

“Under international business standards, JCB has a clear responsibility to take measures to ensure its goods are not used in the commission of human rights violations – this should be viewed as an essential part of human rights due diligence.

“JCB should do the right thing and address situations where its equipment ends up in the hands of the Israeli demolition crews in the Palestinian Territories.

“JCB needs to turn its engines off and stop ignoring the use of its products for Israeli war crimes in the Occupied Palestinian Territories.

“Now that the Government has found JCB to be in breach of international human rights standards for not conducting proper due diligence, there should be consequences for the company – such as denial of public procurement contracts.

“This adjudication should prompt ministers to adopt a legal framework requiring companies to conduct human rights due diligence in their global operations, including in relation to the end-use of their products.”

Last week (11 November), the UK’s National Contact Point for the Organisation for Economic Co-operation and Development Guidelines for Multinational Enterprises found that JCB was in breach of two elements of the Human Rights Chapter of the OECD Guidelines, while clearing JCB of other breaches. This came after a complaint made against JCB by Lawyers for Palestinian Human Rights in 2019. The National Contact Point, the UK body which manages complaints about the practices of UK multinational companies in relation to the OECD guidelines, has put JCB on notice that it will now review the company’s progress in developing a human rights policy and undertaking human rights due diligence.

In June 2017, to mark the 50th anniversary of Israel’s occupation of the West Bank, including East Jerusalem and the Gaza Strip, in June 2017 Amnesty launched a campaign calling on all countries to prohibit goods produced in the Israeli settlements from their markets and to prevent their companies from operating in settlements or trading in settlement goods. In February last year, JCB was included on a UN list of 112 companies conducting “substantial and material” business activities linked to the supply of equipment for the construction of Israeli settlements or the demolition of Palestinian housing and property.