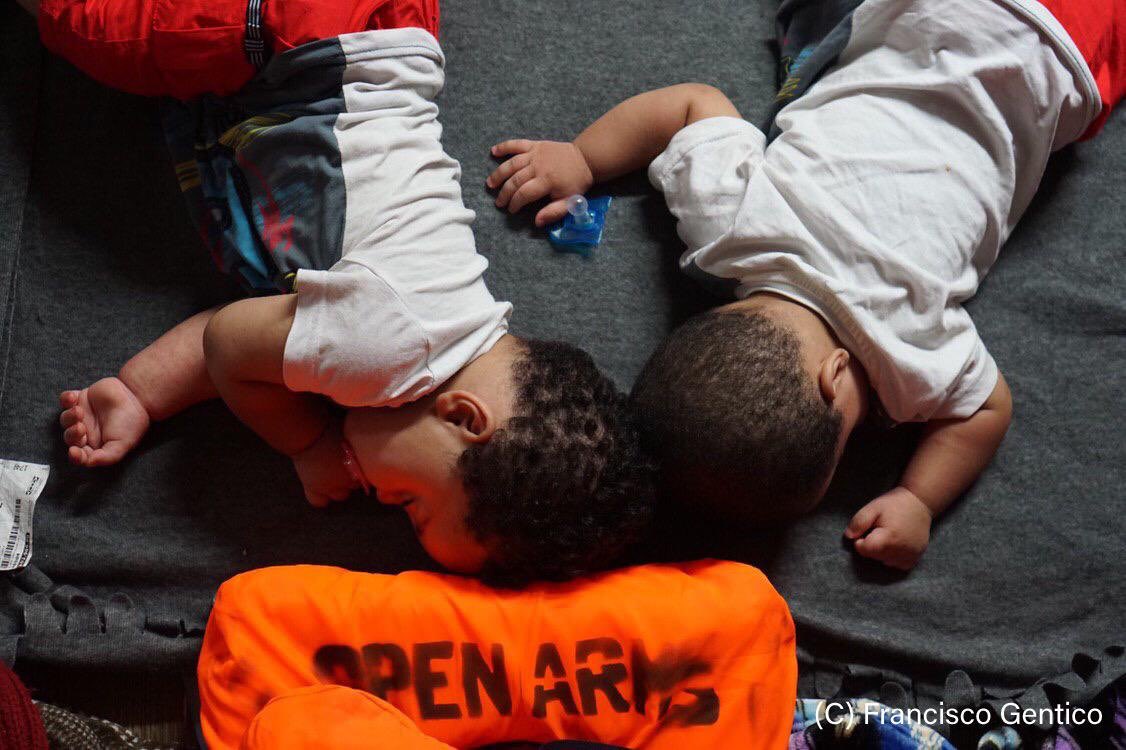 Italy/Malta/Spain: 121 people including babies and children stranded at sea in searing heat must be allowed to dock

More than 30 children, including two babies, and nearly 90 men and women stranded at sea in searing temperatures, must be immediately allowed to dock, said Amnesty International, as the stand-off between the Italian, Maltese and Spanish authorities and a NGO rescue ship enters its second week.

Despite mounting concerns for their well-being, Italian and Maltese authorities are refusing a port where they could safely be disembarked. Spanish authorities have yet to formally request help from European institutions to mediate a solution.

“After a week stranded at sea in blistering heat, these women, men and children who have risked their lives to escape human rights abuses in Libya should be immediately disembarked either in Malta or Italy,” said Maria Serrano, Amnesty International’s Senior Researcher on Migration.

“Despite mounting concerns for the well-being of those on board, politicians are shamelessly breaching their responsibilities under international law by refusing to grant a safe port to people who could face torture if returned to Libya and who are exhausted and in need of protection and care.”

Seven days after they were rescued from the water by the Proactiva Open Arms NGO ship, 121 people – including 30 children and two babies – remain on board in sweltering heat and overcrowded conditions. The ship, sailing under the Spanish flag, remains about 30 nautical miles from Italy, between Malta and Lampedusa.

Those on board were saved in two rescues on 1 and 2 August in international waters, the first at 78 nautical miles from Libya and the second one close to the Maltese search and rescue zone. Many claim to have suffered extreme forms of abuse whilst in detention in Libya and some reportedly have third degree burns and gunshot wounds. At least one man claims to have sustained his injuries during last month’s attack on Tajoura detention centre in Tripoli.

This stand-off comes a day after the Italian parliament signed off on Minister of Interior Salvini’s second “security decree”. The new law, dubbed “the Decreto Sicurezza bis”, means that private rescue boats entering Italian territorial waters without permission could face fines of up to 1 million Euros and be impounded.

This is just the latest in a series of instances of ships in the Central Mediterranean rescuing people at sea only to be blocked from docking in the nearest safe port. UNHCR and UN Special rapporteurs have already criticized the new measures which could further discourage shipmasters from rescuing people while states have mostly withdrawn from rescue efforts in the central Mediterranean. Meanwhile, another boat from the NGO Proactiva, the Astral, will depart from Spain on Saturday to provide assistance – including food, water and medical supplies – to the Open Arms.

“It is unconscionable that just off the beaches on which holiday-makers bask, babies are stranded at sea. European states, starting with Italy and Malta, have brazenly undermined the search and rescue system and used people as pawns to negotiate abusive migration policies, with callous disregard for peoples’ safety,” said Maria Serrano.

“It is time that European governments stop playing with people’s lives and deploy adequate resources for search and rescue where they are needed. They must urgently agree on a swift and predictable disembarkation mechanism in line with international law and on a fair system to distribute asylum-seekers among EU countries.”

Prompt disembarkation is discouraged by the unfairness of the European asylum rules (the so-called Dublin system). These determine the country responsible for examining an asylum application.

Usually the country through which the asylum-seeker first entered the EU is responsible for examining their asylum claim. This forces a few countries to process the majority of the applications.