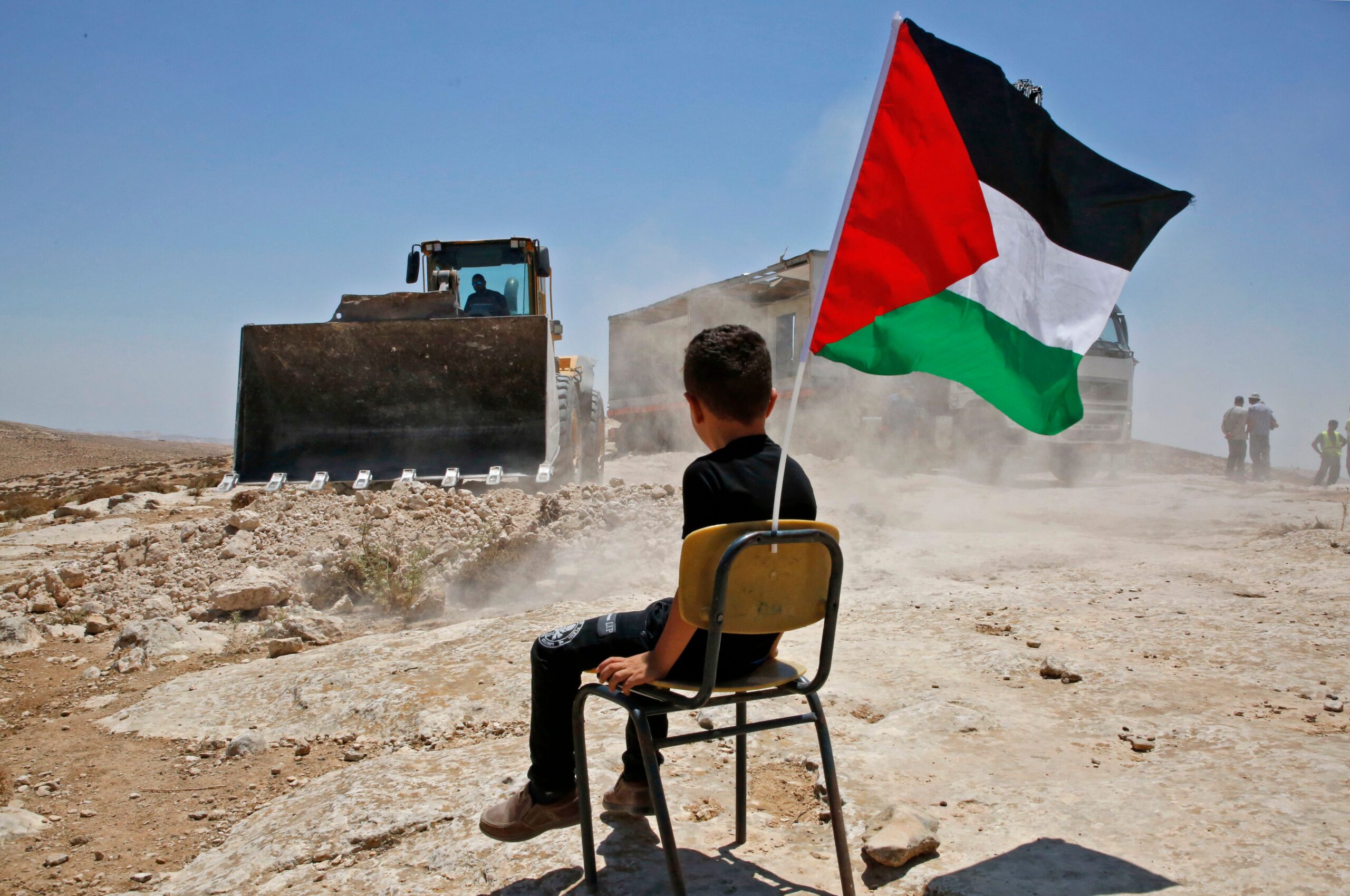 Israel/OPT: Flag restrictions are the latest attempt to silence Palestinians and reduce their visibility

An Israeli government directive placing additional restrictions on the display of Palestinian flags in public spaces in Israel is an audacious attack on the rights to nationality, freedom of expression and freedom of peaceful assembly, Amnesty International said today. The directive, which was issued by Israel’s new Minister of National Security Itamar Ben-Gvir on Sunday, describes the Palestinian flag as a symbol of “terrorism” and instructs Israeli police to remove it from public places.

Israeli authorities say the directive is aimed at stopping “incitement” against Israel, but it comes amid a wave of measures designed to silence dissent and restrict protests, including those held in defence of Palestinian rights. Such measures include a growing crackdown on Palestinian civil society, and soaring numbers of arrests and administrative detention orders used to punish Palestinian activists.

“This appalling attempt to erase the identity of the Palestinian people is the latest in a series of measures that Israeli authorities have introduced to legitimize racism and discrimination against Palestinians. The farcical pretexts for this directive cannot mask the fact that Israeli authorities are growing increasingly ruthless in their attempts to crush all opposition to the apartheid system,” said Heba Morayef, Regional Director for the Middle East and North Africa at Amnesty International.

“As a party to the International Covenant on Civil and Political Rights, Israel has committed to guarantee the rights to freedom of expression and peaceful assembly for everyone living under its control. Israel also has the obligation to prohibit incitement to discrimination, hostility or violence through advocacy of national, racial or religious hatred. This directive flies in the face of these obligations.

“For decades, the Palestinian flag has been a symbol of unity and resistance to Israel’s unlawful occupation, and is used around the world as an emblem of solidarity with the Palestinian people. It is deeply ironic that Israeli authorities are trying to justify this move on grounds of incitement, when the directive itself pours fuel on racial hatred and sows division. It is one of many Israeli policies, enacted within the system of apartheid, which are designed to minimize the presence and visibility of Palestinians and silence their voices.”

Israeli authorities have long attempted to restrict the display of the Palestinian flag. Although Israeli law does not outlaw their display in Israel, police and security forces have the right to remove them if they deem them to be a threat to public order.

Two months after occupying the Palestinian territories in 1967, Israeli authorities issued a military order which punishes and criminalizes Palestinians for attending and organizing processions, assemblies or vigils of 10 or more people for issues that “may be construed as political”, unless they have a permit. The order, which does not define what is meant by “political”, effectively bans protests, including peaceful ones. It also prohibits the display of flags or emblems or the publication of any material “having a political significance” without a permit from an Israeli military commander. The order continues to apply in the West Bank.

In May 2022, Israeli forces in East Jerusalem violently removed flags carried by Palestinians mourning the death of journalist Shirin Abu Akleh, who was killed by Israeli forces. On 1 June 2022, a bill banning the hoisting of Palestinian flags in state-funded institutions in Israel passed a preliminary reading.