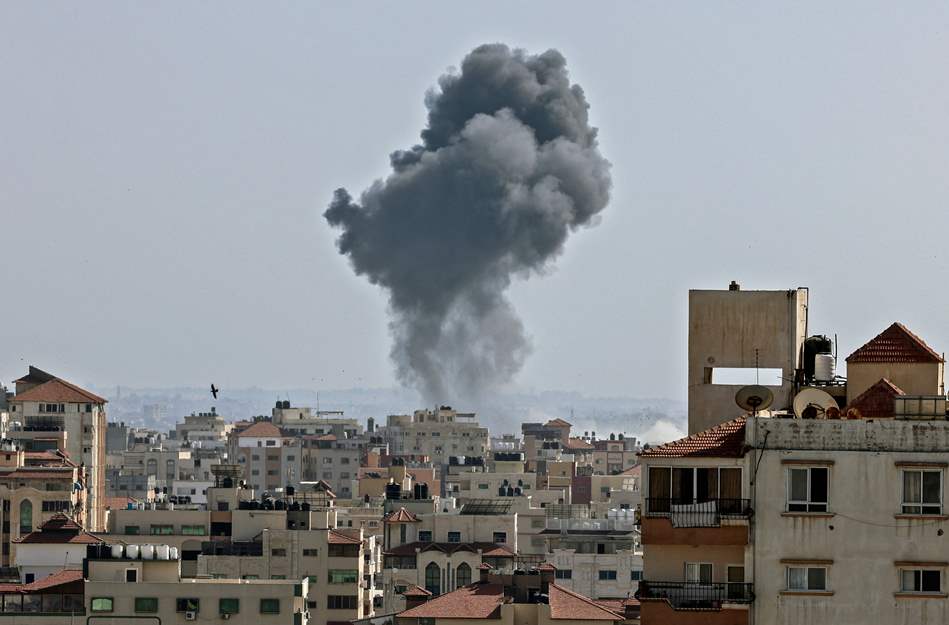 Israel/ OPT: Cycle of impunity leaves civilians once again paying the price amid escalation of hostilities

Israeli forces and Palestinian armed groups in Gaza must not repeat violations of international humanitarian law that led to killing and maiming of civilians and destruction of homes and infrastructure in previous rounds of fighting, said Amnesty International today.

Israeli forces have carried out air strikes killing and injuring civilians in Gaza. They have also damaged or destroyed at least two residential buildings housing tens of Palestinian families and one office building in Gaza, in targeted attacks amounting to collective punishment of the Palestinian population. Since 10 May, Palestinian armed groups have fired more than 1,500 rockets towards civilian areas in central Israel and towns near the Gaza border, killing and injuring civilians. In total at least 53 people, including 14 children, in Gaza and seven people in Israel have been killed in the violence.

“The intensification of armed hostilities between Israel and Palestinian armed groups in Gaza raises fears of a further spike in civilian bloodshed and destruction of homes and infrastructure over the coming days. All sides in the conflict have an absolute obligation to protect civilians. They must remember that there is an active investigation before the International Criminal Court and must not assume they will enjoy past impunity for violations,” said Saleh Higazi, Deputy Director for the Middle East and North Africa at Amnesty International.

“This escalation is reminiscent of horrific hostilities from 2008, 2012, and 2014 where civilians bore the brunt of the suffering, with massive death and destruction in Gaza, which has been under an illegal blockade amounting to collective punishment since 2007.

“Both Israeli forces and Palestinian armed groups have carried out war crimes and other violations with impunity. Israel has a deplorable record of carrying out unlawful attacks in Gaza killing and injuring civilians including war crimes and crimes against humanity. Palestinian armed groups have also committed violations of international humanitarian law with impunity.”

“Firing rockets which cannot be accurately aimed into populated areas can amount to a war crime and endangers civilian lives on both sides of the Israel/ Gaza border,” said Saleh Higazi.

In Israel, a 50-year-old Palestinian citizen of Israel and his 15-year-old daughter were killed in a suspected rocket attack in the unrecognised village Dohmosh outside the city of Lydda in central Israel. The community does not have access to shelters, and the alarm system of sirens warning of oncoming projectiles from Gaza does not function in these communities.

In Gaza, Israeli forces carried out attacks on a number of residential buildings from the early hours of 11 May. One 13-storey high rise residential building – Hanadi Residential Tower – was completely destroyed and reduced to rubble. Civilians had been warned to evacuate the area before it was hit. Al-Jawhara office building was also severely damaged on and Al-Shurouq building was also destroyed and reduced to rubble on 12 May. Other buildings were partially damaged as specific apartments were targeted.

“Even if part of a building is being used for military purposes, Israeli authorities have an obligation to choose means and methods of attack that would minimise risks posed to civilians and their property.”

An attack targeting an apartment on the top floor of the seven- storey “Tiba Apartments” building killed one woman and her son, a 19-year old with special needs, who lived on the floor below.

An attack on the 14-storey residential tower called “al-Jundi al-Majhoul” killed three Palestinian members of Islamic Jihad. One civilian resident in the building who was woken up by the attack said:

“The building was shaking crazily… When we got to the windows…we saw everyone looking at us and then people screaming ‘vacate the building immediately’ because it was hit… minutes afterwards I was outside, with people pulling me away from danger … which now feels funny to say, as we have no idea where a safe place would be to seek refuge in.

“So far [the building] hasn’t [ been destroyed], but the terror of the thought alone is enough. We haven’t slept a wink, the strikes have been non-stop. I have a two and a half year old daughter and this is her first war, I was terrified myself and did not know what to do to calm her,” she said, adding, “what drives me crazy, is that they can easily just target precisely whoever they want as they’ve done with our building, and yet they choose to level entire buildings to the ground. What does that tell you? I’m sure an entire building is not a security threat.”

Amnesty International is calling on the international community, UN Security Council members – including the United States – to publicly denounce violations of humanitarian law and pressure all sides to the conflict to protect civilians.

“UN Security Council members must take a strong and public stand and immediately impose a comprehensive arms embargo on Israel, Hamas and other Palestinian armed groups with the aim of preventing further serious violations of international humanitarian law and human rights by the parties to the conflict,” said Saleh Higazi.

“The international community must also press Israel to address root causes of the latest flare up in violence which include longstanding impunity for war crimes and other serious violations of international law as well as Israel’s ongoing illegal settlement expansion, the blockade of Gaza, and the forcible eviction and dispossession of Palestinians such as those in Sheikh Jarrah.”