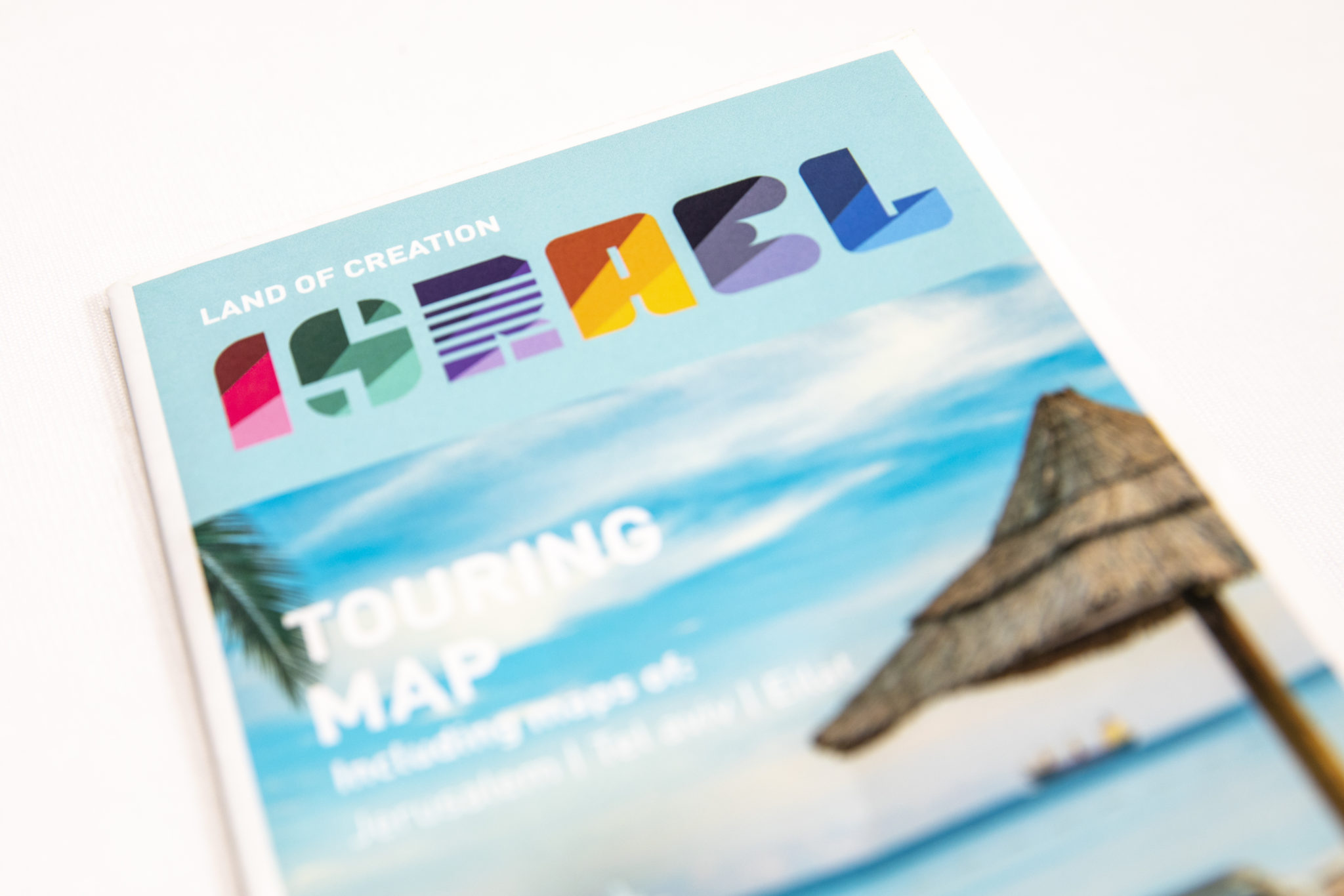 Online booking giants Airbnb, Booking.com, Expedia and TripAdvisor are fuelling human rights violations against Palestinians by listing hundreds of rooms and activities in Israeli settlements on occupied Palestinian land, including East Jerusalem, Amnesty International said today. In a new report, ‘Destination: Occupation’, the organisation documents how online booking companies are driving tourism to illegal Israeli settlements and contributing to their existence and expansion.

Israel’s settling of Israeli civilians in the Occupied Palestinian Territories (OPT) violates international humanitarian law and is a war crime. Despite this, the four companies continue to operate in the settlements, and profit from this illegal situation.

One of the settlements included in Amnesty International’s report is Kfar Adumim, a growing tourism hub located less than two kilometres from the Bedouin village of Khan al-Ahmar, whose imminent and complete demolition by Israeli forces has been given a green light by Israel’s Supreme Court. The expansion of Kfar Adumim and other surrounding settlements is a key driver of human rights violations against the local Bedouin community.

“Israel’s unlawful seizure of Palestinian land and expansion of settlements perpetuates immense suffering, pushing Palestinians out of their homes, destroying their livelihoods and depriving them of basics like drinking water. Airbnb, Booking.com, Expedia and TripAdvisor model themselves on the idea of sharing and mutual trust, yet they are contributing to these human rights violations by doing business in the settlements,” said Seema Joshi, Amnesty International’s Director of Global Thematic Issues.

“The Israeli government uses the growing tourism industry in the settlements as a way of legitimising their existence and expansion, and online booking companies are playing along with this agenda. It’s time for these companies to stand up for human rights by withdrawing all of their listings in illegal settlements on occupied land. War crimes are not a tourist attraction.”

It is not just the tourism industry which is profiting from, and contributing to, illegal settlements.  Hundreds of millions of pounds’ worth of goods produced in Israeli settlements are exported internationally each year, despite the fact that most countries around the world have officially condemned the settlements as illegal under international law.

As well as calling on individual companies to stop doing business in and with the settlements, Amnesty International is calling on governments to make this mandatory through regulation, and to introduce laws prohibiting the import of settlement goods.

“It’s not enough to condemn the settlements as illegal but then allow the commercial activities that make them profitable to continue,” said Seema Joshi.

The Irish parliament is currently in the process of approving a landmark bill which would prohibit trade in goods and services with settlements, and Amnesty International is calling on other countries to follow this lead.

Under the UN Guiding Principles on Business and Human Rights, companies have a responsibility to respect international humanitarian and human rights law, wherever they operate in the world. Until they remove listings in settlements, all four companies in Amnesty International’s report are in breach of these responsibilities in relation to their activities in the OPT, as well as their own corporate standards.

All four companies in Amnesty International’s report have listings in settlements including East Jerusalem. At the time of writing:

Between February and October 2018 Amnesty International visited four Palestinian villages close to Israeli settlements, as well as the Silwan neighbourhood of East Jerusalem and a Palestinian community in Hebron. All these locations are close to lucrative tourist attractions run by settlers.

Amnesty International found that Airbnb, Booking.com, Expedia and TripAdvisor not only play a significant role in driving tourism to illegal settlements, they also mislead their customers by failing to consistently indicate when listings are located in Israeli settlements.

“Tourists coming here are brainwashed, they are lied to, they do not know this is our land,” said a Palestinian farmer living next to Shiloh settlement, where the Israeli government is funding a large visitor centre to draw tourists to an archaeological site.

The two Palestinian villages next to Shiloh have lost more than 5,500 hectares (55 square kilometres) of land since the late 1990s. Many people have moved away, and those who stay say they are subject to frequent attacks by armed settlers. Airbnb, Booking.com and TripAdvisor all feature listings in Shiloh, but only Booking.com explains that its listing is located inside an Israeli settlement.

In recent years the Israeli government has invested huge sums to develop the tourism industry in settlements. It uses the designation of certain locations as tourist sites to justify the takeover of Palestinian land and homes, and often deliberately constructs settlements next to archaeological sites to emphasise the Jewish people’s historic connections to the region.

Amnesty’s report highlights how the Israeli government allows and encourages settlers to exploit land and natural resources that belong to Palestinians, and how Airbnb, Booking.com, Expedia and TripAdvisor also benefit from this exploitation.

“Despite the fact that these are illegally appropriated Palestinian natural resources, these activities only benefit settlers and the online companies that do business with them.”

Amnesty International documented the stark contrast between the tourist experiences on offer in the settlements and the human rights violations inflicted daily on Palestinians in the same areas.

Airbnb, Booking.com, Expedia and TripAdvisor all provide listings for holiday rentals and desert camping “experiences” run by settlers in or near Kfar Adumim settlement.  Some 180 residents of Khan al-Ahmar are at risk of being forcibly evicted by the Israeli army to make way for the illegal expansion of Kfar Adumim and other settlements in the area. Such forcible transfer of people in occupied territory constitutes a war crime. The Israeli authorities have offered the villagers a choice of two possible destinations: a site near the former Jerusalem municipal garbage dump, near the village of Abu Dis, or a site next to a sewage plant close to the city of Jericho.

“Desert Camping Israel”, promoted by Airbnb, Booking.com and Expedia, allows guests to pay up to US$235 a night to “experience the tranquillity of the desert and get a taste of warm Israeli hospitality”. TripAdvisor also lists a national park, a museum, a desert tour and a Bible-themed attraction on land near to Kfar Adumim.

“The camping experiences on offer are located on land which the Bedouin used to use for herding. As Kfar Adumim settlement has grown many Bedouin herders have lost their livelihoods and now depend on humanitarian aid,” said Seema Joshi.

“Every penny these companies earn from promoting tourism in Kfar Adumim is a profit from human rights violations. The fact that settlers are using Bedouin culture to draw in tourists adds insult to injury.”

Amnesty International also visited Khirbet Susiya village, where Palestinian residents live in temporary shelters after they were forcibly evicted from much of the area to make way for the expansion of the neighbouring Susya settlement. The Israeli authorities have blocked water cisterns and wells in Khirbet Susya, and in 2015 the UN estimated that about a third of villagers’ income was spent paying for water.

Susya is built around the ruins of an archaeological site, which at the time of writing was featured on both Airbnb and TripAdvisor along with photographs of places that travellers could visit, including the ruins, an olive grove, winery and vineyard, as well as a large swimming pool in the settlement.

The Israeli government’s development of archaeological sites in settlements like Susya and Shiloh is pivotal to its plans to develop and expand the settlements.

“The archaeological site in Susya like many other tourist attractions in or near settlements is driving human rights violations against neighbouring Palestinians. By promoting sites like these, online booking companies are complicit in the Israeli government’s illegal endeavour to expand the settlements at all costs.”

Prior to publication, Amnesty International wrote to the four companies and provided each with an opportunity to respond to its findings. Booking.com and Expedia provided responses, but Airbnb and TripAdvisor did not.

Amnesty International reviewed the responses in detail and took appropriate account of information provided in updating its findings. Copies of the companies’ responses can be found in the Annex to this report.