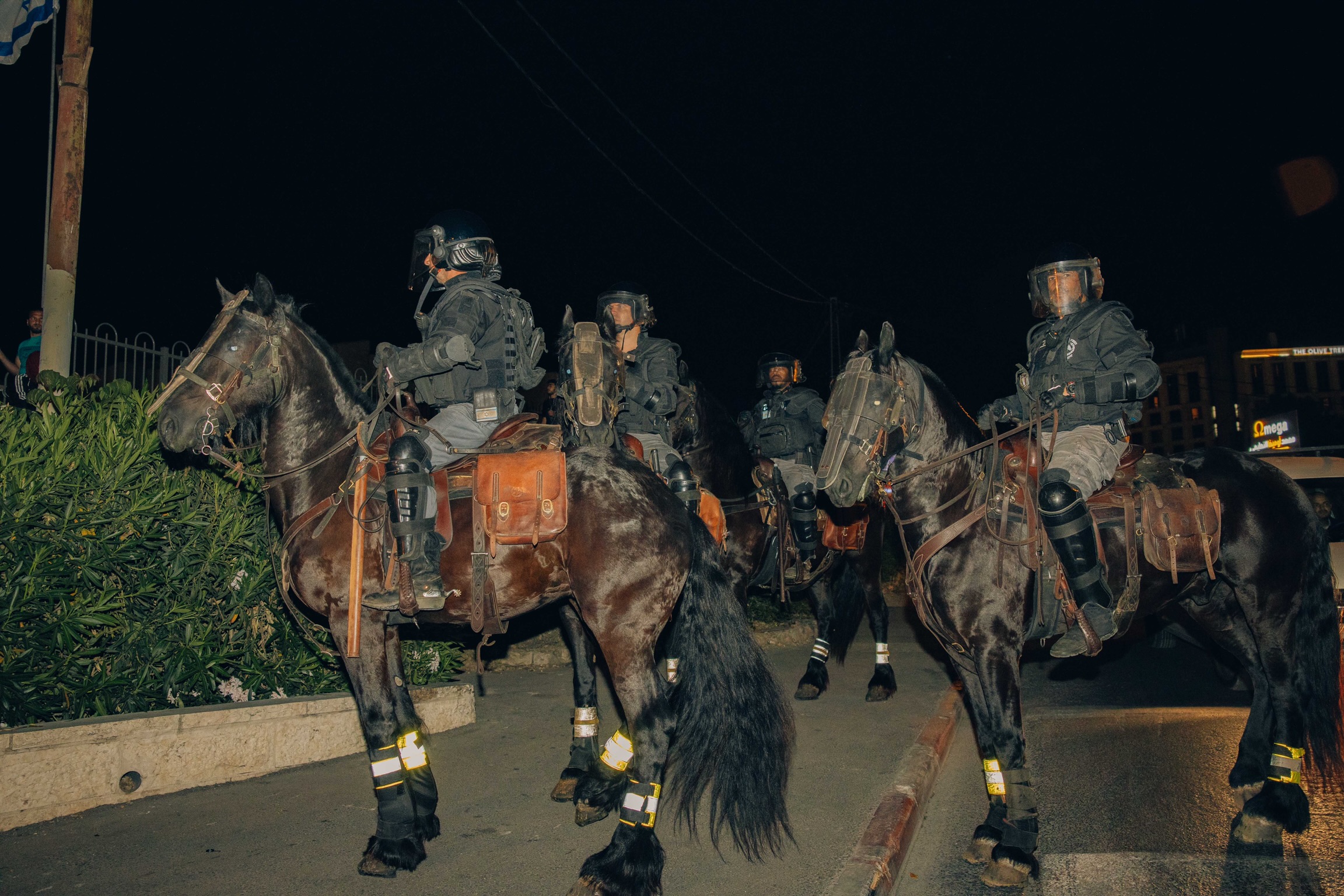 The organisation calls on Israeli authorities to immediately halt forced evictions in the neighbourhood of Sheikh Jarrah and end the ongoing forced displacement of Palestinians from East Jerusalem.

In the latest escalation, Palestinian armed groups have fired rockets and missiles into Israel, injuring at least one Israeli and there have been reports of several people killed in Gaza from retaliatory attacks by Israel.

Amnesty International calls on all parties to respect international humanitarian law and take all feasible precautions to avoid harming civilians.

“Evidence gathered by Amnesty International reveals a chilling pattern of Israeli forces using abusive and wanton force against largely peaceful Palestinian protesters in recent days. Some of those injured in the violence in East Jerusalem include bystanders or worshippers making Ramadan prayers,” said Saleh Higazi, Deputy Director for the Middle East and North Africa at Amnesty International.

“The latest violence brings into sharp focus Israel’s sustained campaign to expand illegal Israeli settlements and step up forced evictions of Palestinian residents – such as those in Sheikh Jarrah – to make way for Israeli settlers. These forced evictions are part of a continuing pattern in Sheikh Jarrah, they flagrantly violate international law and would amount to war crimes.”

Eyewitness testimonies, as well as videos and photographs taken by Amnesty International’s researchers on the ground in East Jerusalem, show how Israeli forces  have repeatedly deployed disproportionate and unlawful force to disperse protesters during violent raids on al-Aqsa mosque and carried out unprovoked attacks on peaceful demonstrators in Sheikh Jarrah.

Since the beginning of Ramadan on 13 April, tensions have been steadily rising as Palestinians protested against Israeli restrictions limiting their access to Damascus Gate, a main entrance to the Old City of Jerusalem. On 26 April, Israeli authorities removed the restrictions in response to the continuous demonstrations.  Anger has also been rising over the imminent plans to forcibly evict four Palestinian families from Sheikh Jarrah to make way for Israeli settlers.

Unlawful use of force

Tensions reached boiling point on 7 May, when more than 170 Palestinians were injured as Israeli forces stormed the al-Aqsa mosque compound in dispersing worshippers along with protesters, firing  40mm kinetic impact projectiles (KIPs) and concussion grenades into crowds gathered there for prayers on the last Friday of Ramadan.

A Palestinian journalist present at the scene described how Israeli forces went on the rampage firing projectiles and tear gas. He also said they stormed the clinic at the mosque and beat protesters. He told Amnesty International: “I’ve been covering events taking place in Jerusalem for the past 10 years… and I’ve never been this scared in my life. Everyone was a target. I want to say that the shooting was random, but that would be a lie. They knew exactly who and where they were aiming their bullets and grenades at. Most of the people were targeted in their upper bodies (eyes, face, and chest).”

He was also shot in the back while holding up his camera and attempting to leave the area.

In response, protesters at al-Aqsa threw stones and lit fires as Israeli forces on horseback and in riot gear used stun grenades to repel them.

On 10 May, more than 300 Palestinian protesters were injured when Israeli forces stormed the al-Aqsa compound for the second time in days. A Red Crescent spokesperson told Amnesty International that the violence led to the hospitalisation of at least 250 Palestinians, with seven in a critical condition.

Another witness on the scene said Israeli forces started firing tear gas from rooftops before more forces stormed al-Haram square from al Magharbeh gate. “They kept moving in pushing people into al-Aqsa mosque, locking [the doors] with metal chains… and then breaking a window to throw in tear gas at people literally locked up with not much room to breathe or get medical assistance… on top of it they started to  shoot rubber bullets at worshippers inside,” he said.

He also reported seeing Israeli forces beating passers-by and stopping cars evacuating the wounded in order to photograph the injured before letting them go. He himself was shot in the chest while he approached a medic on the scene who had been injured.

Over the past week, Palestinians in the Sheikh Jarrah neighbourhood have held nightly demonstrations in response to the imminent threat of forced eviction. Amnesty International has documented arbitrary arrests of peaceful demonstrators, the use of excessive force, arbitrary use of sound and stun grenades as well as the arbitrary spraying of maloderant (skunk) water canons at demonstrators and homes in Sheikh Jarrah.

Four Palestinian families in the neighbourhood are under imminent threat of forced eviction after a Jerusalem court rejected their appeal against an eviction order. Nahalat Shimon International, a settler company, has filed lawsuits to seize the homes of dozens of families in Sheikh Jarrah using inherently discriminatory laws, such as the Legal and Administrative Matter Laws as well as the Absentee Property Law of 1950, to confiscate Palestinian land or property and transfer it to settler groups. Forcible transfer of the occupied population is prohibited under international humanitarian law and constitutes a war crimes according to the Rome Statue of the International Criminal Court.

Amnesty International researchers witnessed an unprovoked attack by Israeli forces against a group of peaceful demonstrators in Sheikh Jarrah on 9 May. Israeli forces arrived shortly before iftar, the evening Ramadan meal. After the meal, tens of peaceful protesters formed a circle and began chanting against the imminent plans to evict Palestinian families from their homes. The demonstrators were at least 10 metres away from the Israeli forces who were stationed by a nearby Israeli settlers’ home. A short while later Israeli forces launched a coordinated attack to disperse the crowd of Palestinian protesters. Israeli forces on horseback began to sprint towards the crowd. One man limping in pain said he was trampled on by police horses as he tried to run away from the area. Residents were pushed into the walls of their homes and five men were arbitrarily arrested.

Israeli forces began to shove and hit the group – including an Amnesty researcher observing the protest. At around 10pm they brought the skunk water canons and sound grenades and began to arbitrarily fire at demonstrators.

Osama Dweik, was arrested during a nightly demonstration in Sheikh Jarrah on 6 May when Israeli police suddenly charged at the group of protesters and immediately detained him. At the police station he saw Israeli police kicking and beating with batons four Palestinians detained during the Damascus Gate clashes and Sheikh Jarrah protests. Seven other people were arrested at Sheikh Jarrah that night alone.

Gil Hammerschlag, an Israeli activist demonstrating against the forced evictions at Sheikh Jarrah on 7 May, was shoved and kicked by Israeli forces who threw sound grenades at peaceful demonstrators from less than 10 metres away.

On the same day, a middle-aged Palestinian man was left badly bruised in the leg when Israeli forces threw a stun grenade that struck him in the thigh. A photographer also on the scene told how Israeli forces, including police on horseback, charged towards a crowd peacefully chanting after one of the protesters threw a plastic water bottle at them.

“Israel must not be allowed to continue its rampage against Palestinians who are simply defending their right to exist and protesting against their forced displacement. Mere expressions of concerns about Israel’s utter disregard for its obligations under international law are not sufficient. There must be clear and strong denunciations of the flagrant violations, including forced displacement, the expansion of illegal settlements and the brutal repression of people protesting against such grave violations,” said Saleh Higazi.

“As an immediate step, we call on the United Nations Security Council members to convene an open session and for the Special Coordinator for the Middle East Peace Process to brief member states.”

Nabil el-Kurd, one of the residents under threat of forced eviction in Sheikh Jarrah, told Amnesty International, said: “Sheikh Jarrah is sending a message to the whole world, including the US Congress, the UK Parliament, the French Parliament, the EU Parliament, the International Criminal Court, that what is happening to us is a war crime. It is not just an eviction, but a war crime. Remember that. I do not know why the entire world is watching what is happening and letting Israel get away with it. It is time they stopped spoiling Israel.”