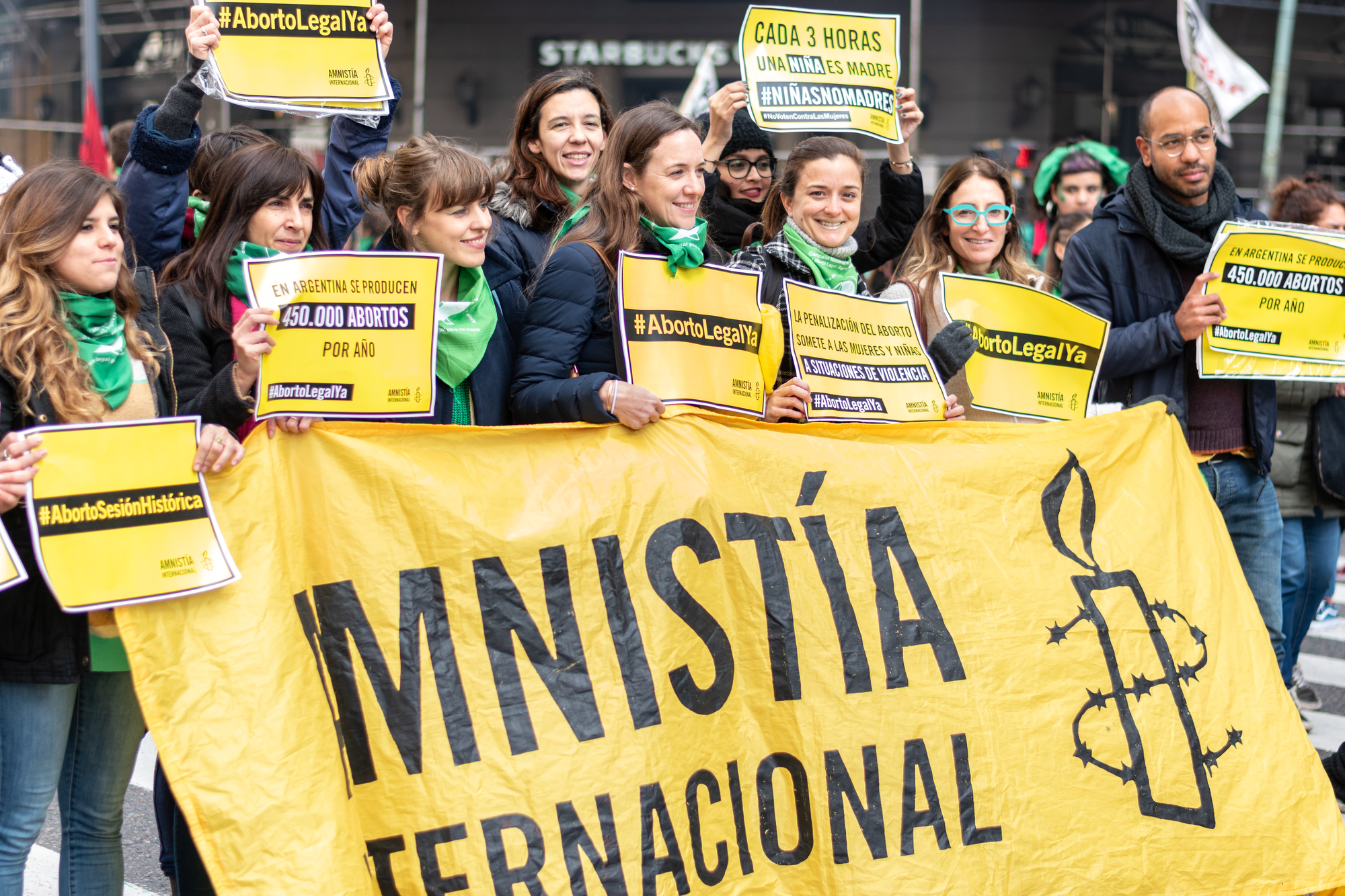 We note with interest that, following two months of public and participatory parliamentary hearings, on 14 June the Argentinian Chamber of Deputies took a historic step forward for the human rights of women and girls by voting in favour of this Bill. Now that it has passed to the Senate, the Bill’s final approval – and the lives of women and girls in Argentina – hinge on your votes.

We note with concern that Argentina’s criminalisation of abortion forces hundreds of thousands of women each year to undergo clandestine and unsafe abortions, putting their lives and health at risk. By continuing to criminalise abortion, your State is violating women and girl’s human rights. Even in the limited circumstances where abortion is lawful – when the pregnancy is the result of a rape, or if the woman’s life or health is in danger – women and girls continue to face multiple obstacles to accessing legal abortions.

According to official information from the Ministry of Health, half a million women undergo clandestine abortions every year in Argentina. In 2013 alone, 49,000 women were admitted to public hospitals for abortion-related health complications. Criminalising abortion therefore forces women and girls to make a cruel choice: put their health and lives at risk, or go to jail.

Since 1983, over 3,000 women in Argentina have lost their lives because of the criminalisation of abortion. Since 1983, while few women have died in Ireland from lack of access to safe abortion services; however, 170,000 have had to travel to England and elsewhere for these services. In Ireland and Argentina, it is clear that criminalising and banning abortion has not stopped abortions. It has instead inflicted immense harm and cruelty on women and girls.

In Ireland however, our executive government and parliament have recently taken action. We established a cross-party parliamentary committee (the Oireachtas Joint Committee on the Eighth Amendment of the Constitution) to make proposals for legislation that would expand access to abortion in Ireland. One of the committee’s recommendations in its December 2017 report was that access to abortion without restriction as to reason (‘on request’) should be lawful in the first trimester  of pregnancy (in addition to access in later pregnancy where the health or life of the pregnant woman is at risk, or where a fatal foetal impairment has been diagnosed). A Bill to realise the reforms recommended by our parliamentary committee will be introduced in the autumn.

We hope that our experience in Ireland illustrates that legislating to safeguard women’s access to safe and lawful abortion services is both necessary and possible. We urge that you, the members of the Argentinian Senate, now seize this momentous opportunity to put an end to the injustices against women and girls by voting favour of this Bill.

Thank you for your attention.