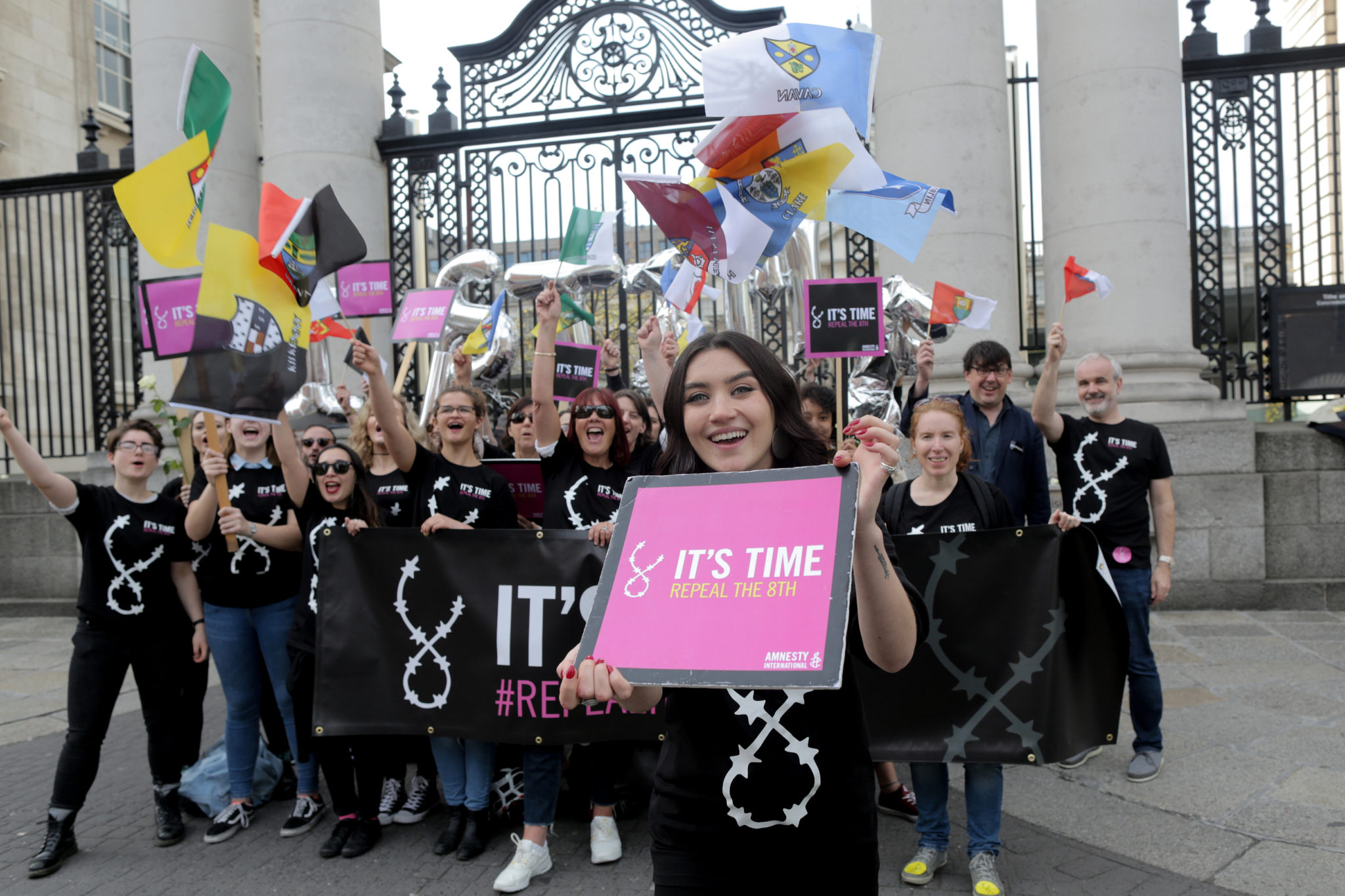 Today the people of Ireland sent a powerful message to women and girls that their human rights and reproductive health matter. In this historic referendum, the Irish people have resoundingly voted by a decisive 66.4% Yes majority, to end the almost total constitutional ban on abortion.

“This is such an important vote for women’s dignity and bodily autonomy. It shows what sort of country Ireland really is – one where people care.  At last, Ireland is free to create a legal and medical framework for abortion access that respects their human rights. Women will no longer be forced to continue with pregnancies regardless of the devastating impact on their lives, health and families,” said Colm O’Gorman, Executive Director of Amnesty International Ireland.

“Today, the people of Ireland have recognised the harm and suffering the Eighth Amendment has caused, and voted to end this. They have rejected the idea that women should be valued only for their reproductive capacity. We see a new consensus in Ireland that women and girls who need abortion services should be cared for at home. This is reflected across government and politics too.

“We are proud and honoured to have been part of this campaign in Ireland. This referendum victory is the result of decades of campaigning by civil society groups and activists. The energy and commitment shown by the thousands of people who came together and worked for this result has been remarkable. But today’s Yes vote is also because women bravely spoke out and told their stories of the Eighth Amendment. Their experiences could not be denied. They made today possible, and this is their victory.”

“This vote is also a significant recognition of women’s equality. Only when women are free to make decisions about their own bodies, health and lives, can they be truly equal. Ireland’s abortion ban has hit women and girls in poverty, with disabilities, migrant women hardest. They face the most difficulty as they are least able to travel to other countries, or access abortion pills illegally. Today’s result recognises their experiences and rights too.”

Amnesty International has been campaigning for a human rights compliant abortion law in Ireland since its global campaign ‘My Body My Rights’ in 2014. This campaign was directed at ending the control and criminalisation of sexuality and reproduction around the world.

“The people of Ireland have given hope to women around the world that their rights could be realised in their countries too. In a time of global rollback on women’s sexual and reproductive rights, Ireland has moved in the other direction. Today’s vote sends a message to Northern Ireland, El Salvador, Poland and other places were the struggle continues, that change is possible. States currently considering restricting abortion access should take a lesson from Ireland. The Eighth Amendment was a failed experiment. It never actually stopped abortions, just forced hundreds of thousands of women and girls into having unsafe abortions. It inflicted 35 years of harm and anguish.”

Amnesty International Ireland campaigned for a Yes vote in the referendum, and will continue to work for a human rights compliant legal and medical framework for access to abortion services in Ireland.

“We commend the government for having taken decisive action on what has been such an intractable issue for so long. It took abortion reform out of ‘debate’ and into a space for meaningful review of fact and evidence.  The members of the Citizens’ Assembly helped get us here, when they backed repealing the Eighth Amendment and a broadly human rights compliant model of law reform. Credit is also due to the politicians on the special Joint Oireachtas Committee who supported the Assembly’s proposal, and their parties. We look forward to engaging with the government and the Oireachtas again now, to make sure our new law and practice respect and fulfil women’s rights.”