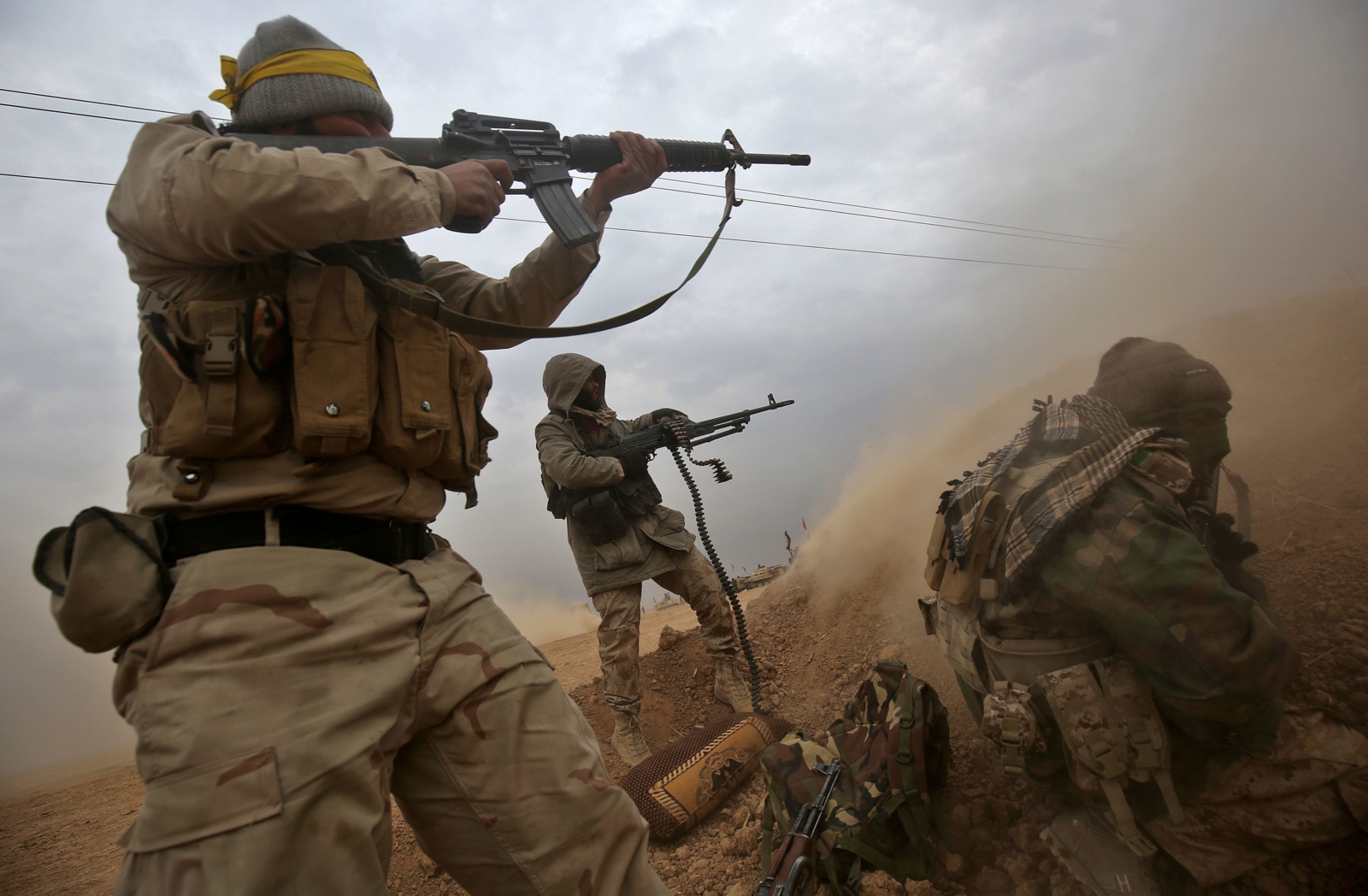 The United Nations has estimated that 200,000 civilians remain in the two-square-kilometer area in west Mosul’s Old City, which Iraqi and US-led coalition forces are encircling in preparation for the battle there.

“ISIS has been forcibly displacing thousands people into the zones of conflict and using them as human shields,” said Lynn Maalouf, Middle East Director of Research at Amnesty International. “Iraqi and coalition forces must take all possible measures to protect civilians, otherwise we risk witnessing a bloodbath in Mosul’s Old City.”

On May 25, 2017, anti-ISIS forces dropped leaflets urging civilians to immediately leave areas under ISIS control. Anti-ISIS forces should take all feasible precautions to minimize harm when carrying out attacks and ensure that civilians can safely evacuate the Old City and get humanitarian assistance both inside and outside the besieged area. With the offensive to take west Mosul entering its 109th day, the situation for civilians trapped there is growing increasingly perilous. Those fleeing Mosul have told humanitarian and human rights organizations that markets are being emptied of food, with civilians subsisting on little more than wheat and rainwater.

Rising civilian casualties from aerial operations have heightened concerns regarding coalition and Iraqi forces use of airstrikes. The use of explosive weapons with wide-area effects such as air-dropped bombs of 500lbs and above, which have been used in the context of the operation, in densely populated civilian areas of western Mosul may be resulting in civilian casualties and damage to civilian objects that is excessive to the anticipated military objectives of the strikes. Such disproportionate military attacks are prohibited under international humanitarian law.

Iraqi forces have also been launching locally fabricated rockets, commonly known as improvised rocket-assisted munitions (IRAMs), into west Mosul. Images published by media outlets and the US military also depict US forces and Iraqi forces firing mortars and unguided artillery rockets into western Mosul. Both of these weapons are inaccurate and can be unlawfully indiscriminate if used in heavily populated areas.

The difficulty of detecting civilians in the packed city, even with advanced targeting systems and continuous observation, make it difficult to determine accurately the number of civilians occupying a target area prior to approving strikes. The dangers are increased by ISIS’s use of civilians as “human shields,” which is a war crime.

Dozens of newly displaced people from west Mosul, including the Old City, have told humanitarian and human rights organizations that ISIS fighters forced them and their families to move with them up to three times, packing large numbers of families into small neighborhoods still under their control. They witnessed fighters summarily killing dozens of men as punishment as they and their families tried to flee ISIS control. They also saw ISIS fighters fire on groups of civilians as they fled; and some saw fleeing civilians shot and killed.

As the fighting intensifies and ISIS increases its use of civilians as shields, anti-ISIS forces should use all available means to verify the presence and location of civilians in the immediate vicinity of any fighters or military objectives targeted. In December 2016, US forces made procedural changes in its targeting that may increase the likelihood of civilian casualties.

Individuals who commit serious violations of the laws of war with criminal intent – that is, deliberately or recklessly – are responsible for war crimes. Individuals also may be held criminally liable for attempting to commit a war crime, as well as assisting in, facilitating, aiding, or abetting a war crime.

The laws of war require that the parties to a conflict take constant care during military operations to spare the civilian population and to “take all feasible precautions” to avoid or minimize the incidental loss of civilian life and damage to civilian objects. When used in populated areas, munitions with large payloads of high explosives can have a wide-area destructive effect, and it is not possible when using them to distinguish adequately between civilians and combatants, almost inevitably resulting in civilian casualties.

Weapons such as mortars and multi-barrel rocket launchers when firing unguided munitions and IRAMs are fundamentally inaccurate. This can make discriminating between civilians and combatants during an attack on a densely populated area virtually impossible. Human rights and humanitarian organizations and journalists have documented the use by Iraqi forces of IRAMs that lack the ability to be aimed beyond a basic orientation toward the target and are inherently indiscriminate.

Mortars and multi-barrel rocket launchers firing unguided munitions used by anti-ISIS forces can be aimed and adjusted by an observer, but are area-fire weapons and, when used in densely populated areas, are prone to unlawful indiscriminate use. Iraqi and US-led coalition forces should avoid all use of these weapons in the densely populated Old City of west Mosul.