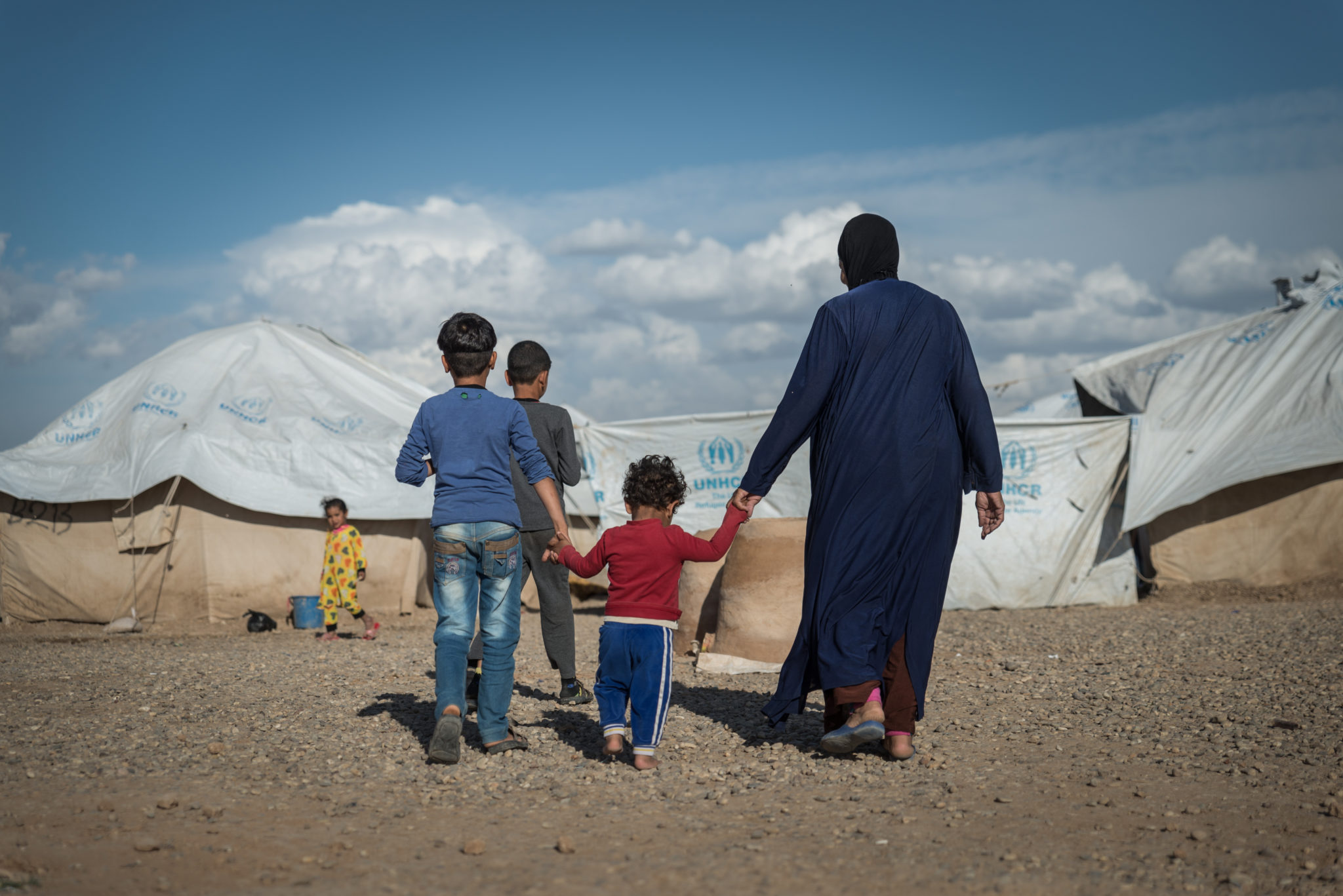 Iraq: Women and children with perceived ties to IS denied aid, sexually exploited and trapped in camps

Iraqi women and children with perceived ties to the armed group calling itself the Islamic State (IS) are being denied humanitarian aid and prevented from returning to their homes, with an alarming number of women subjected to sexual violence, Amnesty International said in a new report published today.

The Condemned: Women and Children Isolated, Trapped and Exploited in Iraq reveals widespread discrimination against women living in camps for internally displaced people (IDPs) by security forces, members of camp administrations and local authorities, who believe these women are affiliated to IS.

Amnesty International established that sexual exploitation was occurring in each of the eight camps that Amnesty researchers visited.

“The war against IS in Iraq may be over, but the suffering of Iraqis is far from over. Iraqi women and children with perceived ties to IS are being punished for crimes they did not commit,” said Colm O’Gorman, Executive Director of Amnesty International Ireland.

“Cast out of their communities, these families have nowhere and no one to turn to. They are trapped in camps, ostracized and denied food, water and other essentials. This humiliating collective punishment risks laying the foundation for future violence. It is no way to build the just and sustainable peace that Iraqis so desperately desire and need.”

The report details the plight of thousands of female-headed families who have been left to fend for themselves in IDP camps after male family members were killed, or arbitrarily arrested and forcibly disappeared while fleeing IS-held areas in and around Mosul.

In many cases, the men’s only “crime” was escaping an IS stronghold, having similar names to those on questionable “wanted lists” or working in non-combat roles with IS as cooks or drivers.

The research shows that women and children in IDP camps across Iraq are denied food and health care as a result of their perceived ties to IS.

These families are also routinely blocked from obtaining identity cards and other documents needed to work and move freely. In at least one camp, families suspected of links to IS are forbidden to leave what has become a de facto detention centre.

Desperate and isolated, the women are at heightened risk of sexual exploitation by security forces, armed guards and members of militias working in and near the camps. In each of the eight camps Amnesty International visited, women were being coerced and pressured into entering sexual relationships in exchange for desperately needed cash, humanitarian aid and protection from other men.

These women are also at risk of rape. Four women told Amnesty International they had either witnessed rape directly or heard the screams of a woman in a nearby tent who was being raped by armed men, members of the camp administration or other camp residents.

“Dana”, a 20-year-old woman, told Amnesty International she had survived several rape attempts and faced relentless pressure to have sex with a member of the security forces in her camp.

“Because they consider me the same as an IS fighter, they will rape me and return me back. They want to show everyone what they can do to me – to take away my honour,” she said.

“I can’t feel comfortable in my tent. I just want a door to lock and walls around me… Each night, I say to myself, ‘Tonight is the night I’m going to die’.”

Many of the women that Amnesty interviewed in IDP camps expressed fear for their safety.

“Women are being subjected to dehumanising and discriminatory treatment by armed men operating in the camps for their alleged affiliation with IS. The very people who are supposed to be protecting them are turning into predators,” said Colm O’Gorman.

“The Iraqi government must show it is serious about ending the violations against these women by holding all perpetrators to account and stopping all armed men from entering IDP camps.”

In several areas, local and tribal authorities have issued orders that block the return of women and children with perceived ties to IS, leaving them trapped in the IDP camps.

Those who have made it home have faced evictions, forced displacement, looting, threats and abuse, including sexual abuse and sexual harassment. In some instances, their houses have been marked “Daeshi” (the Arabic term for IS) and destroyed or they have had their electricity, water and other services cut off.

“Maha” described to Amnesty International the despair she felt at facing such discrimination.

“Sometimes I ask myself: why didn’t I just die in an air strike? I attempted to commit suicide but I didn’t follow through. I put kerosene on myself, but before I lit it on fire, I thought of my son,” she said.

“I feel I am at my end. I am in a prison here. I am completely alone – without my husband, my father – no one is with me anymore.”

The situation for women like “Maha” is likely to get even worse as international funding for the humanitarian crisis in Iraq is projected to sharply decrease.

In advance of Iraq’s parliamentary elections in May, displaced people are being urged to leave IDP camps as the government’s focus turns to closing and consolidating them.

“The Iraqi authorities must ensure that families in IDP camps with perceived ties to IS are given equal access to humanitarian aid, health care and civil documents. These families must be allowed to return home without fear of intimidation, arrest or attacks,” said Colm O’Gorman.

“The authorities must also immediately end the systematic and widespread practice of forcibly disappearing men and boys with perceived ties to IS that has left thousands of wives, mothers, daughters and sons in desperate situations.

“To put an end to the poisonous cycle of marginalization and communal violence that has plagued Iraq for decades, the Iraqi government and international community must commit to upholding the rights of all Iraqis without discrimination. Without this, there can be no national reconciliation or lasting peace.”

The report was based on interviews with 92 women in eight IDP camps in Ninewa and Salah al-Din governorates. Researchers also interviewed 30 local and international NGO workers, 11 members of camp administrations and nine current and former UN officials.